Quadruple “Witching” Days Once Scared Retail Investors, but Now They Have More Options 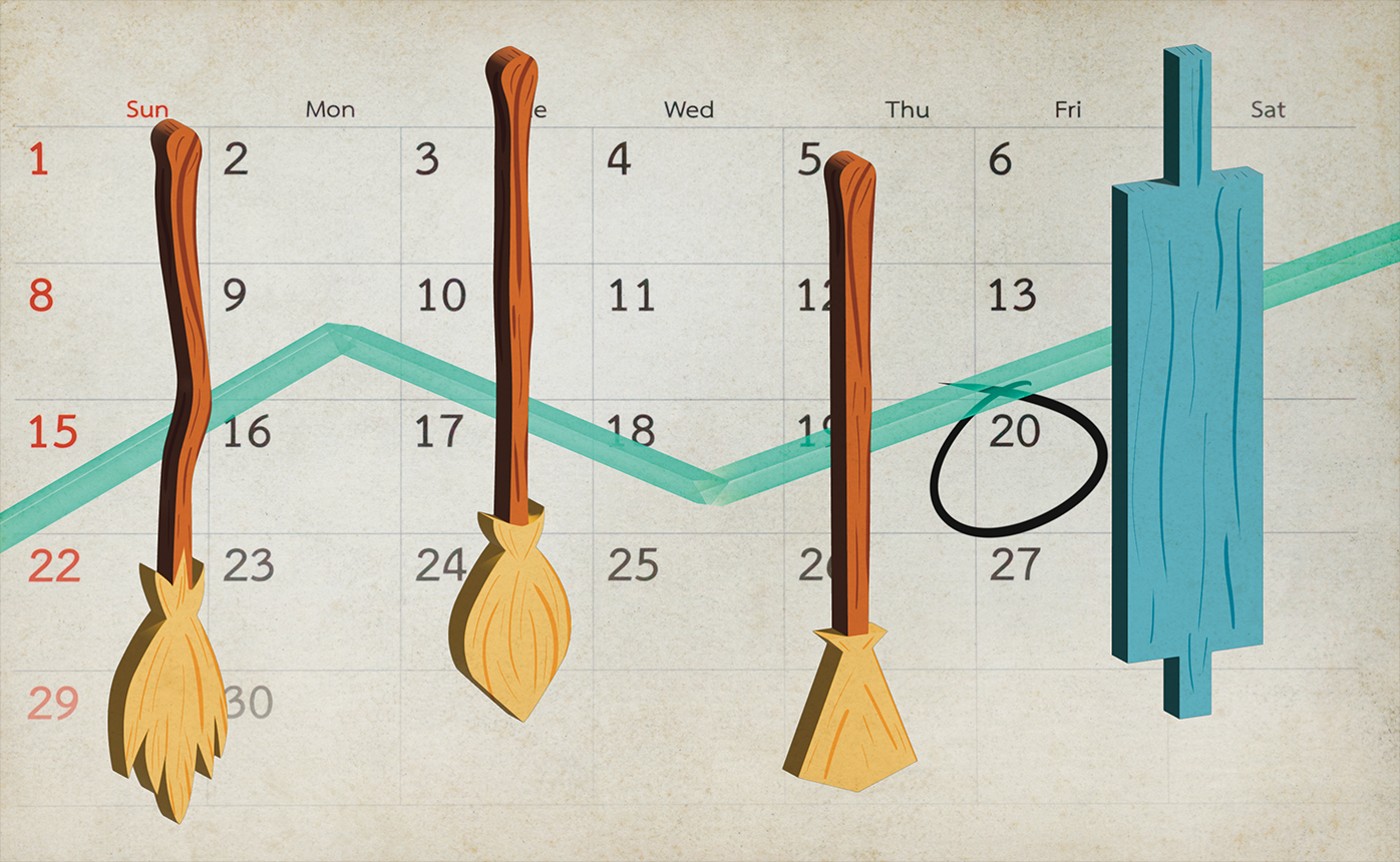 There’re plenty of things investors should probably have a healthy sense of fear about, but arguably, “witching” is no longer one of the biggies.

Much of the risk that once hit the markets on a single Friday each quarter when contracts for stock index futures, stock index options, stock options, and single-stock futures all expire is now spread over a longer time period. When “triple” witching—or as some call it, “quadruple” witching—looms, you don’t necessarily have to run and hide anymore.

“Witching Friday doesn’t hold the relevance it once did,” said Scott Connor, Director Trader Education at TD Ameritrade. “In the past, ‘witching’ was limited to Friday expirations for S&P 500 Index options and futures contracts. But now with Monday, Wednesday, and Friday expirations, traders have more opportunities to roll over risk.”

A couple of decades ago, volatility associated with triple witching (which got the “quadruple” label after single-stock futures debuted in 2002) sometimes meant not being 100% certain of your position going into the weekend. If, for example, the index fluctuated around an options strike in which you held a short position, you might not know whether (or how many) of those options would be assigned to you.

And remember, we’re talking about the days before electronic order matching; every trade detail—counter-party, price, quantity, and contract month—was negotiated in a pit, and not all the information matched up.

Witching could also be tough on the average retail investor, who didn’t typically have access to the same information as traders on the floor.

From his current perspective, Connor can look back fondly on those times, even though it wasn’t as easy for retail investors back then.

Pit Traders Once Held the Cards

“There was always a tremendous amount of anticipation going into the witching expirations,” Connor said, discussing his memories of triple witching in the days when he was a young trader in the Chicago pits. “As a market maker on the Cboe, you had to be on your toes, keep a watch on your positions, and pay close attention to what was trading around you. We expected spikes in volatility, but we knew this also created potential opportunity.”

The volatility would often start a day or two before expirations and last right up to the closing minutes, he recalled. Pit traders held a big advantage at the time because they had a physical presence at the point of price discovery. “As young traders, we witnessed the order flow through open outcry in the pits,” Connor remembered. But even pit traders sometimes suffered nasty surprises.

“Today, market-on-close orders have to be in by 3:40 p.m. ET,” Connor said. “But at that time, there was a different set of rules, and large orders could be rushed into the pit minutes before the closing bell, which often created significant moves.”

Retail investors at the time had no access to the order flow and risked sharp losses if they held positions into the close, according to Connor. Although triple witching occurred only once a quarter, options expiration at the end of each month was another day that put retail investors at a disadvantage.

Rules put into place since then have smoothed out the process a great deal, and technology also helps protect retail investors against the more dramatic impacts of witching.

“With electronic trading and one-click order entry, retail traders are essentially on the same playing field that traders were in the pits."

“For retail traders today, the landscaped has changed considerably and for the better,” Connor said. “With electronic trading and one-click order entry, retail traders are essentially on the same playing field that traders were in the pits. This brings more efficiency to the markets and tends to dampen the volatile swings we saw on those witching expirations.”

Retail Investors Still Need To Be on Their Toes

All that said, triple (or quadruple) witching still occurs on the third Friday of March, June, September, and December, and those remain days when investors might want to exercise a little more care, just as Connor did in the pits long ago.

“Keep in mind, the lower trend in volatility doesn’t mean traders should ignore these expirations. Large trading firms often have positions expiring on these dates, and the potential for big moves is still there. Retail traders are in a much better position than in the past but need to maintain a heightened awareness that large baskets of stocks or futures may be unwound, especially around the opening and closing hour. In brief, all expirations are important, but quadruple witching requires an even higher degree of attention.”

Because they are short-lived instruments, Weekly options positions require close monitoring, as they can be subject to significant volatility. Profits can disappear quickly and can even turn into losses with a very small movement of the underlying asset.