Traders may live for momentum but finding it is another story. Gaps, rectangles, flags, head and shoulders, and triple top chart patterns could help you figure out which way prices could move and with how much momentum. 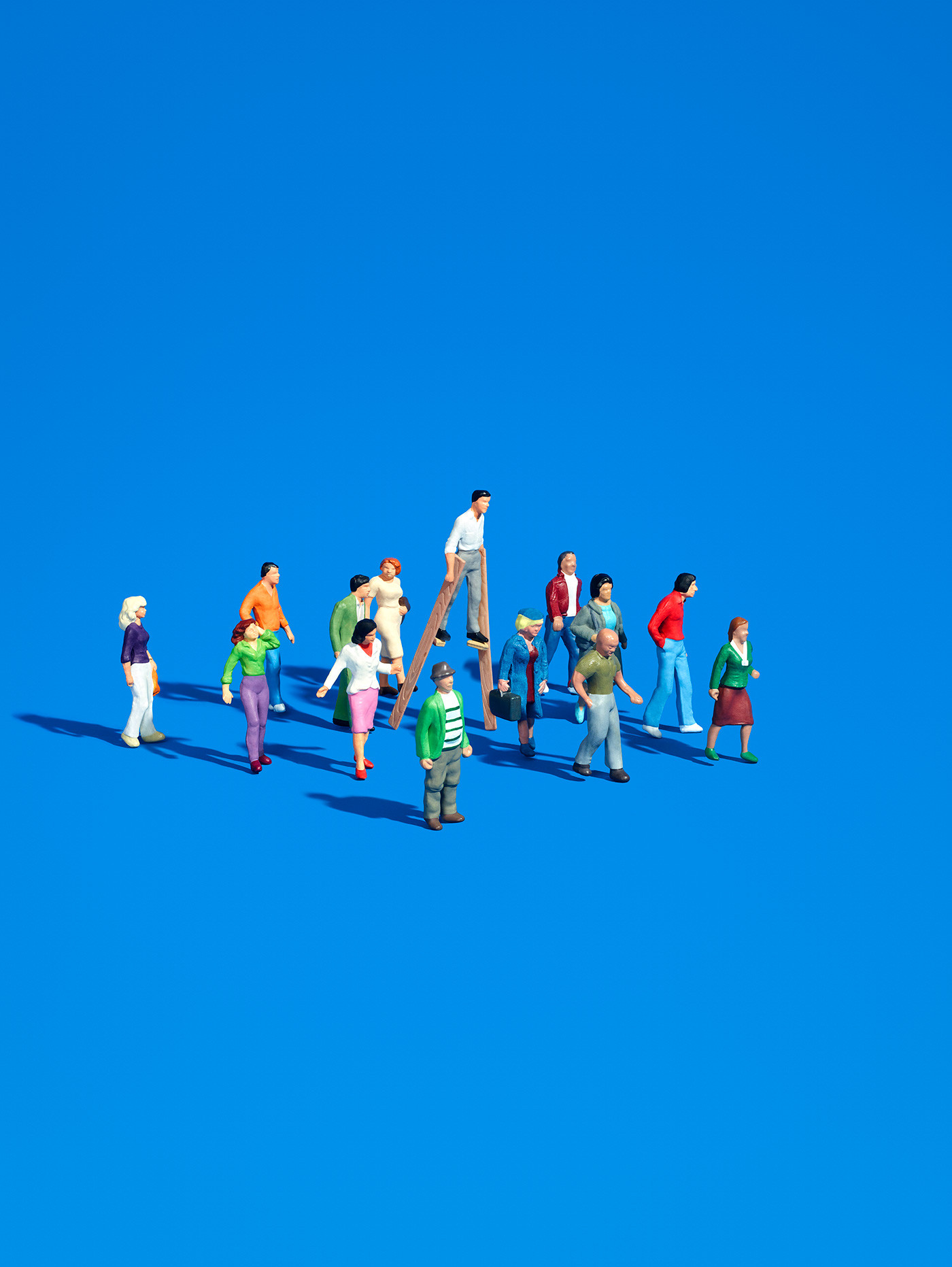 Nobody knows when a trend is going to begin or end. But you can analyze the markets from the perspective of “crowd behavior.” And that could potentially increase your chances of knowing which way price could move.

Crowds create momentum in the markets, but they can also influence you to make hasty trading decisions like buying at the top of a trend or selling at the bottom of one. How can you objectively analyze crowd action and gauge your entry points?

Patterns to the Rescue

You may have heard of chart patterns with esoteric names like head and shoulders or broadening bottoms. Chart patterns tell a story about the battle between bulls and bears. When you see this battle play out, it exposes directional bias, which ultimately may help you manage options trades.

Chart patterns are visual, and analyzing them is more art than science. As an option trader, you want momentum. And that means looking for strong price breakouts when, for instance, volatility picks up and raises premiums. You don’t need to know every chart pattern. But it’s helpful to consider a few from three broad pattern categories—consolidation, continuation, and reversal—to get started.

First, start by pulling up a chart on your thinkorswim® platform from TD Ameritrade. Go back in time far enough to observe a trend, beginning to end. Look for areas of consolidation, continuation, and reversal. You’ll discover different characteristics in each of these categories.

Consolidation—After the initial downtrend in Figure 1, price consolidates for about four months before an uptrend begins. During consolidation, traders are unsure about price direction. The uptrend starts only when price breaks out of the rectangle’s top edge on high volume.

Continuation—Once an uptrend begins, notice several pauses within the trend, although the trend continues. During these pauses, continuation patterns such as flags, pennants, and triangles emerge. Notice gaps between price bars. These can also provide clues about price movement.

Reversal—The trend could end here (last green bar on chart), but the probability appears low. Price did make a huge move higher on an “up gap,” and with high volume, which suggests upside momentum is still present. On the following day, there was a selloff, but on low volume. So, bulls may still be in control.
Let’s take a deeper dive into these common patterns.

Consolidations usually form before a trend begins, while continuations take place when a trend pauses before resuming. Here’s what some of the more common patterns reveal.

1. Gaps
Price gaps occur frequently, as you can see from looking at any price chart. Gaps come in different types—common, breakaway, exhaustion, continuation—but we won’t explore those details for the moment. For now, keep in mind that gaps look like blank spaces on a chart, often accompanied by high volume. Several gaps are highlighted in Figure 1.

FIGURE 1: GAPS COME IN ALL SHAPES AND SIZES. Sometimes prices open higher or lower than the previous day's close. This can happen for any number of reasons and indicates if bulls or bears have the upper hand, even if it's for a short period of time. Source: thinkorswim from TD Ameritrade. For illustrative purposes only.
Breakaway gap—This signals an attempt to change a trend’s direction. In this case, it occurred after a downtrend, and on high volume. This suggests the bulls may have finally taken over, but it took them about five months to gain their strength.

Common gap—A news event or earnings release likely caused this reaction. Although price gapped up on high volume, after the reaction, prices retraced back.

Continuation gap—This takes place in the middle of a move and confirms the trend’s direction, in this case a bullish one. Note how the low of the gap bar acted as a strong support level—prices hit this level and bounced off.

2. Rectangles
These can be consolidations or continuations. They have relatively equal levels of highs and lows. To form a rectangle, price comes close to, or touches, these levels at least four or five times.
In Figure 2, notice how volume stays low when price moves within the rectangle, except when it touches a top or bottom. When price approaches a top or bottom, some traders think it may be a reversal, and take positions accordingly. Yet, when things don’t go as expected, they may panic and rush to either sell their long positions or cover their shorts. That’s why there’s so much momentum when price breaks out of a rectangle, regardless of whether a trend starts or continues.

FIGURE 2: RECTANGLES. During a consolidation, price usually moves up and down between the top and bottom of a rectangular pattern. Source: thinkorswim from TD Ameritrade. For illustrative purposes only.

3. Flags
These are pauses in a trend that explode with strong momentum, usually in the original trend’s direction. They look like a parallelogram with a slope, opposite that of the prevailing trend. Flags often portray a tug-of-war between buyers and sellers. In the flag formation in Figure 3, note the slight uptick in volume when price touches the flag’s lower level. Although the prevailing trend is bullish, the bears try to take control over the bulls during this consolidation. Even after price breaks out of the flag, bulls have some hesitation. After a few low-volume trading days, the bulls regain their strength, and bullish momentum picks up. A strong breakout like this suggests bullish directional bias—think short put verticals and long call verticals .

FIGURE 3: FLAGS AS CONTINUATION. During a trend, price may move in the opposite direction for a time. Source: thinkorswim from TD Ameritrade. For illustrative purposes only.

Has the market topped or bottomed? Here are a couple patterns that typically appear at tops, and in reverse formation, at bottoms.

4. Head and Shoulders
These patterns can occur at the top of an uptrend, or the bottom of a downtrend. Remember Figure 1, where we weren’t sure if the trend was going to reverse or continue? It wasn’t until about nine months later that the trend showed signs of a reversal, with a head and shoulders top (Figure 4). Note the middle peak (head), with two lower peaks on either side (left and right shoulders).

FIGURE 4: HEAD AND SHOULDERS. As reversals, these patterns could appear at the top or bottom of a trend, but don’t let them fool you. Wait for a breakout below the “neckline” before putting on positions. Source: thinkorswim from TD Ameritrade. For illustrative purposes only.

In the classic head and shoulders pattern, the head isn’t spiky. But now that more traders have access to the markets, the head forms quickly as retail and institutional traders jump in and fuel the rally. Meanwhile, the bigger traders may take advantage of the price peak and sell off their positions.

Head and shoulders patterns have what’s called a “neckline,” which is the clear support (or resistance for an inverse pattern). Price needs to break out from the neckline on high volume to increase the likelihood of a true reversal. In Figure 4, the last four down bars show increasing volume—bears are taking over, and the trend is likely to reverse.

5. Triple Tops
When you have three somewhat equal price peaks after an uptrend, it may be an indication of the trend’s end and the beginning of a reversal. While the triple top is playing out, you may sense indecision among traders. It could become a double top, a rectangle, or some other continuation pattern, depending on where price bounces occur, and with how much volume. After the third peak, if volume increases during selloffs (a sign the bears are winning the battle), it’s likely the trend will reverse.

In Figure 5, after the third peak, you see a consolidation. Then price heads back toward the top, but doesn’t make it. The catalyst for the turnaround was one selloff day with huge volume. After that it was all downhill—price continued to drop, with high volume on down days. There were times when bulls attempted to push prices higher, but without success. The bears had the upper hand.

FIGURE 5: TRIPLE TOPS FOR A REVERSAL. There can be a lot of momentum as a triple top plays out because of the indecision among traders. Keep an eye on volume as the peaks form. Source: thinkorswim from TD Ameritrade. For illustrative purposes only.

When looking for momentum, acknowledge the strength and power of crowds. There are two things crowds do: buy and sell. And while it’s never a sure thing, their behavior tends to be repetitive. Resist being drawn to the trend’s external appearance. Instead, try to recognize what’s going on behind those price bars to gauge your potential entry and exit points.