Consumers should carefully consider several questions before locking themselves into longer-term car loans. 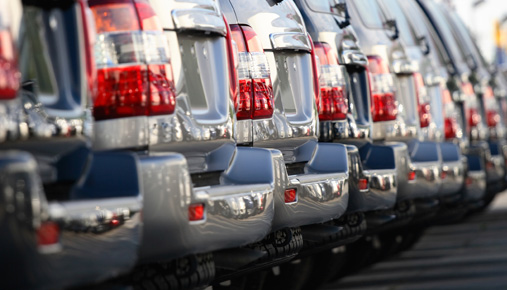 If you've got your eye on a new set of wheels, you aren't alone. Last year, Americans snapped up new cars at the highest rate since 2006.

The acceleration reflects a number of factors. Cars on the road in the U.S. are nearly 11 years old, on average. Meanwhile, low interest rates, easier availability of credit, and an improving U.S. economy are contributing to stronger sales.

What's different now is that lenders have stretched out the length of time borrowers have to repay car loans, giving them 72 months or even 84 months. Currently, auto loans average around 66 months, according to David Bennett, manager of automotive programs for
AAA.

By comparison, 36-month loans were the norm in the 1970s and ’80s, while more recently, five-year loans were common.

Longer loans with smaller monthly payments may help motorists “trade up” to a nicer vehicle and ease pressure on their budgets. But, as with many forms of debt, there are two sides to the coin, and borrowers need to be aware of potential downsides.

“By extending payments of a vehicle over a longer period of time, it may allow you to buy more,” Bennett said. “Instead of buying a compact, you may buy an SUV or a luxury car.”

However, with a seven-year loan, for example, “you don't build up equity in your vehicle as quickly,” Bennett noted. “If you go to trade in your car in three to four years, you might have negative equity or very little equity in the vehicle.”

Banks are loosening their restrictions and lending more freely after clamping down in the wake of the 2008–09 financial crisis, Bennett said. And, as with a home mortgage, auto borrowers are paying more interest than principal in the early years of a loan.

But before you sign on the dotted line and zoom off the lot, think carefully about a few things, industry experts say. Questions to consider include how many miles you expect to put on the vehicle and how often you might trade in for a newer model.

Think also about your life plans. If you’re a twenty-something singleton, a sporty two-seater might seem pretty cool. But what happens if in two or three years you’re married and maybe even need to find space for a baby seat? You might find yourself with very little equity in your car if a life change necessitates a trade-in.

“Look forward a couple of years,” Bennett said. “Be realistic about what your needs will be.”