The Fed: Consider The Forest, Not Just the Trees

The Federal Reserve has begun hiking interest rates, but that does not necessarily mean a recession is imminent. 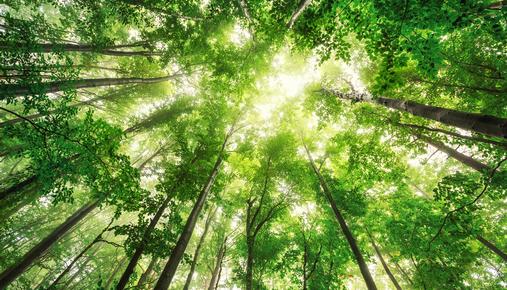 Last week's Congressional testimony by Fed Chair Yellen sparked ideas that an interest rate hike could come as early as March. Whether or not the Fed pulls the trigger on an interest rate hike in March or June, it’s important to step back and see the forest, not just the trees when it comes to the monetary policy outlook.

Why? Perhaps this time it really is different.

The Trees: Taking a look at the forest—the Fed's benchmark interest rate has never been this low, for this long. While you might say the economy is growing and the labor market is near full-speed, the nation's monetary policy never normalized in the wake of the global financial crisis that began in 2008. A full eight years later, the Fed is still trying to paddle back toward a more "normal" interest rate environment. Here is a snapshot to show how low current rates really are.

"These rates are an anomaly – they are not normal," says JJ Kinahan, chief market strategist at TD Ameritrade. "When I first got my mortgage – anything under 10% was considered a bargain," he remembers.

The Forest: A quarter-point rate hike in March or even three such hikes in 2017 would still leave the funds rate at 1.25-1.50% --still well below historical norms. In other words, some investors may say perhaps we shouldn’t worry so much. It’s a big forest

Traditionally, interest rate hiking cycles have spooked stock market investors, but this time it really is different, because the Fed is starting from an abnormally low level.

"People get very nervous that the end of cheap money could lead to a little downturn in the stock market. The economy may be getting healthier and that is the right reason for a rate hike. It shouldn't be a reason to panic. For long-term investors it is noise, for short-term traders it may be seen as a potential opportunity," Kinahan says.

More perspective from the forest: Historically, the fed funds rate has been 1.50% above the rate of inflation, Stovall notes. The most recent headline CPI came in at 2.3% year-over-year.

That means the Fed Funds rate, under normal circumstances would be at 3.8%. "But, it's not," Stovall says.

The current bull cycle in the stock market is getting long in the tooth—near its eighth birthday in March. Sam Stovall, chief investment strategist at CFRA, has famously said "bull markets don't die of old age – they die of fright."

What are bull markets historically frightened of? Recession, Stovall says.

"When we have a stock market shock—something like Brexit—investors sell first and ask questions later," Stovall says. "The question they ask is: will this lead to a recession? If the answer is no they buy back in."

"In the past, rising interest rates have triggered recessions and bear markets. But, this time the Fed is trying to recalibrate, not restrain," Stovall says.

The Federal Reserve has been telegraphing its intentions to raise interest rates for the past several years. The Fed has kept its benchmark federal funds rate at historically low levels since the global financial crisis hit in 2008.

Is There A Recession In Sight?

Stovall monitors four key indicators that have historically signaled a potential economic recession in the U.S. These include:

Stovall says none of these recession warning flags are in play now. No recession in sight.

If the Fed finally delivers on its warnings to hike interest rates up to three times in 2017, what areas of the market could benefit? Kinahan points to financial firms as potential net beneficiaries.

Kinahan notes that because the Fed has been hiking rates because the economy was seen as improving, the housing sector and housing-related companies could also benefit. "With the low unemployment rate, wage growth is usually good for housing," Kinahan says. That doesn't mean just homebuilders, but also means appliance companies, mattress firms and home improvement chains, Kinahan says.

Where there are winners there may be losers too. Stovall points to utilities, telecom, and consumer staples as sectors that tend to underperform in a rising interest rate environment.

TD Ameritrade clients can monitor interest rate movements using the thinkorswim® platform. In the Charts tab, type “TNX” in the symbol box. For illustrative purposes only. Past performance does not guarantee future results.

CFRA is separate from and not affiliated with TD Ameritrade, which is not responsible for their services or policies.