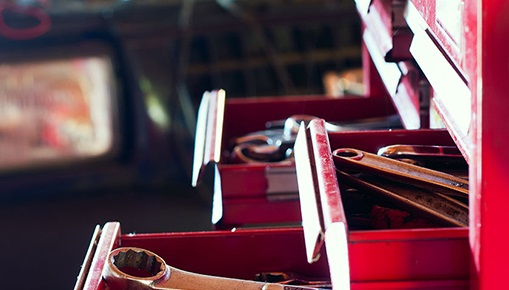 It’s a rare week when the U.S. government doesn’t release major data with the potential to move markets. There’s a veritable alphabet soup of economic reports issued each month, from GDP to CPI to PCE, and investors could conceivably benefit from a better understanding of how these data send markets up or down.

How quickly and dramatically can data move the stock market? Just take a look at the May non-farm payrolls report. The report’s so-called “headline” number reveals how many new non-farm jobs were created or lost in the U.S. during the previous month.

Going into June, Wall Street analysts had been looking for a gain of about 160,000 jobs in May, not a barn-buster, but decent growth. Instead, on June 3, the government delivered a shock, saying only 38,000 jobs were created the previous month, with disappointing growth in closely-watched sectors including construction and manufacturing. Stocks retreated that day, and the S&P 500 Index (SPX), which before the report had been moving higher, ended up falling 34 points by the middle of June from where it had been right before the report.

The data had ramifications beyond the immediate stock market impact. It also contributed to an immediate drop in expectations for a Federal Reserve June rate hike, which many Wall Street analysts had been expecting until they saw the jobs number. Indeed, the Fed declined to raise rates at its mid-June meeting, and in its statement after the meeting referred to the jobs data, using rather dreary language about improvement in the labor market slowing, inflation compensation declining, and business fixed investment being “soft.”

“Each major data point is like throwing a stone into a pond; there are tremendous ripple effects,” said JJ Kinahan, Chief Market Strategist at TD Ameritrade. “No report exists in a vacuum, and a good investor understands how data can inter-relate and affect the Fed’s decisions as well as corporate decision making down the road.”

The problem is keeping track of all this information,  finding ways to make sense of the different numbers and how they might fit together. There’s a truckload of reports that can affect the markets, and not just from Washington. Key international bodies like the Bank of England, the Bank of Japan, and the European Central Bank often release market-moving reports, as do major research universities, the various Federal Reserve banks around the country, and even companies like Baker Hughes (BHI), whose weekly U.S. oil rig count data has become a closely-followed report every Friday on Wall Street.

Then of course, there’s the constant flood of earnings reports from thousands of public companies that just never seems to stop. Investors, inundated by all these data, can’t be blamed if they sometimes feel it’s hard to rein it all in, compare one data point to others, or research historic data without conducting hours of complex research online.

Helping traders make sense of all this, and maybe even find ways to trade more effectively, is what spurred a new Economic Data tool just released on the thinkorswim® trading platform by TD Ameritrade. Traders and investors can now access 400,000 data points spanning six continents, with the bulk being granular domestic data. Whether one wants to keep a pulse on change in US GDP or analyze corporate profits compared to the ten year / two year bonds spread, all that information is  now available in one place.

“I’m really excited to start using this newly integrated resource to get a better understanding of how different reports work together to influence the markets,” Kinahan said. “It’s great to have so many statistics all in one place where I can quickly find and analyze relevant reports to help my trading decisions.”

for more information on the trading platform, and for details specific to the new tool visit the Economic Data release update. 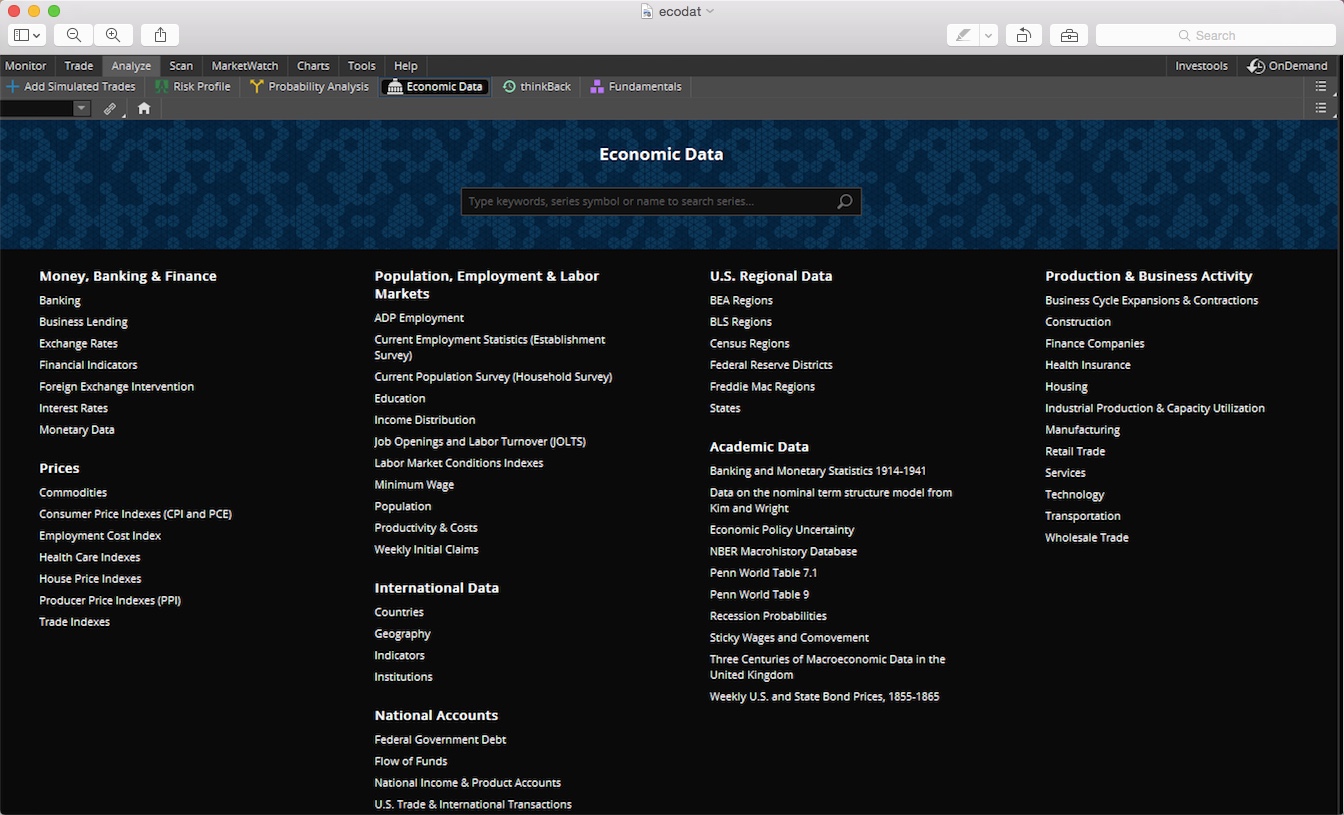