Manufacturing may comprise just 12% of the U.S. economy, but the monthly ISM manufacturing report is worth checking for economic growth. 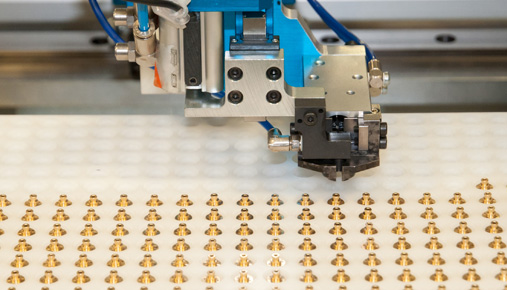 Although the U.S. manufacturing sector was hit hard in recent decades amid an exodus of many jobs overseas, it remains a critical component of the total economy. Manufacturing comprises only about 12% of the U.S. economy today, but its performance often foretells future growth.

Each month, investors and economists turn to the ISM Report on Business, compiled by the non-profit Institute for Supply Management, for clues on the health of the manufacturing sector. The ISM report compiles survey responses from purchasing managers across the U.S. for their input on prices paid for materials, production levels, new orders, inventory levels, employment, and more.

Report name: Manufacturing ISM Report On Business
Released by: Institute for Supply Management, a not-for-profit professional association
Release date: The report is posted on ISM’s website on the first business day of every month (unless the NYSE is closed that day)
Release time: 10 a.m. ET

Best trait: "Economists like this report because it provides insight in the state of manufacturing on a national level. It offers a broad message about what's happening in manufacturing on a broad scale," says Patrick O'Hare, chief market analyst at Briefing.com. This compares to a bevy of more localized manufacturing surveys that focus on one specific region, such as the Chicago Purchasing Managers Index, the Philadelphia Fed Report (or Business Outlook Survey), and the Empire State Manufacturing Survey.

Good tip: The ISM Index, also known as the purchasing manager's index (PMI), is released as a number and the dividing line between expansion and contraction in the manufacturing sector is 50. For example, the March PMI stood at 51.8%, which indicates expansion. In November 2015, the PMI posted a contraction reading of 48%.

One weakness: “It is a survey. It’s not hard data. Surveys are soft data based on sentiment. It essentially asks purchasing managers to give their opinions, and there could be recency biases in their responses; if they get called on a day they get a big order, they could be more optimistic,” O'Hare says.

Sensitivity to this report depends on the overall market and trading environment, O’Hare says. For instance, if the market had a big run and some of it was predicated on the hope that manufacturing was improving, the PMI could be market-moving depending on how much of a surprise factor the actual reading is relative to consensus.

Current read: Recent data has been encouraging for the manufacturing sector. The March PMI reading at 51.8% marked the first expansionary number after five consecutive months of readings under 50%. O'Hare called the March reading a "green shoot of optimism that the U.S. manufacturing sector could be poised for better activity in the second half."

Next Step: See This Data in Action

Analyze, chart, and compare the performance of this exact report (and nearly 400,000 other economic data points) inside the thinkorswim platform.

Economic Data inside thinkorswim? Take me to the rabbit-hole… »
Print

TD Ameritrade, the Institute for Supply Management, Briefing.com and any other third party mentioned are separate and unaffiliated, and are not responsible for one another's policies, services or content.