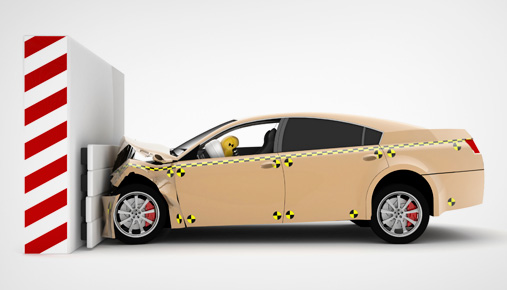 Prophets predicting the end of mankind have been around since the beginning of, well, mankind.

Now, nobody likes to be cornered in a cocktail-party conversation with a gloom-and-doomer prattling on about the next big economic or market apocalypse. But any student of economic history knows it’s not a matter of if, but when.

During chaotic times, the madness of the crowd can represent seeds of opportunity. But to take advantage, you must distance yourself from the noise and arm yourself with knowledge. For you options traders, here are a couple of strategies worth considering.

Want to Learn More About Options?

Find out if we’ll be in a city near you »

Long stock hedged with put options during a crash may reach a point where the shares have sold off to such an extent that the protective puts are now deep in the money. Almost every dollar lost on the stock could be offset by a gain in the put. So, no matter how much lower the stock goes, your maximum loss likely occurred at the point when the price of the underlying stock was much higher.

This strategy can help you avoid becoming a market fatality, and you may even be in a position to actually purchase more shares at the now lower market price. It’s another way of dollar-cost averaging. But keep in mind that the price could continue to fall.

Suppose you purchased 100 shares of XYZ, at $100 per share, and you also bought a protective put at the 100 strike. The put, which has a $3 premium, ensures (until expiration) that the most you could lose is $3 per share (plus transaction costs), and that you can always exercise the put to sell your stock at $100 per share any time prior to expiration.

Let’s also suppose the stock tanks to $60. Without the put hedge, you very likely would have lost $4,000 ($40 per share x 100 shares). But with the put in place, your maximum loss is $300 (the amount you paid for the put, not including transaction costs).

At this point, you could simply sell your put and apply the proceeds toward more shares, or, perhaps, another put hedge at the new at-the-money strike. You could also exercise the put (if you no longer want to hold the stock position) and sell your shares at $100 per share.

Calculating how many puts to hedge your stock with, as in the prior example, is relatively easy. However, if you want to try to profit from a market sell-off using options while maintaining a long stock position, you need to know exactly how many options to use for the entire basket.

That’s where beta-weighted deltas come in. The trick is to find out how much risk you have in your portfolio. You can’t just add up the shares in your three stocks and say that’s your delta, because those three stocks have different levels of risk. You can’t add apples plus oranges plus peaches, in other words. Instead, convert all the fruit to grapes and add the grapes together.

Beta weighting (available on thinkorswim®) converts the risk of your three stocks into a common denominator (the S&P 500, or SPX, by default, but you can set it to any symbol you want) to give you a single number. You can then use that single beta-weighted delta number to determine how many index options you need (see example below).

Beta weighting distills a portfolio’s various positions into one standard unit, offering insight into how an entire portfolio may change amid broader market moves. Basically, it’s a theoretical window into the relative size, diversity, and general risk of a portfolio’s positions.

If you beta-weight your portfolio against the Nasdaq 100 index (NDX), for example, and it shows that your portfolio is long the equivalent of 750 NDX deltas, you could buy 15 at-the-money puts to get your deltas theoretically flat. (At-the-money options are typically 50 deltas.)

Alternatively, if you’re bearish, you could buy 20 at-the-money NDX puts to generate negative 250 NDX deltas (but it will cost you a lot in terms of option premium and time decay, or theta).

If all that negative theta bothers you and you can stand to have less vega exposure, you could use vertical spreads. Because they are long one option and short another, they have lower theta but still have deltas. You could either buy put verticals or sell call verticals to generate the negative deltas against your long stock portfolio. You’d choose the appropriate one depending on whether you thought volatility was high or low.

For example, if fear of a crash is high and the benchmark CBOE Volatility Index (VIX) is also high, you could consider selling call verticals that would give you negative deltas and positive time decay, or theta.

Presumably, with volatility high, the credit you could get for call verticals would also be relatively high. If there is complacency in the marketplace with a correspondingly low VIX, long put verticals would generate negative deltas and positive vega, which would take advantage of an increase in volatility. But they have negative theta, and will expire worthless if the market doesn’t drop before they expire.

As the markets become more sophisticated, so do the capitalizing opportunities. Even the CBOE Volatility Index, or VIX, can be traded by buying put spreads in anticipation of the so-called fear gauge returning to the mean once the financial storm blows over. Buying puts or put spreads on the VIX represents a bet that the markets will recover and volatility will revert to the mean.

Alternatively, you could sell VIX puts or put verticals in expectation of a market crash. This position is designed to profit when volatility rises if the market crashes. It also has the advantage of positive time decay and defined risk. Now, most options traders understand that naked short puts have risk from the strike price to zero. And while it is theoretically possible for the VIX to go to zero, that would assume that there is no more risk in the market. That is highly unlikely.

Make no mistake, crashes can create as much opportunity as they do pain. What matters most is what side of the equation you’re on. Historically speaking, markets typically rise over time, but there are always surprises along the way. Having a good trading platform is a plus, but the real difference is possessing the know-how to do something about it.

Transaction costs (commissions and other fees) are important factors and should be considered when evaluating any options trade.  Transaction costs for trades placed online are $9.99 for stock orders, $9.99 for option orders plus a $0.75 fee per contract. Exercising an option position incurs a $19.99 exercise fee.