Caution to the Wind…and Solar, Hydro and Geothermal?

Investment in alternative energy companies and ETFs may offer rewards, but also come with risks. Here are some considerations. 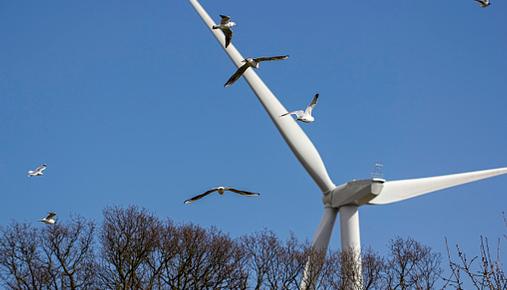 If you’re like many investors, you’re on the lookout for that “next big thing.” And if you’re also concerned about the environment and have an interest in responsible investing, you might be led to the alternative energy arena. But like most investments, you should understand the risks along with the potential opportunities.

"This is an area where there can be rewards, but also many risks," says JJ Kinahan, Chief Market Strategist, TD Ameritrade. "It is not yet widely adopted as an energy source. Alternative anything usually means more risk," Kinahan says.

China is the world's largest solar market, with the U.S. in second place and Japan rounding out the top three, Zino says. "Those three markets represent approximately 68% of total demand. The knock on the solar industry is that it is very concentrated in those three markets. If you are a believer in this industry, it would require greater participation from the rest of the world over the next 10 to 20 years."

One common criticism of the solar industry–for now–is that it can't stand on its own legs due to the high costs. "It essentially can't compete against fossil fuels or more traditional forms of energy on a stand-alone basis," Zino says.

"The biggest driver for the solar space is the favorable solar incentives. In the U.S. the 30% investment tax credit was extended at the end of 2015 and goes until the end of 2019," Zino says. From there the tax credit sees tiered reductions to 26% in 2020, and then down from there.

Additionally, the industry could face possible political headwinds. "There is clearly a lot of concern about what will happen to the incentives under the Trump Administration,” Zino says. “There is a risk that the 30% investment tax credit could be cut sooner than expected. If all of a sudden the administration dropped the incentives from 30% to 10%, demand could drop north of 50%. We would likely see some sort of shake-out in the industry.”*

China also offers solar incentives to support the industry there. However, Zino notes that China cut its solar incentive in the second half of 2016 and is expected to implement another reduction in 2017.

Some investors might include, as part of their diversified portfolio strategy, an allocation to higher-risk, even “speculative” investments. "Alternative energy is the type of investment that could go in the speculative part of one's portfolio," says Kinahan.

Kinahan says those considering alternative energy investments should look at the volume numbers. The average daily volume, or number of shares traded, may be lower for some alternative energy ETFs compared to larger, more established ETFs. This could mean wider bid-ask spreads, and thus unfavorable entry and exit points, for investors.

For investors interested in exploring this sector, another option to an ETF is to explore some of the big names in the business that are more frequently traded, Kinahan says.

Zino weighs in: "We (CFRA) have a negative tilt on the industry. We don't have any buys in this space." However, he adds: "If there is an investor who is bullish on the long-term prospects for solar, look at participants that have stronger balance sheets and less leverage," he says.

TD Ameritrade clients can explore more using scans in the thinkorswim® platform. Figure 1 shows a scan of Renewable Electricity companies, which are companies that engage in generation and distribution of electricity using renewable sources, including, but not limited to, companies that produce electricity using biomass, geothermal energy, solar energy, hydropower, and wind power. The scan excludes companies manufacturing capital equipment used to generate electricity using renewable sources, such as manufacturers of solar power systems and installers of photovoltaic cells and companies involved in the provision of technology, components, and services mainly to this market. 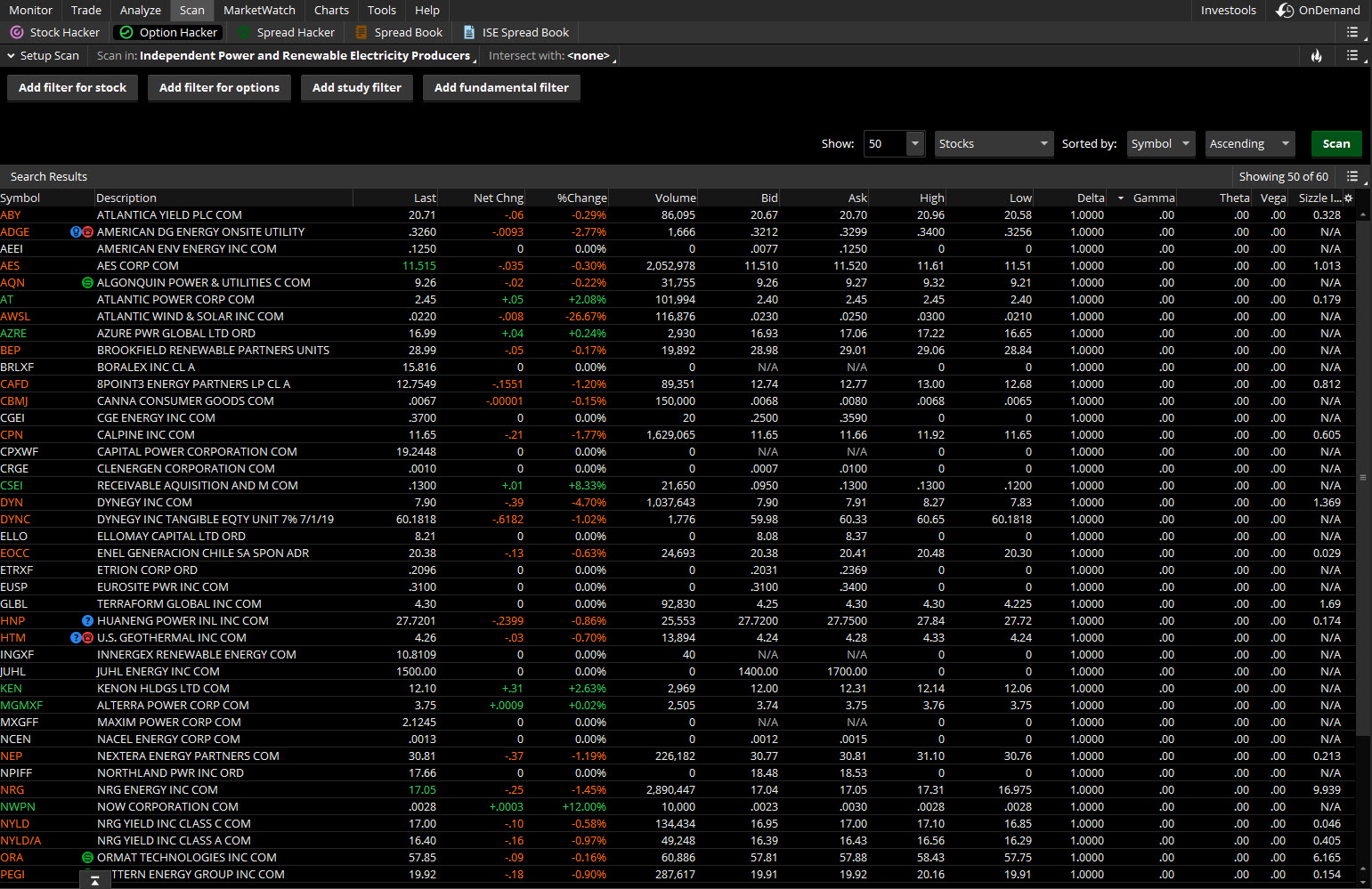 In the thinkorswim® platform from TD Ameritrade,  click the Scan tab. Then, in the top of the screen next to “Setup Scan,” click Scan in > By Industry > Utilities > Independent Power & Renewable Electricity Producers > Click the green “Scan” button. For illustrative purposes only. Not a Recommendation. Past performance does not guarantee future results.

contains this and other important information about an investment company. Read carefully before investing.

Asset allocation and diversification do not guarantee against investment loss.

*TD Ameritrade does not provide tax advice. Please consult with a tax-planning professional with regard to your personal circumstances.