Charting the Course: 3 Ways to Track the Yield Curve on thinkorswim®

Is it up, flat, or down? Traders track the yield curve as an economic and inflation barometer. Here are 3 ways to track yield curve spreads on the thinkorswim® platform. 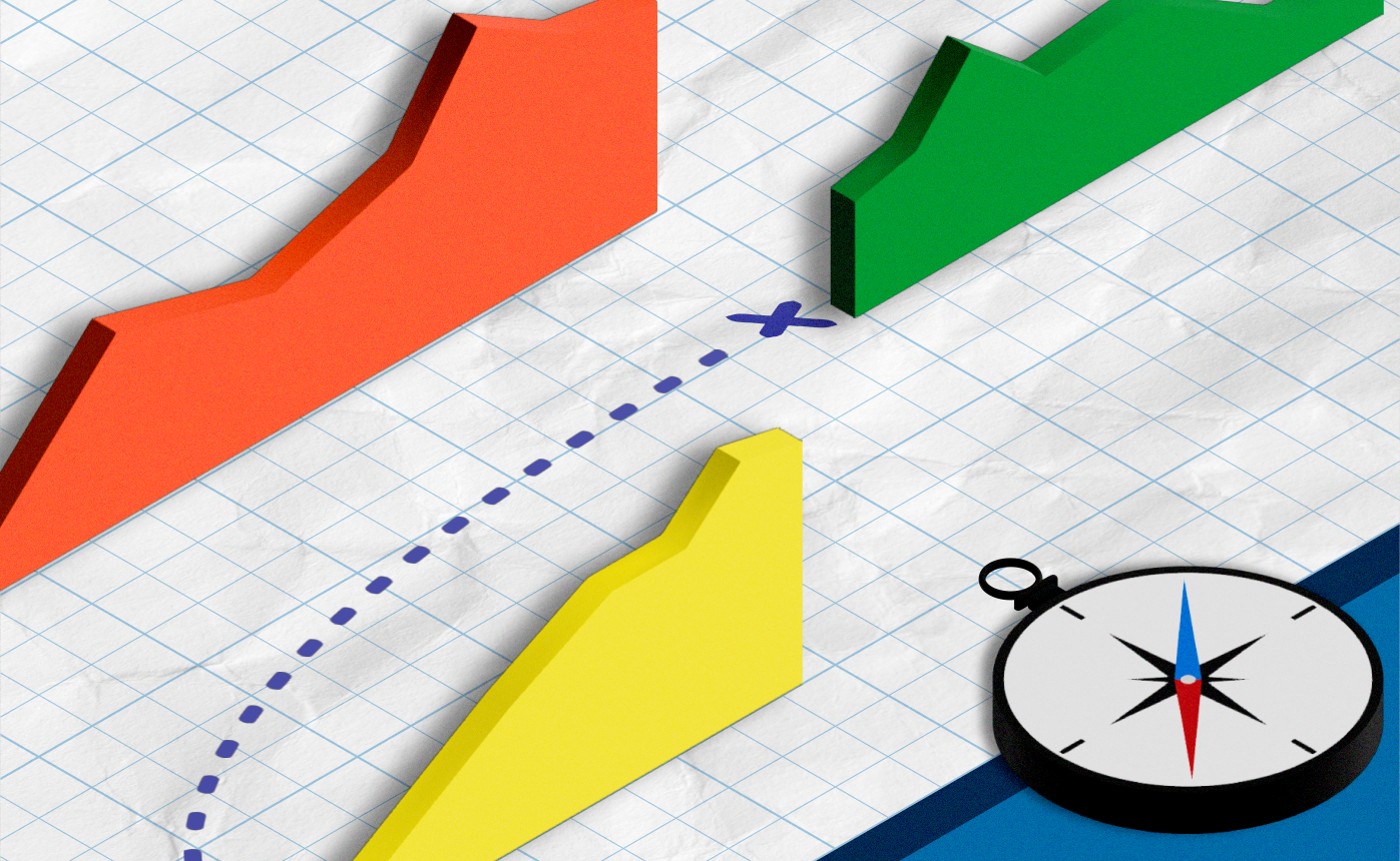 You don’t need to be a hardcore Fed watcher or fundamental analysis expert to have at least a passing interest in the yield curve—that chart of government interest rates, from the overnight federal funds rate to the 30-year Treasury bond, and all points in between.

Why, you ask? Interest rates—and the differentials between short-dated and long-dated ones—may give you a hint as to where the economy is headed. And closer to home, changes in the yield curve can affect your household balance sheet, from the interest you earn on your savings to the payments on your mortgage, to any floating-rate loans you might have.

FIGURE 1: THINK POSITIVE. A “normal” yield curve chart is positive-sloping from left to right across maturities. For illustrative purposes only.

Sometimes that curve flattens out or even turns negative-sloping. Many analysts point to an inverted yield curve as a sign of coming economic malaise because it could signal investors’ shift from stocks and other riskier investments to the relative safety of the U.S. bond market.

So the yield curve—and changes between points on the curve—are worth keeping an eye on. There are at least three ways to track yield curve spreads on the thinkorswim® platform.

Although the FRED database tracks each data point as far back as the Federal Reserve has been recording it, the data is typically aggregated weekly or monthly. Want to follow every tick? Futures markets are open virtually 24 hours per day from Sunday afternoon through each Friday’s close. CME Group lists futures contracts on short-, medium-, and long-term Treasury rates, and approved accounts can access them on the thinkorswim platform.

One caveat, though: There’s a difference between interest rate contract prices and commensurate yields. Short-term contracts—federal funds rate, eurodollars, and the Secured Overnight Financing Rate (SOFR), for example—are quoted as 100 minus the reference rate (so 100 = 0% yield; 99 = 1% yield, and so forth). Treasury futures (2-year, 5-year, and 10-year notes; 30-year bonds) are quoted as a percentage of par value. Percentages are expressed in terms of bond points.

But each contract can be roughly normalized to another in terms of the dollar value of a one-basis-point change (“DV01”) by means of a predetermined hedge ratio. Figure 3 shows a few common hedge ratios and the formulas you can use to track the spreads on thinkorswim.

FIGURE 3: TRACKING TREASURY SPREADS ON THINKORSWIM. Want to plot the 2-year, 5-year, 10-year, and/or 30-year spreads? It looks a lot more complicated than it is. When you chart the spreads on thinkorswim, note that a rising spread price indicates a steepening yield differential. If the price is decreasing, the yield spread is flattening. For illustrative purposes only. Past performance does not guarantee future results.

Don’t sweat trying to calculate precise hedge ratios that produce a perfectly neutral DV01. It’s often impractical and expensive to maintain while the trade progresses. Most spread traders are satisfied if their trades are capturing 90% to 95% of the change in the curve, while the remainder is exposed to some directionality of interest rates. If the general slope and trend is what you’re after, these ratios can certainly do the trick.

Want something a little more straightforward, i.e., indexes that track yields directly? Cboe Global Markets tracks a few of them, and they’re available on thinkorswim.

FIGURE 4: DISSECTING A YIELD SPREAD. The yield spread between the 5-year and 10-year Treasury notes flipped negative for a brief period in March 2020 but stabilized around 32 basis points (0.32%) a few months later. Data source: Cboe Global Markets. Chart source: the thinkorswim platform. For illustrative purposes only. Past performance does not guarantee future results.

The Fed takes the yield curve into consideration as it makes rate decisions, and an inverted curve—should it occur—might not necessarily point toward an economic slowdown. And a curve that steepens too much or too quickly could indicate that inflation might be getting out of control.

With the yield curve—as with most things in life—moderation is the sweet spot.