What personality type makes a better trader? Type A or Type B. Answer? Both. 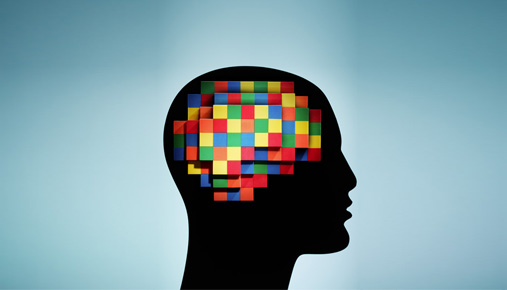 Are certain personality types a better fit for navigating markets? You may be surprised.

Everyone knows at least one “Type-A” personality, the hard-driven workaholic, perhaps a doctor, lawyer, or small-business owner. Then there are the logical, analytical left-brainers—engineers or computer programmers. And don’t forget the artists and creative types among us, folks driven by subjective and intuitive factors who work from the right side of the brain.

The good news? They can all trade. And have the potential to trade well.

“I’ve seen traders from all walks of life have success as well as failure,” says Don Kaufman, former Director of Trader Group at TD Ameritrade. “After market education and practice, the right-brainers may ultimately gravitate toward a discretionary, chart-reading approach. The left-brainers might prefer a systematic approach that they back-test and automate.”

No matter your personality type, there are four steps followed by experienced traders, says Brett Pattison.

“The first is having a plan. The second is consistently following that plan. With the third, things get a little sticky. We’re talking about handling the emotions we often dredge up when trading, including the thrill of a big winner, or the crushing defeat of a big loser. We’re talking about fear and greed, and the sometimes-manic switch from one to the other. Finally, the fourth component is the ability to manage risk of loss. And, yes, personality type impacts our ability to manage risk just as it can influence how quickly and thoroughly we learn to trade in the first place.”

Can Trading Traits Be Taught?

So, does our personality impact how we approach these four areas? It sure does.

“We could debate the ‘nature versus nurture’ question forever but when it comes to trading that debate is futile,” says Darren Miller, PhD and CEO of consultancy Psychtrader. “The traits needed for trading success are not necessarily inherent and they can be learned.”

Pattison highlighted the need for a trader to manage emotions. In his own case, that took some work. “I had to learn that skill,” he added.

How best to keep emotions in check? “Turn off the news. It tends to focus on the most recent happenings in the market, which can lead to decisions that may not be ideal,” added Pattison.

Emotional traders should focus on time objectives. “If you are a long-term investor, do you really care about the market’s short-term fluctuations? Know what your goals are,” he stressed.

Do you have visions of scoring big in the market and retiring next year (or next month even) on a beach? If so, that smacks of a so-called “gambler mentality” and there’s a phone number and free coffee and meetings for that.

Don Kaufman explains: “Large risk-takers, those who want to win big, often get backed into a corner and lose big. There’s nothing wrong with trading small. Plenty of traders have the potential to make money (or lose money) with singles and doubles. Successful traders are those that can handle risk more effectively. The key to this business isn’t about making money. This business is about managing risk when you aren’t making money.”

PsychTrader’s Miller said if you happen to fall into the risk-averse category, embrace it, accept it, and incorporate it into your trading approach. It’s like saying: “hey, this is who I am and this is an area of the market that matches my personality.”

Are you stubborn and opinionated? You may have to dig deep to keep these traits from derailing your trading scenarios. Being flexible is a critical component to potential success.

“Nobody wants to be wrong, but people who are successful don’t have a problem admitting when they are,” added Miller.

He calls this cognitive flexibility—being able to adjust and switch your thinking. If a market position goes against you, sometimes it’s best to follow your risk-management rules, take a small loss, and move on to the next trade.

Pattison added: “If you are using a strategy for the first time, don’t let one or two losses destroy your determination to keep going. People will always have bad trades. It’s a learning experience.”

Sometimes you can see certain traits more clearly in others than yourself.

“People waste time trying to create the trading Holy Grail. It doesn’t exist. Learn from those who have gone before you,” said Pattison. Another aspect to consider is how you define success. “I see it as being profitable with longevity,” added Miller.

It’s true. For each personality type, there’s a trading approach. Even if you aren’t prone to introspection, the markets may force you to examine some of your tendencies, say after a big loss. You may not initially like what you see. No reason to beat yourself up. And certainly no reason to quit trading.

Want some help figuring out what trading style might fit your personality? Check out this short quiz.

What Kind of Trader Personality Are You?

The information contained in this article is not intended to be individual investment advice and is for educational and illustrative purposes only. Clients must consider all relevant risk factors, including their own personal financial situations, before trading.

Futures and futures options trading is speculative, and is not suitable for all investors. Clients must consider all relevant risk factors, including their own personal financial situation, before trading. Please read the Risk Disclosure for Futures and Options prior to trading futures products.

Psychtrader and TD Ameritrade, Inc., are separate, unaffiliated companies that are not responsible for each other’s services or policies.