Stepping up to Vertical Spreads, The Naked Option Alternative

Before buying or selling call and put options, check the alternatives. The vertical spread is a simple solution to the problems short naked options pose. 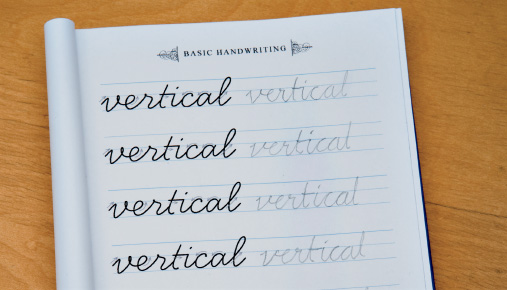 Verticals are the simplest option position. There, I said it. Now I hear the chorus: “But it's a spread! It's two options instead of one! How can it be the simplest?” With all due respect for the individual call and put, with whom I have a long history and many fond memories, I stand by my statement. Why? Depending on how far apart or “wide” the strikes of the vertical are, it can be a lot more manageable than single options and even plain stock. Verticals can be much less sensitive than individual calls or puts. They can even have less risk than long stock.

In contrast to a single call or put, verticals—often just called call spreads or put spreads—are made up of a long call and a short call, or a long put and a short put, at different strikes, in the same expiration and same underlying stock or index. The long and short options in the vertical are called “legs” of the spread. Because the vertical has long and short option legs, whatever the stock price does, volatility does; or, as time passes, they affect the long and short legs in opposite ways. Think of it this way: A long call makes money if the stock price goes up, all other things being equal. A short call loses money when the stock price goes up. If you combine them into a spread, when the stock price goes up, and volatility and time do not change, one part of the spread makes money and the other part loses money (to different degrees). This means that verticals, or spreads, can be less sensitive to changes in the stock price (and volatility and time, as well) than a single option. That is the heart of their manageability for traders.

You can do the same exercise with theta and vega. Look at the theta and vega numbers on the Trade page of the thinkorswim® from TD Ameritrade platform, and you'll see that they're often pretty close in value at adjacent strikes—that is, the vega of the 100 call is probably going to be pretty close to the vega of the 105 call. The vega, or sensitivity to changes in volatility, of the 100/105 vertical is going to be pretty small. Just like delta, verticals whose strikes are close to one another can have much lower sensitivity to changes in time and volatility than the individual options in the spread.

The vertical spread has limited profit, but the trade-off is less risk than a typical single option trade. For illustrative purposes only.

So, what does all this mean to a trader? Trading options can sometimes feel like you're spinning plates on poles. You start with one, then move to the second, then move to the third, but then you have to go back to the first to keep that going, then you move to the fourth, then back to the third, and so on. Monitoring how the changes in the stock price, volatility, and time are affecting your position can feel like keeping all the plates spinning on the poles. The fewer the poles, the easier it is. Have you ever been long an out-of-the-money call and had the stock go up, and still lost money as time passed (because of negative theta) and volatility dropped (because of positive vega) ? Yes, a vertical still can have delta, theta, and vega, but the poles are a little lower and closer together.

Going back to the earlier example, look at the 100/105 call vertical with the delta of 0.15 versus the 100 call with the delta of 0.60. If the stock drops 1.00, the value of that call vertical would theoretically drop $15 and the 100 call would drop $60. If the stock moves against your position, the vertical can lose less money than the single option. And if it's losing less money, you're probably going to be less stressed, and better able to figure out why the stock is dropping and what you think the stock might do from here on out. Verticals can give you more breathing room to think about a trade. They slow things down a bit, and can require less immediate attention.

The main downside of verticals is that they have larger commissions than single options (because there are two options in the trade). But what really increases commissions is that verticals don't have much delta. So, for example, in order to get the same risk exposure as 100 shares of stock or some single options, you might have to do many times the number of verticals. If a vertical has a delta of 0.10, you'd need to do 10 verticals to have the same delta risk as 100 shares of stock. That would require the commission of 20 options.

Things to Think About

Now, while I still stand by my opinion that verticals are the simplest options position, they are not suitable for everyone. But if you are thinking about trading verticals, here are three pointers I would offer up for your consideration:

(1) Use limit orders. When you're opening a position in a vertical, consider using limit orders. They give you control over the price where you trade the spread, but there's no guarantee that the order will be filled. Of course, market orders will seek to fill your orders at the next available prices, but you risk getting terrible fill prices on two options, not just one, which compounds the problem.

(2) Don't “leg in” to the trade. Buying one option and selling the other should be done with a single order. When you try to do them in separate orders, it's called legging, and it exposes you to more risk if you only get one “leg” order filled and the market moves against it before you get the other side done.

(3) Never set it and forget it. Even though verticals might not be as sensitive, don't just forget about them. At expiration, be aware that if the stock price is in between the strikes of the options, you could automatically exercise or be assigned on one of the options—not both. That would leave you with a long or short stock position after expiration, and expose you to unwanted risk.

Verticals are the “gateway” trade. Once you figure them out, you might combine them into more complex trades such as butterflies and iron condors. Those increase your trading flexibility and choices even more.