Can trading be taught? The famous “turtle experiment” says it can. And the turtles followed trends. 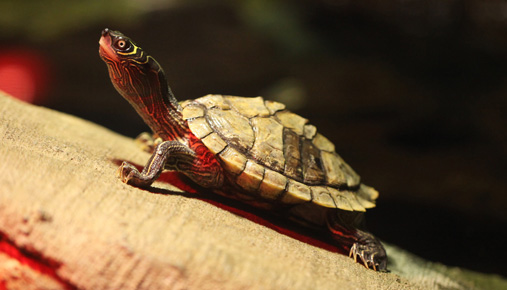 Editor’s note: This is part two of a three-part series on Richard Dennis and his “turtle traders,” and what traders can learn from the 1980s experiment. Part 1 tells the turtle traders’ story and offers a few tips on how to trade like a turtle.

We’ve all heard the saying “the trend is your friend,” and for good reason. There’s an entire group of traders and money managers who swear by the so-called “trend-following” approach.

Well, there’s no trading holy grail, but trend-following can be an effective way to invest, says David Settle.

To understand the nature of trend-following, it may help to think back to Sir Isaac Newton—the man with the apple—and the first of his laws of motion. In case you slept through high school physics class, the law simply states that an object in motion tends to stay in motion until it encounters a greater opposing force.

This concept can be applied to market trends, too. Trading in the direction of the primary trend can offer the path of least resistance for traders … until the end of the trend. Technical traders use a variety of indicators, such as moving averages and trendlines, to trade with the trend.

One basic approach that the turtle traders used was a new four-week high as an entry signal. The exit signal was a close below the 20-day low. The idea was to buy upside breakouts from a trading range to catch a new trend move, and get out on a signal that the trend was exhausted.

“Systems work as long as traders and investors stay disciplined. This particular system shoots for bigger winners, as trends can last for some time,” Settle says.

The investing method is similar to the turtles’ approach in that it’s also based on trends and momentum. It relies on the idea that strength begets strength. Settle explains:

The key to the turtles’ success wasn’t necessarily the technical analysis; the entry and exit rules were relatively basic compared to some price rules, Settle notes. He points to the importance of monitoring risk. “The risk management rules and scaling rules—entering and exiting multiple smaller positions instead of all at once on the first signal—allowed turtle trades to maximize the trend and keep losses small when original positions didn’t work out,” Settle says.

The key takeaway for traders? No matter what your trading style, managing risk is the most important part of any investing plan. "Allow winners to keep going as long as possible and cut off trades that don't work out quickly to minimize the loss. Small losses are okay, but big losses can be catastrophic," Settle says.