Can Trading Be Taught? Ask Richard Dennis and His Turtles

Successful trading can be taught, or so says the famous Richard Dennis turtle traders experiment. 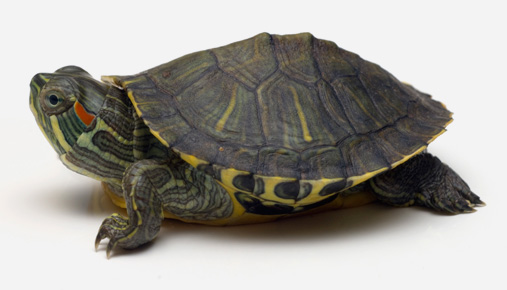 The Chicago trading pits were a scrappy place in the 1980s: a sea of runners, clerks, brokers, and local traders sporting trading jackets of different colors. The decibel levels resounding from the pits sometimes offered clues about market dynamics.

Legendary trading giants emerged from these pits, which often rewarded physical size and stamina, sure, but also rewarded the ability to think and calculate numbers quickly in your head.

There are many stories worth retelling from these days, but one classic is the story of Richard Dennis and his “turtle traders.” Even if you already know the story, there are important lessons to be gleaned for individual traders today.

Richard Dennis started out as a runner on the Chicago Mercantile Exchange trading floor at the age of 17. In the early 1970s, he began trading for his own account on borrowed money and turned a small stake into a long and illustrious career as a trader.

Dennis was widely known as a trend-following trader. The "trend is your friend" is a time-honored trading axiom, and his trading approach capitalized on that concept. The basic premise is that markets move in identifiable trend patterns, which can include uptrends (bull markets), downtrends (bear markets), or neutral trends (range-bound markets).

In the early 1980s Dennis had a running philosophical debate with his partner William Eckhardt over whether trading was a skill that could be taught, or if the things that made a trader successful were innate—the old “nature-versus-nurture” debate. Dennis was in the camp that trading could indeed be taught, while Eckhardt believed that people like Dennis possess a special talent or gift that allows them to excel at trading.

Dennis proposed an experiment to settle the long-running debate. He would recruit a team of students and teach them his trading rules. After two weeks of classroom work, Dennis would give each of the students $1 million of his own money to trade. Dennis had recently returned from Singapore, where he had visited a turtle-breeding farm. He said:

"We are going to grow traders just like they grow turtles in Singapore." —Richard Dennis

In 1983 and 1984, Dennis placed advertisements in the Wall Street Journal, the New York Times, and Barron’s inviting people to apply to be trained as traders. Reportedly, about 1,000 applicants vied for the opportunity. Dennis chose 13 for the program in 1984 and then another 10 in 1985.

How Did the Turtle Traders Do?

Several years later, a few of the traders were dropped from the program and a few others were trading for themselves. A Wall Street Journal analysis in 1989 found that 14 of those turtle traders who were trading public funds as commodity-trading advisors earned an average annual compound rate of return of 80% over a 4 1/2 year period. Although this is just one small data set, Dennis believed the experiment and subsequent results proved that trading is a skill that can be taught.

Trading involves substantial risk, and no strategy can guarantee positive results. Plus, most beginning traders are not as well-capitalized as Dennis’s turtles. But there are clear benefits to a trading education, so take the time to invest in yourself. Develop a consistent trading methodology that fits with your personality and works for you.

Tips to Get You Started

Treat your trading like a business. Lay out your business plan, including the specifics of your trading methodology. Trading simulators such as paperMoney®, available on the thinkorswim® platform from TD Ameritrade, allow you to practice your strategy before risking real money.

Might you be a turtle? Come on out of your shell and find out.