Clock-watching can drive traders crazy, but it’s important to have a basic understanding of how stock market volume and price swings are tied to certain times of the day and days on the calendar. 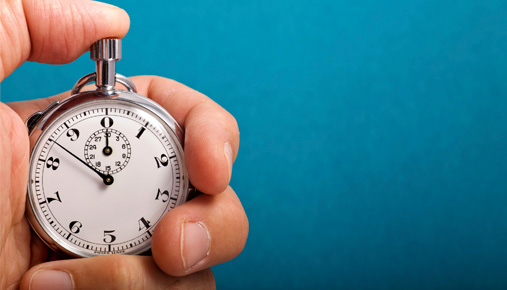 The mechanics that drive the stock market are heavily influenced by time. Whether you’re a short-term day trader or a long-term position trader, an understanding of how time affects the markets can help you optimize your trading.

The Clock Is Ticking

Because liquidity and movement are essential for short-term traders, they might avoid pre-market and after-hours sessions. That leaves only six and a half hours each day to find the best candidates. Tick-tock! The search is on.

Wide spreads between prices and meandering stocks can be less profitable, so short-term traders often aim to be most active during the opening and closing hours. That’s when volume is highest and moves are more likely to be sustained. Conversely, the middle of the day, when stock prices tend to drift on light volume, may be less attractive.

For swing traders—folks who typically look to capture a gain within one to four trading days—and those with longer time frames, the hour of the day is less crucial than the day itself. For example, market history shows that Mondays and Fridays tend to be the most volatile days of the week. Why? Friday, because it’s the last day before the weekend, when bad (or good) news can happen. And Monday, because it’s the first day when that weekend news can be acted on.

In a bull market, Fridays are sometimes considered the best time to initiate a swing trade because positive weekend news will often send the markets higher on Monday morning. In a bear market, selling on Friday is a popular move; any negative news over the weekend could sink the market first thing Monday.

An Eye on the Calendar

Then there’s the calendar to consider. For example, look at the “window dressing” effect. Near the end of a quarter or year, institutional fund managers like to improve the appearance of their portfolios by buying up high-flying stocks and selling the stinkers. These “artificial” moves create increased market activity and a potential opportunity—both long and short trading positions—for traders to consider.

It's also true that many options traders move to the beat of their own calender. During the week before and week of quarterly options contract expiration, many traders will close out expiring positions or roll positions to the next month. Market chatter labels this the "go day," and the result can be an accelerated market move.

Even the season you choose to be in the market can affect your performance. For instance, Stock Trader's Almanac has logged years of market cycles and historical prices that follow seasonal patterns part of the time, leading to ongoing debate about whether the "January Barometer" can foreshadow a whole year's performance and if there really is a "Santa Claus Rally," Virginia.

The term “summer doldrums” refers to the period from around the start of summer to Labor Day. During this time, the market traditionally experiences lower volume—in theory, because much of Wall Street is on vacation. "Sell in May and go away" is the rallying cry of investors who might want to avoid the unforeseen volatility spikes that thin conditions can set off, but who generally look to again buy favored stocks come November.

Now, a summer stock vacation isn't for everyone (low interest rates for your cash and other factors must be considered), but Standard & Poor's data shows that since 1950, a strategy that kept you out of the market during this time frame outperformed one that kept you invested for a full 12 months. What is clear, timing alone is no substitute for solid research, methodology, and risk management, but any trading strategy might be optimized by respecting the clock and the calendar.