Markets and conditions change, volatility fluctuates, and what worked yesterday might not work tomorrow. 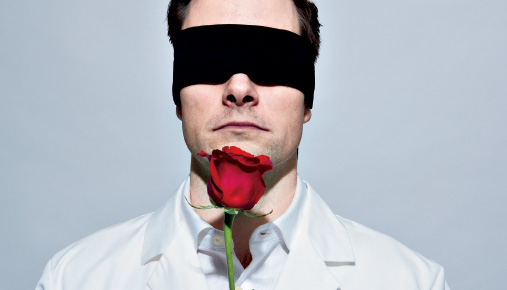 You’re at a fancy French joint. The sommelier recommends three Bordeaux wines, each a great match for your dinner. “Gimme the middle one,” you say without much thought. After all, they’re red, about the same price, and will taste more or less like wine. Who cares, right?

One quick wine pick won’t make or break you. But if you choose a trading strategy like that you could be in for some bitter financial surprises. For example, consider three strategies, each of which had a 10% return in the previous year. They all involved buying and selling stock, and using technical analysis, as well as using stop losses. But they were nowhere near the same. Because all three might have had different risks, and had arrived at that 10% return along different paths.

Maybe one earned just under 1% return per month, every month, for the year. Maybe another was up 40% until a few weeks prior, and then gave back most of the profit very quickly. And maybe the last oscillated up and down 10% every month, and you’re now just seeing the up-10% oscillation before the next down 10%. Wouldn’t it be nice to anticipate and plan for potential variations with actual data and not with a bunch of guesses before committing to a strategy? There is.

No guarantees, but using these metrics is another smart way of strategy testing before committing real dollars and getting waiters used to large tips. Let’s lean on thinkorswim® and a spreadsheet to test the strategies.

STEP 1: Mine the data

1. First, fire up your thinkorswim platform and go to the Charts tab. Click the Studies button/icon in the upper-right-hand corner. Then select Edit Studies to get the “Edit Studies and Strategies” box.

2. Click the Strategies tab in the upper-left-hand corner of that box. You’ll see pre-programmed technical studies you can backtest. (See Figure 1.) 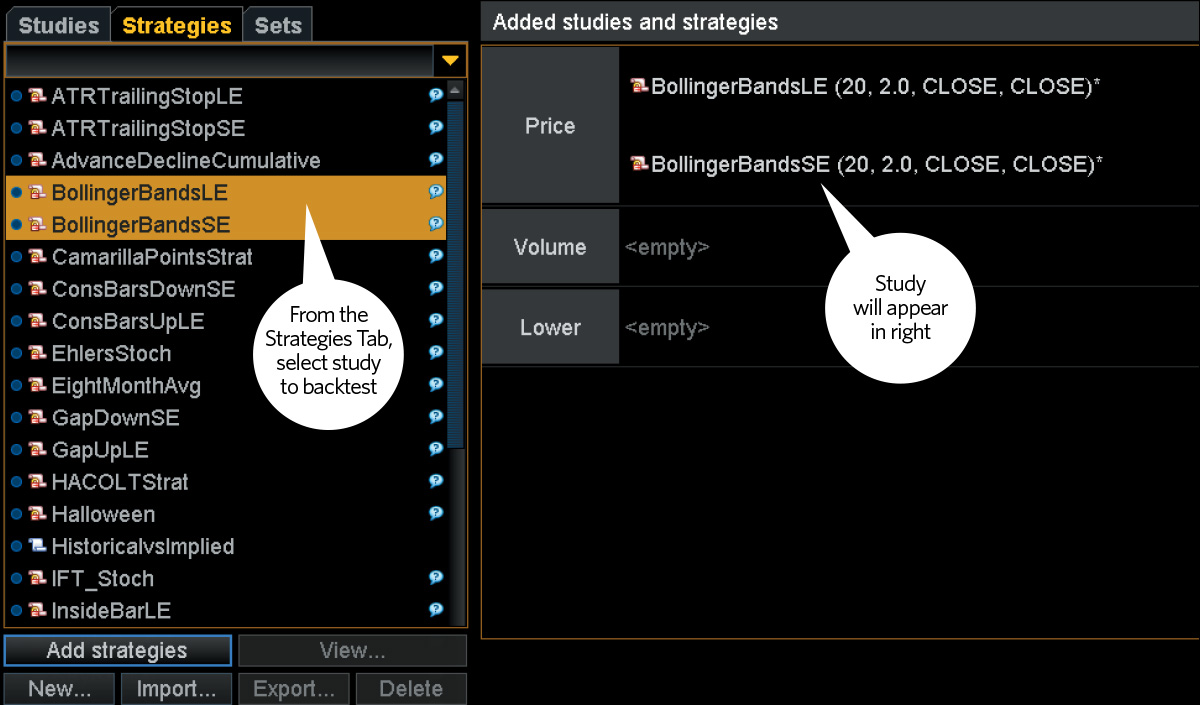 Using the strategy testing tool from thinkorswim takes you the firsts half of the way to determining if a strategy has what you’re looking for. For illustartive purposes only.

3. For this article, load up “Bollinger-BandsLE” and “BollingerBandsSE” by double-clicking their names and hitting the Apply button in the lower-right-hand corner. You should see both buy-and-sell signals that follow the rules set up in those Bollinger Band studies.

4. Refer to Figure 2 and hover your cursor directly over a buy-or-sell signal on the chart and right-click. You should see “Show report” in the drop-down menu. 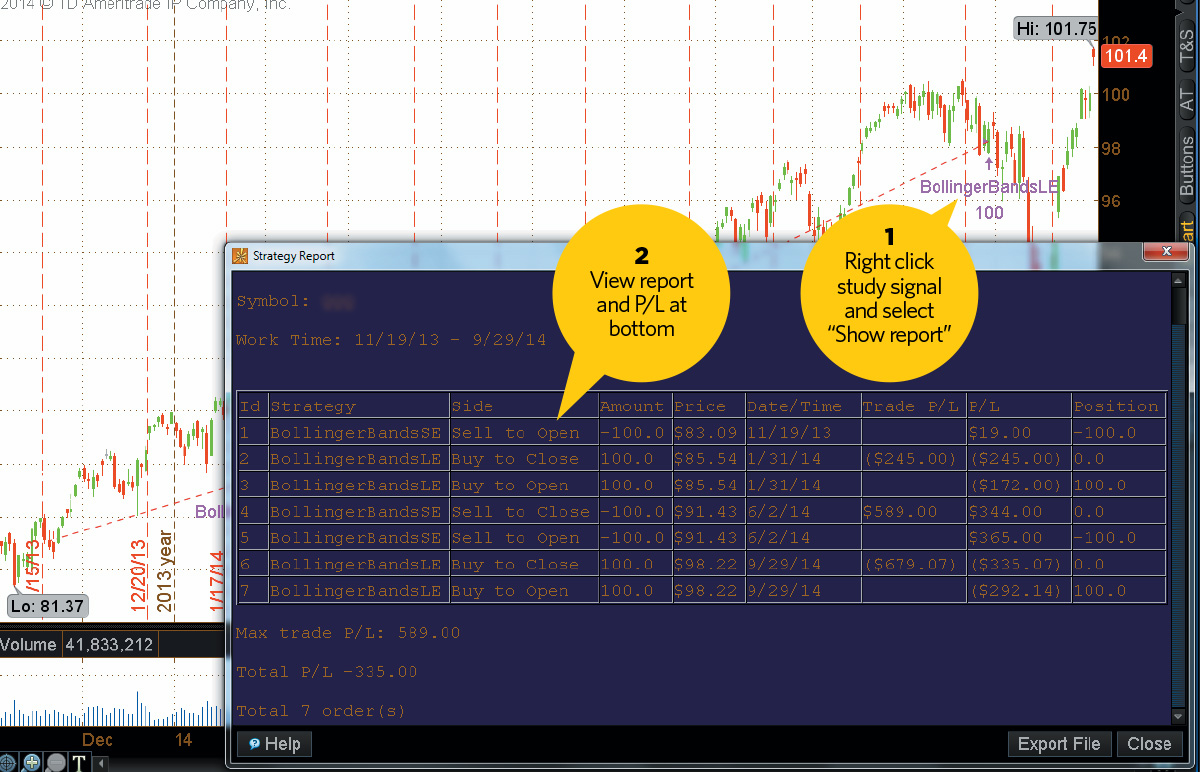 FIGURE 2: TEST THE STRATEGY. Once you’ve plotted the strategy on a chart, the next step is to send its data to a spreadsheet to size it up more carefully with a few “go-to” metrics. For illustrative purposes only.

5. A “Strategy Report” box displays the buy-and-sell signals from that strategy along with P/L information we’ll be using in the following metrics.

6. You’ll also see a “Total P/L” number for that strategy. Of course, there’s no guarantee that its past performance will deliver the same future results, but if the P/L is positive, some will use that strategy to signal live trades with real money. At that point, click the “Export file” button in the lower-right-hand corner to dump this strategy data into a spreadsheet for detailed analysis.

Beyond that, you can’t see a lot of information about a strategy just by looking at its total P/L. But at this point, pull out your favorite spreadsheet program to analyze the following three metrics.

Once you’ve exported the data from Step 1 into your favorite spreadsheet, you’re ready to tackle the metrics.

Losing money in a trade is like wine that’s turned sour. Unpleasant and gut-scratching at best. But what’s really sorta awful is realizing a nice profit, then giving it all back and more.

To reduce drawdown, you may consider experimenting with closer stop-loss prices or profit targets that would cut losses and take in profits more quickly. Doing so, however, might also reduce return.

The first series, on the other hand, is more manageable. Of course you don’t want one large loser to wipe out your profits. But you can analyze the strategy to see if something can be improved to avoid a large loss. It can be easier to solve a strategy problem with a few large losing trades, than one with a lot of losing trades and few winners. For example, adding a stop loss to the strategy might reduce the magnitude of the losses.

Sharpe lets you compare two strategies, risk adjusted. In other words, for an equal level of risk, how much more return did one strategy provide? A high Sharpe ratio can mean returns were relatively stable—they didn’t fluctuate much from an average level. That can also mean drawdowns were smaller, and the ratio of winning to losing trades was higher.

HOW TO FIND IT

To calculate a simple Sharpe ratio for a strategy in the same spreadsheet, refer to the sidebar below (“How to... Create a Sharpe Ratio”), for details on each of the following four steps.

1. Divide the Trade P/L number by the stock price of the opening trade to get the trade’s return.

2. Calculate the average trade returns by adding up all the returns and dividing by the number of trades.

3. Then calculate the standard deviation of returns.

4. To get the Sharpe ratio, divide the average by the standard deviation.

Once you’ve got all three metrics—max drawdown, winning/losing trades, and Sharpe ratio—you’ll have more of a complete picture. Now, each of these numbers has limitations, so looking at all of them gives you a much fuller picture of the strategy. And one number isn’t necessarily better than another. So you don’t want to change the strategy to improve one metric at the expense of the others.

How to Create a Sharpe Ratio

1. To calculate the return on a trade, if the Trade P/L number is in say, cell H9 and the trade price of the stock is in cell F8, type the formula =H9/ (F8*100) in an empty cell to the right of the data. The reason you multiply the trade price by 100 is that you want to divide the P/L by the total cost of the trade. Multiplying the stock price by 100 gives you the cost for 100 shares of stock. [Note: Theoretically, you’d subtract the risk-free rate over the life of the trade, but with interest rates as low as they are now, we’ll skip that step for the sake of simplicity.] Do this for every Trade P/L number, with the return on trade cells in the same column.

3. The standard deviation of returns measures how far individual returns range from the average return. You derive it (you have a mix of voices in this graph) and by subtracting the average return from each of the individual returns. Then square that difference (multiply the difference by itself) to make all the numbers positive. Then add up all the squared differences and divide that sum by the number of Trade P/Ls. Finally, take the square root of the average of the squared differences to get the standard deviation. The formula would be =stdev(K8:K30) in a spreadsheet.

Backtesting is the evaluation of a particular trading strategy using historical data. Results presented are hypothetical, they did not actually occur and they may not take into consideration all transaction fees or taxes you would incur in an actual transaction.