Rangebound for a Week? How to Trade an NR7 Setup

An NR7 setup may be an indicator of sentiment uncertainty or a stalemate between an uptrend and a downtrend. 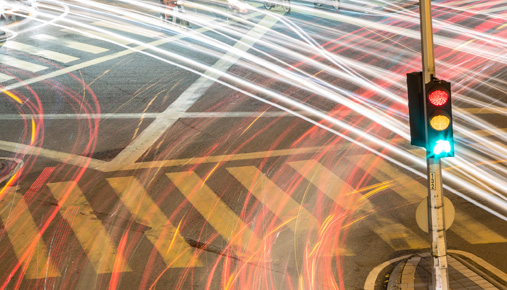 Imagine a wide and expansive battlefield. On each side stand thousands of warriors determined to overwhelm their foes and claim further enemy territory for their own. When the combatants first engage, the battle lines are fluid, moving in one direction, then reversing course and returning to where they started. This give and take goes on until the seventh day, at which point both sides are so spent that neither has the energy to move the other any further.

Then, while at a virtual standstill, face-to-face in the center of the battlefield, they hear the sound of reinforcements coming in the distance. Although neither side knows yet whether it’s their own comrades arriving to save the day, one thing seems certain—the stalemate will soon be broken, and one side will gain the upper hand.

This story illustrates the type of market mechanics behind an NR7 (short for “narrow range for 7 days”) pattern, a powerful setup that is popular among traders.

Breaking Down the NR7 Setup

The defining characteristic of an NR7 pattern is that the most recent day’s price range is narrower than that of the previous six, for a total of seven days. This is caused by “warriors”—in this case, buyers and sellers—trying to push price in their direction to the point where equilibrium is reached and neither side has an advantage, forming a narrow-range (NR) day, as shown in figure 1. 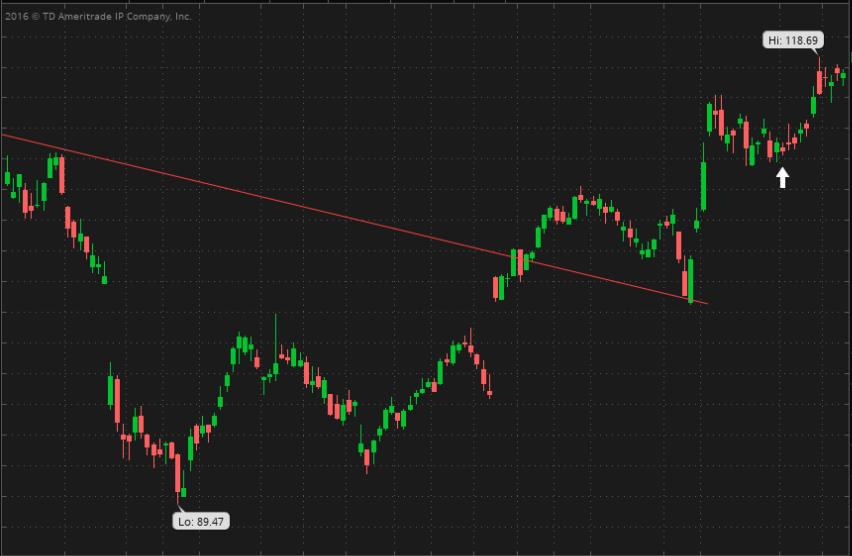 The white arrow indicates an area of progressively narrowing ranges followed by a breakout to the upside. Chart source: the thinkorswim® platform from TD Ameritrade. For illustrative purposes only. Past performance does not guarantee future results.

When “reinforcements” arrive in the form of the next batch of buyers or sellers, they break the stock out of its current narrow-range bar. This move generally coincides with the direction of the previous trend. For example, if a stock is moving steadily upwards, pauses and pulls back slightly, creating an NR7 pattern in the process, a trader wishing to trade this setup might place a buy order just above the high of the most recent day’s range, hoping to catch an upside breakout.

If the trade triggers, a stop-loss order would be put in below the bottom of the most recent day’s range, a level at which it would seem clear that the NR7 setup had failed.

Putting the Odds in Your Favor?

One of the interesting features of an NR7 pattern is that it applies to both interday and intraday analysis, so day traders can use it on 5- or 15-minute charts in the same way that swing traders can use it for daily or even weekly charts. And by looking back through past price movement on your charts—paying special attention to areas of tight consolidation—you can train your eye to find and identify NR7 patterns.

Of course, just because a stock forms an NR7 pattern doesn’t guarantee that it will break out at all, let alone in any particular direction. Sometimes an NR7 pattern signals that a stock is entering an extended period of low volume and low volatility, which means it can meander sideways past seven days—even creating multiple NR7 patterns, one after another.

One way to improve the chances of finding an NR7 pattern that may be likely to break out and make a sustained move is to pair it with a momentum indicator like moving average convergence divergence (MACD). In the example above where a stock paused in an uptrend and then completed an NR7 pattern, having a bullish MACD cross happen at the same time would improve the chances that a breakout was about to occur.

Consolidation patterns such as the NR7 can indicate a region of uncertainty as to sentiment, and movement outside the parameters of an NR7 setup may indicate that sentiment is changing.