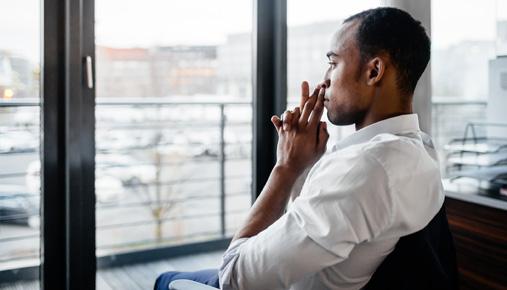 Let’s take a look at a psychology mistake many of us fall into in the stock market and in our personal lives—something we should seek to minimize or even eliminate. This nemesis is confirmation bias.

Confirmation bias can be complex and nuanced, but for our purposes, we’ll define it as determining whether an action or decision was sound after the fact—based only upon the results.

Here’s a simple example to illustrate the dangers of confirmation bias. Imagine that you take a trip to Las Vegas and after checking into the hotel, you decide that you want to play some roulette, a fairly straightforward game where players place bets on individual numbers or on the colors black or red.

Suppose you wager that the number five will come up on the next spin, and for the stakes, you put up everything. All your money, your car, your house, the kid’s college fund, your 401(k), and anything else you have of value. The croupier spins the wheel one way, rolls the ball the other way, and when it lands, it falls on five. You win big.

Great. But the problem is, even though you won, this was a bad bet on many levels. First off, your risk was much too big. If you lost, you would’ve been wiped out. Second, the odds were against you. There is only a 1 in 35 chance of hitting a single number in roulette, meaning you only had a 2.63% chance of success.

Confirmation bias in this example might mean mean justifying the roulette bet simply because you won. In the stock market, investors often do the same thing, assuming that since they profited on a given trade, the rationale for entering it was sound.

The Biggest Danger’s in the Best Markets

Confirmation bias can allow you to ignore flaws in a trading methodology, or even the lack of a methodology. This is common in bull markets, when investors may think they’re making money because of skill instead of the simple fact that overall, most stocks are moving up.

The danger with confirmation bias is that although you might continue to win for a while, eventually your luck, or the bull market, will end, and when it does, the damage to your profit and loss can be dramatic.

One important way you can guard against confirmation bias is by tracking your trades in a journal. This gives you an objective history of your trade data, one you can review to see if your methods are sound or if you need to adjust them.

Ultimately, traders and investors are prone to confirmation bias because we want to win and are naturally drawn to anything that positively reinforces that need. In the stock market, though, it’s not about the number of times you win. It’s the way you manage your winners versus losers that will lead you to success.