Explore synthetics in your option trading, especially with butterfly spreads, to potentially save money regardless of how your trade turns out. 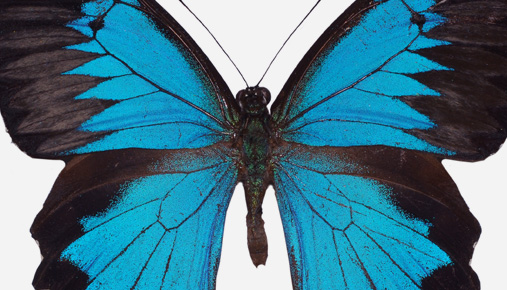 The term synthetic is a fancy way of saying that we’re recreating a risk profile of a strategy by using a combination of other options strategies. Understanding the differences in the risk and reward relationships between the strategies can help when trading these flighty creatures in the real world.

Let’s break it down with an example.

Pinning the Butterfly Down

Call and put butterflies use three strikes that are the same distance apart. We’ll use 45, 50, and 55 strikes as an example to show how each trade is created.

Some experienced options traders might buy the 45 and 55 calls and sell the 50 calls twice, which creates a long call butterfly. Another approach is to use puts to form a long put butterfly.

Both spreads are bullish trades that aim to make their maximum profit with the stock at $50 or higher come expiration day. Both risk $3 for the chance to make $2. And both even have the same greeks profiles.

To come at the butterfly from the other direction, the short 50/55 call spread for $2 is the mirror image of the long 55/50 put spread for $3. Here, both trades are bearish and are designed to make their maximum profit with the stock at $50 or lower. Both also risk $3 to make a possible $2. And, yes, both verticals share the same greeks profile.

If you put it all together, the call butterfly costs $1, with a chance to make a $4 profit, which would happen if the stock sits at $50 on expiration. And guess what? That’s true for the put butterfly, too. All you need to do is swap out “put” for “call,” and you end up with a put butterfly that’s a similar trade.

Apply this one synthetic to all the vertical spreads possible with this set of options, and you’ll start to see where the iron butterfly comes in. It’s just the out-of-the-money (OTM) short vertical spread from both the call and put sides. Selling both OTM spreads nets a credit of $2, which is the max profit that would occur at expiration if the stock is … where? Yep, $50. If the stock moves beyond either of the outside strikes, then it loses $3, just like its cousins the call and put butterfly.

All these trades aim for the same outcome:  the center strike at expiration. That’s where each vertical spread is worth its maximum value, so that’s where they each make the highest potential profit.

Okay, but if they’re really all the same, then which one should traders consider? In our example, the trades have been priced to have the same risk/reward. In the real world, though, one of the trades may offer a better risk/reward. Traders typically go for the combination that offers the least risk, which might mean more money in your pocket.