Just when you though you've heard it all about covered calls, along comes a new reason for traders to rethink this old dog. 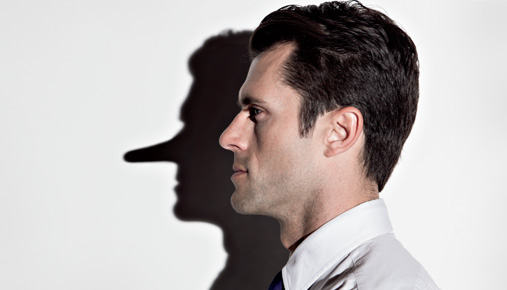 From newbie traders to retirees, covered calls are becoming an important strategy to consider for both margin and IRA accounts. And because they’re so popular, you probably think you’ve got it nailed down—i.e., buy 100 shares of stock then sell a call. Sounds simple, but is there more? In thinkMoney fashion, we’ll explore a different way to think about covered calls.

First, let’s nail down a definition. A covered call is a bullish strategy that’s always long stock, and short an at-the-money or out-of-the-money (OTM) call, where you have 100 shares of stock for every call you sell short. That’s the case for the majority of equity options in the U.S. that deliver 100 shares of stock. On the other hand, if you sell, say, 2 calls against 100 shares of stock, that’s a different strategy, not a covered call, and that extra short call would be “uncovered.” 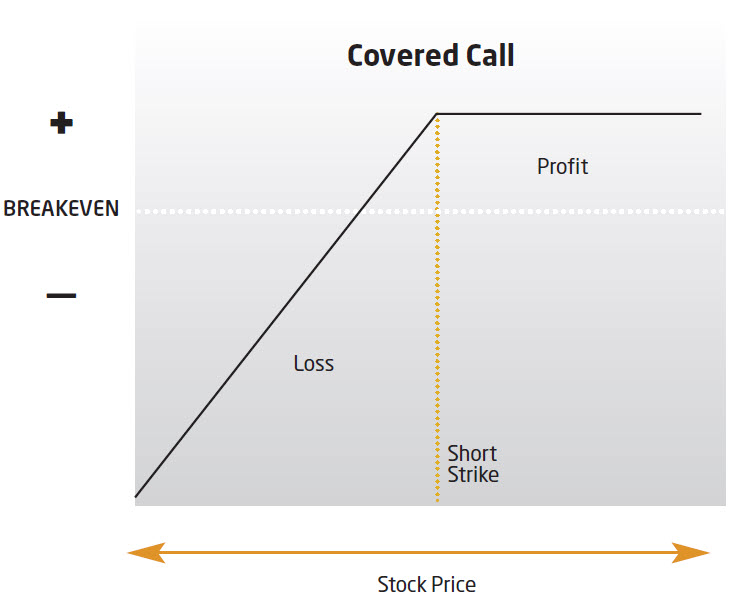 FIGURE 1: COVERED CALL PROFIT CURVE. The covered call can limit your upside, but the additional premium you collect will lower your cost basis and can increase the duration of the trade. For illustrative purposes only.

To create a covered call, you short an OTM call against stock you’ve bought or already own. If it expires OTM, you keep the stock and maybe sell another call in the next expiration.You can keep doing this expiration after expiration, unless the stock moves above the call’s strike price. In that case, you can either let the now in-the-money (ITM) call be assigned and deliver the long shares (that’s why the short call is considered “covered”), or you can buy back the short ITM call before expiration, take a loss on that call, and keep the stock. Check out the Strategy Roller on thinkorswim. It lets you automate the rolling process based on time, strike, delta, and expiration.

Traditionally, the covered-call strategy has been used to pursue two goals:

And while those two things may occur, they’re not the primary reasons a savvy investor might use covered calls. For starters, generated income implies consistency—something in fact the market can’t promise. In theory, income from a covered call comes from your credit when you sell the call (minus commissions). But the price for which you can sell an OTM call is not necessarily the same from one expiration to the next, mainly because of changes in implied volatility. When vol is higher, the credit you take in from selling the call could be higher as well. But when vol is lower, the credit for the call could be lower, as is potential income from that covered call. That’s why if you’re using the covered-call strategy to pay bills, you might want a backup plan.

Okay. So what’s the lure for traders?

Now, this definition of cost basis has nothing to do with tax reporting. Consult your tax expert for that. This particular definition is how a trader might see it. And that’s important. Because theoretically, if the current stock price is greater than your long stock’s cost basis, the position should be profitable. The lower your cost basis, the lower the stock price has to be for it to be higher than the cost basis. Imagine the scenario if your stock’s cost basis is $0. (That might sound unlikely but it can happen in certain stock-compensation plans.) Because the stock price can’t go below $0, as long as it’s $.01 or higher, that position can be profitable. So think of covered calls as pushing a long stock’s cost basis lower and lower. Maybe not to $0. But potentially lower than the stock’s current price.

The advantage of a lower cost basis comes down to the likelihood of the long stock position being profitable. If you bought 100 shares of ABC at $50, and another 100 shares of ABC at $51, which 100 shares would have a better chance of being profitable? The shares you bought for $50 only have to be above $50 to be profitable, while the shares you bought for $51 have to be above $51. Think of cost basis as the long stock’s breakeven point. The lower the breakeven point, the less the stock has to go up in order to be profitable. And the less the stock has to go up, the higher the likelihood of it making that move. A 1% move is more likely than a 10% move.

Longer duration. Covered calls can also increase the duration of how long you might hold a long stock position by hedging against losses. Reducing the cost basis by selling calls against the stock means you can move the price of a stop loss lower (either a mental stop or stop order).

Some people are concerned their stock will be called away with a covered call and trigger a taxable event. The logic is that if the stock gets called away, the price has moved up higher than the strike price of the short call, and is either profitable or has a smaller loss.

For long-term investors, this may not be desirable. But from a trading perspective, this is a good thing. Profit is profit. And that’s the name of the game. A long-term investment means you’re speculating that the particular stock will outperform, which may or may not happen. When viewing covered calls as a trading strategy, not an investing strategy, the goal becomes whittling down the cost basis, while increasing the probability of profit and duration—things over which you have a lot more control. The process over time should become almost mechanical, which could grow your confidence in your trading decisions. That’s good for newbies, retirees, and even traders like you and me.

To "roll" a call is to buy back your short call and sell the next month out, while leaving your stock position alone. With thinkorswim's Strategy Roller (pictured below), found in the Monitor page, you can automate your rolls each month according to the parameters you define. Just click the Monitor tab and select Strategy Roller at the top of the page. For more information, go to the Learning Center at tlc.thinkorswim.com and search for "Strategy Roller."

The maximum risk of a covered call position is the cost of the stock, less the premium received for the call, plus all transaction costs.

Rolling strategies can entail substantial transaction costs, including multiple commissions, which may impact any potential return. You are responsible for all orders entered in your self-directed account.