Trading the Range: A Potential Strategy for Active Investors

The S&P 500 is in a short-term trading range, but remains in a long-term bullish trend. Here’s how some investors are trading the range. 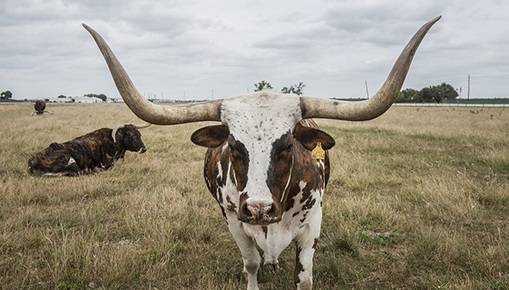 The jobs report released last week was okay, but not enough to supercharge expectations that the Fed would hike interest rates during its September 21 meeting. For the S&P 500, this might mean more of the same: sideways trading, within a well-defined range.

The longer-term trend in U.S. stocks, however, remains bullish, evidenced by the push to new all-time highs in August. But dialing down to a shorter timeframe, a sideways or neutral trend has emerged on the daily chart.

JJ Kinahan, chief market strategist at TD Ameritrade, points to a number of factors that have led to the S&P 500 trading in a fairly tight range in recent weeks. These include:

Technical analysis guru John Murphy, author of many books on charting, has written that markets trade sideways in a range at least 1/3 of the time. In the financial markets there are three trends:

This begs the question: Which strategies can active investors consider during a sideways trading range?

The first step involves identifying the top and the bottom of the current range, or in technical parlance resistance (the price ceiling) and support (the price floor). Next, draw horizontal trend lines on the daily, or intraday, price chart that you’re using to clearly identify these price points. Most recently, since mid-July, the S&P 500 has traded within a large range between roughly 2193 (resistance) on the upside and 2147 on the downside (support).

Kinahan explains how active stock investors could capitalize on this concept. For an investor who holds 800 shares of a stock, designate a portion of that position, maybe 200 to 300 shares, to this strategy, he says. "If the stock goes up to a certain level, sell it. Then, if it goes down to a certain level, buy it back," Kinahan says. Of course there are risks to this strategy. A stock could break out of its range at any time, causing an investor to potentially miss out if the move is higher or experience a loss if it's lower. Plus, a more active approach like this increases transaction costs.

Currently, while the S&P 500 index is stuck in a short-term trading range, many stocks are not, Kinahan notes. It’s essential that active investors do their homework, study charts to identify a well-defined trading range, and match indicators to the current trading environment.

Importantly, some technical indicators are better suited for trading range environments than others. A momentum oscillator, such as the Relative Strength Index (RSI), can be utilized to determine overbought and oversold areas. When employing the RSI as an overbought/oversold indicator, it’s suggested to use levels of 70 or more as overbought and 30 or less as oversold. Generally, if the RSI rises above 30, it’s considered bullish for the underlying stock. Conversely, if the RSI falls below 70, it’s a bearish signal. An example of the RSI applied to the S&P 500 can be seen in figure 1, along with the recent trading range.

The S&P 500 has been trading in a sideways range between resistance at 2193 and support at 2147. Data source: Standard & Poor’s. Image source: the thinkorswim® platform by TD Ameritrade. Not a recommendation. For illustrative purposes only. Past performance does not guarantee future results.

Focusing on the Big Picture

The S&P 500 index won't stay stuck in a range forever. Kinahan says as the U.S. presidential election near, stock market volatility could increase. Also, now that summer has officially ended and vacations are over, investors and institutional traders are turning back to the important business at hand. Active traders can consider using the sideways action now to play the range, while long-term investors can plan out their next portfolio steps.