Can You Nail Market Turns with Reversal Hammer Chart Patterns?

Hammers are an easily recognized candlestick chart pattern, and they often form in and around market reversals. Here are five things to look for. 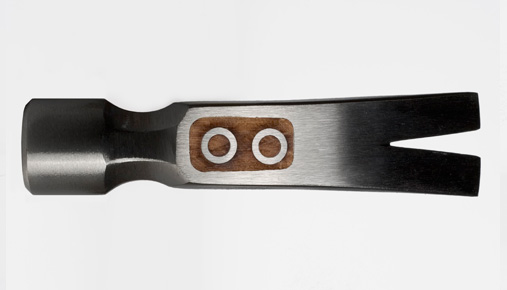 Did you read that headline and immediately wonder, “What exactly is a reversal hammer?”  To start, it is a term from a type of stock chart called a "candlestick chart."

A “hammer” is the term used to describe a single candlestick on a chart that has a short body, a long lower wick, and little or no upper wick. Basically, it looks like a little hammer. A reversal hammer forms in a downtrend and, according to folks into candlestick patterns, signals that a trend change may take place. (Here’s a primer on identifying hammers and other candlestick patterns.)

The mechanics behind a reversal hammer are straightforward, and are based on supply and demand dynamics driven by buyers and sellers. If sellers are more aggressive than buyers and begin to drive a stock’s price down, some traders holding long positions may reach a point at which they throw in the towel and begin liquidating. This additional selling pressure can drive prices even lower, perhaps at a faster pace, creating even more urgency for those still holding long positions to sell.

Eventually the day may arrive when remaining longs can assume no further losses and they unleash a wave of sell orders, temporarily distorting price sharply to the downside. Then, once the selling is exhausted, new buyers may come in and reverse the price back up near where it started the day.

On a candlestick chart, this price action resembles a hammer. The temporary downside plunge is the hammer’s handle, and the difference between the open and the close—which can be slightly positive or negative—forms the hammer head, as shown in figure 1. 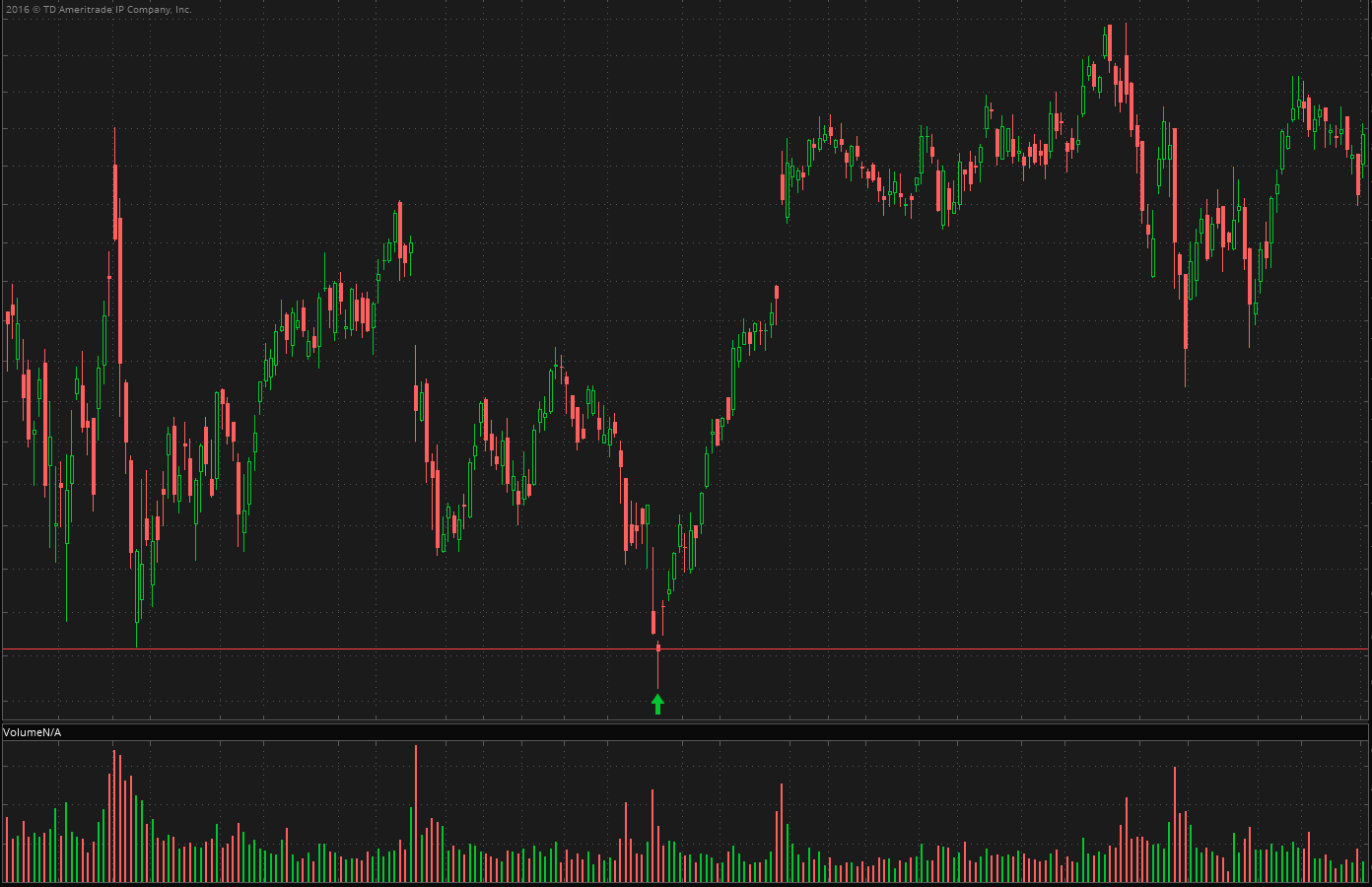 The hammer in this chart (see green arrow) seems to indicate a point of capitulation, and was followed by a sharp reversal to the upside. Chart source: The thinkorswim® platform from TD Ameritrade. For illustrative purposes only. Past performance does not guarantee future results.

Five Things to Look for in a Reversal Hammer

A reversal hammer candle may be a powerful trade trigger in and of itself, but some traders also consider other factors to determine its relevance as a trade signal.

1. Aggressiveness. The more “aggressive” the downtrend before the hammer, the more significant it may be. An aggressive downtrend may signify heavy selling and help distinguish a true reversal hammer from a regular hammer that can occur at random.

2. Strong finish. The body of the hammer doesn’t have to be positive (meaning the closing price is higher than opening price, signified by a green candle), but it may reinforce the bullishness of the signal.

4. The broader market isn’t down in a big way. The overall direction of the market should be up, flat, or slightly down. A reversal hammer is less likely to be significant if it occurs on a day when the broader market is sharply lower.

5. Volume spike. When a hammer is formed during a period of heavy volume, it may indicate that the last group of longs has thrown in the towel. Note the volume spike on the day of the reversal hammer in figure 1.

Where to Enter and Exit the Trade?

Short-term traders will often take a profit on the first move up after the reversal hammer, whereas swing traders may take a partial profit on that same move, liquidating part of the position but holding onto the rest of it in case the reversal looks to be the first wave of a longer-term move higher. And as with many trading patterns, a reversal hammer can be used as trigger across various time frames.

Hammers can be among the easiest candlestick chart formations to identify, and understanding the dynamics of reversal hammers may be a powerful addition to your trading toolbox.