Laddering price, volatility, and time can take covered calls to a new level—look to collect more premium and diversify across vol and time. 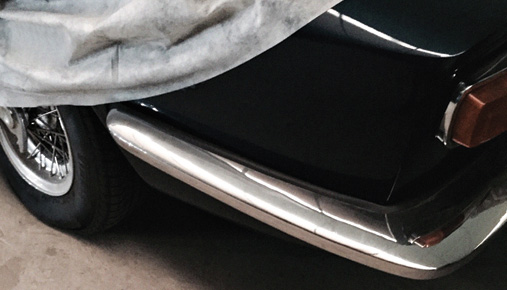 Prices discussed in this article exclude commissions and transactions costs.

What's cooler than leasing your stock to someone while giving them the option to buy it at a higher price? Not much if you’re a buy-and-hold investor. But if you’re a trader, you probably already know that this is nothing more than a covered call—and that might put you to sleep at the wheel, if you’re looking for excitement. So what makes covered calls—a combination of long stock and a short call—swerve left and get in the fast lane? Buckle up and let’s find out.

So, having 100 stock shares means you can only sell one call, and that one call has to be at one strike and one expiration. But “laddering” is a technique you can use to cast a wider net when you have 200, 300, or more stock shares.

Let’s break down a few different ways to ladder the covered call.

The first approach for laddering covered calls means you sell them at different strike prices. Consider the basic properties of a covered call. A short call limits the upside profit potential of the long stock to the call’s strike price. If you buy, say, XYZ at $75 and sell the 77 strike call (for $0.75), the long stock makes money when the stock’s price goes up. But over $77, the profits on the stock are offset by losses on the short 77 call when in exchange for limiting the stock’s upside, the covered call reduces the stock’s breakeven point by $0.75 to $74.25.

That won’t always be the case, as the prices of OTM calls will vary with differences in the implied volatility skew. But laddering lets you adjust the breakeven and max-profit point for a covered call strategy to match your outlook for the stock.

You could roll three calls at a single strike to a higher strike in the same, or different, expirations in one spread transaction. For example, buying three 77/78 call verticals could roll short three 77 calls to short three 78 calls. Rolling laddered calls would involve more transactions, e.g., rolling the short 76 call, rolling the 77 call, and rolling the 78 call, which means additional execution risk and potentially higher commissions.

What’s the downside? First, it can be harder to execute laddered covered calls than to sell covered calls at the same strike. Unless you sell the calls at the bid price, you would be, in our example, working limit orders on three different calls. Further, you might not get filled on all three at the prices you want. That’s also true for buying the calls back, if you wish to do so. Second, the commissions may be higher when executing three separate orders versus a single order for three calls. And third, rolling and managing three calls at different strikes can be trickier than for three calls at one strike.

Another approach involves selling covered calls at different expirations, which can add an element of time to the covered call strategy and be useful when important events rise, such as earnings. Earnings can elevate the implied volatility of options in the expiration following the announcement because earnings uncertainty can make traders think a stock price might have bigger moves, which drives implied volatility higher. Look on the right-hand side of the Trade page of the thinkorswim® trading platform by TD Ameritrade to review implied vol.

FIGURE 1: IMPLIED VOLATILITY AT A GLANCE.

Select the Trade tab and you’ll see the overall implied vol for the options contracts listed on the right-hand side. Source: thinkorswim by TD Ameritrade. For illustrative purposes only.

Why wouldn’t you just sell the covered calls in that expiration if the implied vol is higher? Because you’re risking the stock having a large move from that earnings event, which will affect your covered calls adversely.

Think about laddering across expirations to diversify around the event. Let’s say XYZ (still at $75) has earnings just before a January expiration. Laddering covered calls against 300 shares of XYZ might be selling one December 76 call, selling one January 77 call, and selling one February 78 call. The premium you get for selling the calls in the January and February expirations is higher for two reasons. One, you have more days to expiration over the December ones. Two, you have increased implied vol in the January options because of the earnings.

What’s the downside? In addition to the execution risk, potential higher commissions, and management issues, another risk of laddering across expirations is that you have to hold until the expiration of the furthest short call, unless you close the position by buying the short call back and selling the stock. You could choose to maintain your long position. Either way, the extra time you’d hold the stock can increase the risk of the stock dropping sharply below the breakeven point.

If laddering sounds good ,but you’re trying to wrap your head around how to get all those trades executed at the same time, thinkorswim has a tool that lets you send orders for laddered options simultaneously—the “Blast All” order type (see the sidebar).

Ultimately, laddering means using the same old strategies like a covered call with more flexibility. That’s why the fast lane could turn out to be a pretty familiar road.

Locate the “Blast All” order type in the Advanced Order section of the Trade page. Click on “Single Order,” then choose “Blast All.” Once selected, you can click the bid prices of different calls to create laddered covered calls, or the bid prices of puts to create laddered puts. When you send the Blast All order, each option is sent as an individual order and treated individually by the exchange. That’s why one order of the Blast All might get filled, but another might not.