Trying to Buy Stocks for Less and Potentially Selling Higher

Learn how to use cash-secured puts and covered calls to potentially better execute on the old market adage of buy low and sell high. 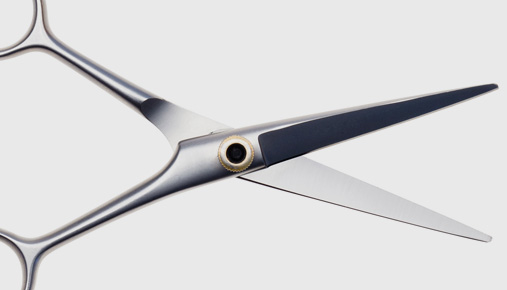 Stocks don’t usually move in one direction. There’s generally some price action back and forth, higher and lower. That’s just the natural rhythm of the market in the shorter term. And this gives the stock trader the potential to buy low and sell high as a market moves.

But if you’ve ever tried to place a buy order lower, or a sell order higher, than the current market price, you know that you don’t always get filled. So here’s a way of using options to potentially accomplish the goal of “buy low, sell high” while bringing in some income and lowering the net cost at the same time.

First, let’s look at the “buy low” scenario and assume that you’d be willing to buy 1,000 shares of XYZ stock, which has been trading in a range between $15 and $18. With the stock currently at $15.75, you could try to buy it at $15, but you might not get filled if XYZ doesn’t trade lower. Instead, you could sell 10 of the XYZ 15-strike puts, which have a month before they expire, for a credit of $0.70 each. The credit for each put is $0.70, and the total premium collected is $700, minus the transaction costs.

Next, one of two things might happen. One, you don’t get assigned on your short put by expiration, which means you don’t buy the stock at $15. But you’ll keep the premium as income (less commissions, of course). Even assuming that you’d have $15,000 of risk by buying 1,000 shares at $15 (meaning the stock would have to go to $0), the $700 credit represents a 4.7% return in one month. Not bad, right?

Of course, if it were that easy, everyone would be trying for that return every month.  Another aspect to keep in mind is that if the stock has fallen far enough to assign your puts at 15, it may actually fall further.

In the second scenario, you get assigned on your put option and buy 1,000 shares of the stock at a price that’s equal to $14.30 before transaction costs, which is the strike price, less the $0.70 premium.

So now what? If you’re not assigned the stock, maybe you try it again on XYZ. If you do get assigned the shares, then some traders would say it’s time to move to the “sell high” part of the plan. But, again, instead of simply entering a limit order to sell the stock, why not sell a call option?

Let’s assume the puts you sold at $0.70 expired in the money, and you were just assigned the stock at $15. Let's further assume that a one-month 17-strike call on XYZ is trading at $0.50. Selling 10 call contracts would bring in $500 of premium. Add that to the $700 you collected by selling the puts, and your total premium collected equals $1,200 (before transaction costs), or 8% compared to your risk.

But as we said earlier, if that were all there were to it, everyone would do it. Who would not want an 8% return on capital over a short time?  Like many "great ideas" it works when it works, but only when it works.

As the scenario plays out, you might get assigned and sell your stock at $17; or you might not. It depends on how high the stock goes and when. But you could try selling another call option next month, and so on. You could even perhaps sell a 16-strike call if it’s available in order to potentially unload the stock.

There are a few things to keep in mind, though, when using this strategy versus sticking with just the stock. It’s possible that, prior to expiration, XYZ trades below $15 and you don’t get assigned on your put; or that it trades above $17 and you don’t get assigned on the covered call. Additionally, there is the risk of missed opportunity. Suppose you sold the puts in the first scenario, and the stock rallied to $17. Sure, you collected the premium, but you did not capture all of the upside potential you would have captured had you instead just bought the stock outright.

But for stocks that you think will move in a range, and that you do not intend to hold for a long time, this strategy is one potential way to enhance returns.

The cash secured put strategy risks purchasing the corresponding stock at the strike price when the market price of the stock will likely be lower.

The covered call strategy can limit the upside potential of the underlying stock position, as the stock would likely be called away in the event of substantial stock price increase. Additionally, any downside protection provided to the related stock position is limited to the premium received.