Trading Vertigo: How to Trade Pricey Stocks with Ratio Spreads

The six-year-old rally has produced monster stocks. How do you get involved when the altitude makes your stomach quiver? Ratio spreads might be the answer. 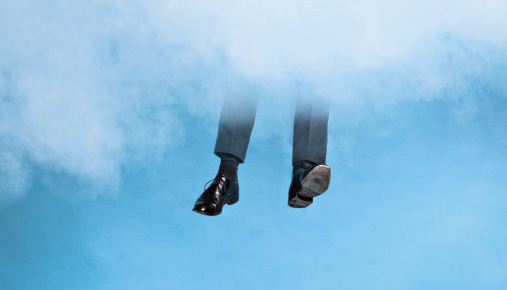 Big monster stock in Wall Street’s pantheon—i.e., Google, Priceline, any company trading over $200 a share—can create huge transactions and large spreads. In volatile markets, these stocks can whipsaw you  out of a trade because point swings can be large as well. Yet, you can be creative with options spreads using ratios of short and long options and customize a strategy, while at the same time hedging volatility and price. In a word, scale the monster-stock mountain with more confidence. (And fabulous grappling hooks.)

Is Two A Fair Fight?

Sometimes. This is where options ratios come into play. Ratio spreads and ratio backspreads are complex trades that certainly have their own share of risk. But what these strategies can potentially offer goes way beyond more basic approaches. As a spread, each trade pits one option against another, but in a one-versus-two ratio. Ideally, trades are done for a net credit—where the credit from the short option(s) covers the cost of the long option. The first strategy—the ratio backspread—combines one short option, whose credit “pays for” two long options that are further out of the money (OTM), but are in the same month.

Placing a ratio backspread with put options takes advantage of those times when you think stocks are acting “toppy,” implied volatility is low, and the market feels due for a pullback. (See Figure 1.) It feels like something more than just another down day. Consider XYZ stock trading around $105. And let’s say you could sell the May 100 put for $1.60, and buy twice as many May 95 puts for $0.70 each, for a net credit of $0.20 for one spread. Just because you enter into the trade for a credit doesn’t mean the trade doesn’t have risk. Far from it. If XYZ drops below $100 prior to expiration, then you’d lose dollar for dollar as the stock moves lower. But that pain stops at $95, when the long puts kick in. The first of those long puts offsets the losses from the short put. That caps your risk at the difference between the strikes, less the initial trade premium. So, in this case, the net risk is $4.80. From another direction, consider your run-of-the-mill short-put spread. Shorting the 100 puts and buying the 95 puts, in a ratio of one to one, gives you a neutral-to-bullish trade, where you’d keep the credit of $0.90 ($1.60 credit from the 100 put, less the $0.70 debit from the 95 put), if XYZ remains above $100. In exchange, you’d be shouldering a $4.10 potential loss if the stock pins at $95 at expiration. With the ratio backspread you’re “spending” part of that 90-cent credit to buy another 95 put. You’re still left with the $5 maximum risk of the short put spread, but now your credit has been whittled down to only $0.20, potentially leaving you on the hook for $4.80. But you still have that second long put, and this is where things get interesting. As XYZ continues to move below $95, you now win dollar for dollar. 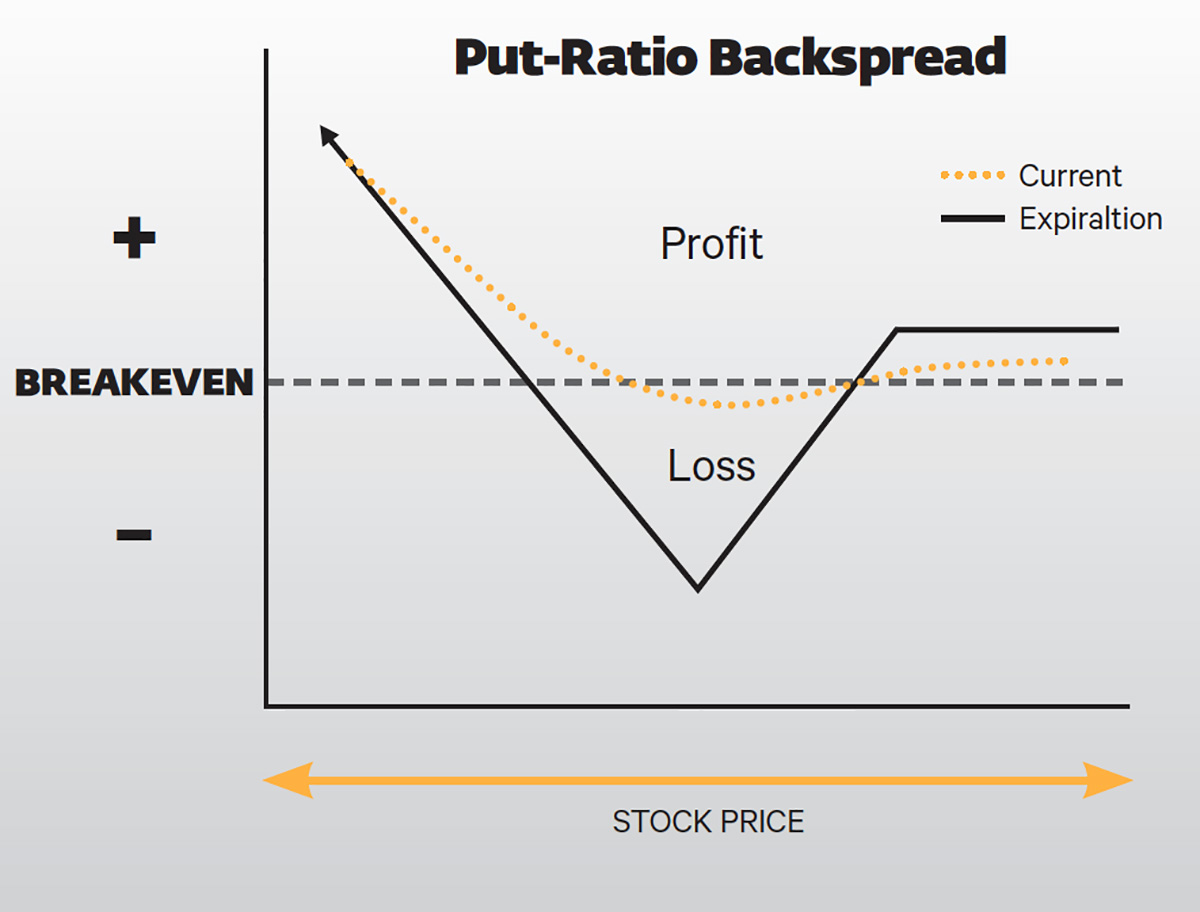 FIGURE 1: PUT-RATIO BACKSPREAD. For monster stocks in toppy markets you suspect will pull back. For illustrative purposes only.

That’s at expiration. In real-world trading, you’d probably want to be out of the trade prior to expiry if the stock is anywhere near $95 (or whatever your long strike is) or below. By looking at the risk graph in Figure 1, you can see why. Waiting until expiration means you run the risk of taking the full hit of the short put spread, without being able to cash in on the remaining long put. Also, if there’s time left before expiration, volatility can be a big part of the trade. And if the market is selling off, chances are the low volatility you identified a the trade’s outset is now pumping up, and that’s good news. You own twice as many long options as short options, and those long options are now closer to the money. So they’re more affected by a rise in implied vol. Pretty stealthy, right? Of course, the maximum profit occurs if XYZ goes to $0. But nobody expects that. Maybe you’ve owned puts before, only to see them disintegrate under a market that refused to move lower. This is the beauty of the trade.

If you’re wrong about the market heading south, you don’t necessarily lose because all the options expire worthless with XYZ above $100 and you keep the credit.

While the put ratio backspread pertains to a market you think could move lower, what about a market you think is only going to drift a little this way or that? Basic long option and long spread strategies probably need at least some amount of movement in the right direction to make them worthwhile. And, if the market doesn’t move in your direction at all, you’ll likely lose.

This is where the flip side of the ratio backspread could make sense. If we stick with XYZ trading around $105, but now assume the stock won’t make any big down- ward moves, you could buy one of the 100 puts and sell two of the 95 puts—instant ratio spread. But let’s tweak the prices so the long option costs $1.50, and the short option collects $0.80 each, for a net trade credit of $0.10. 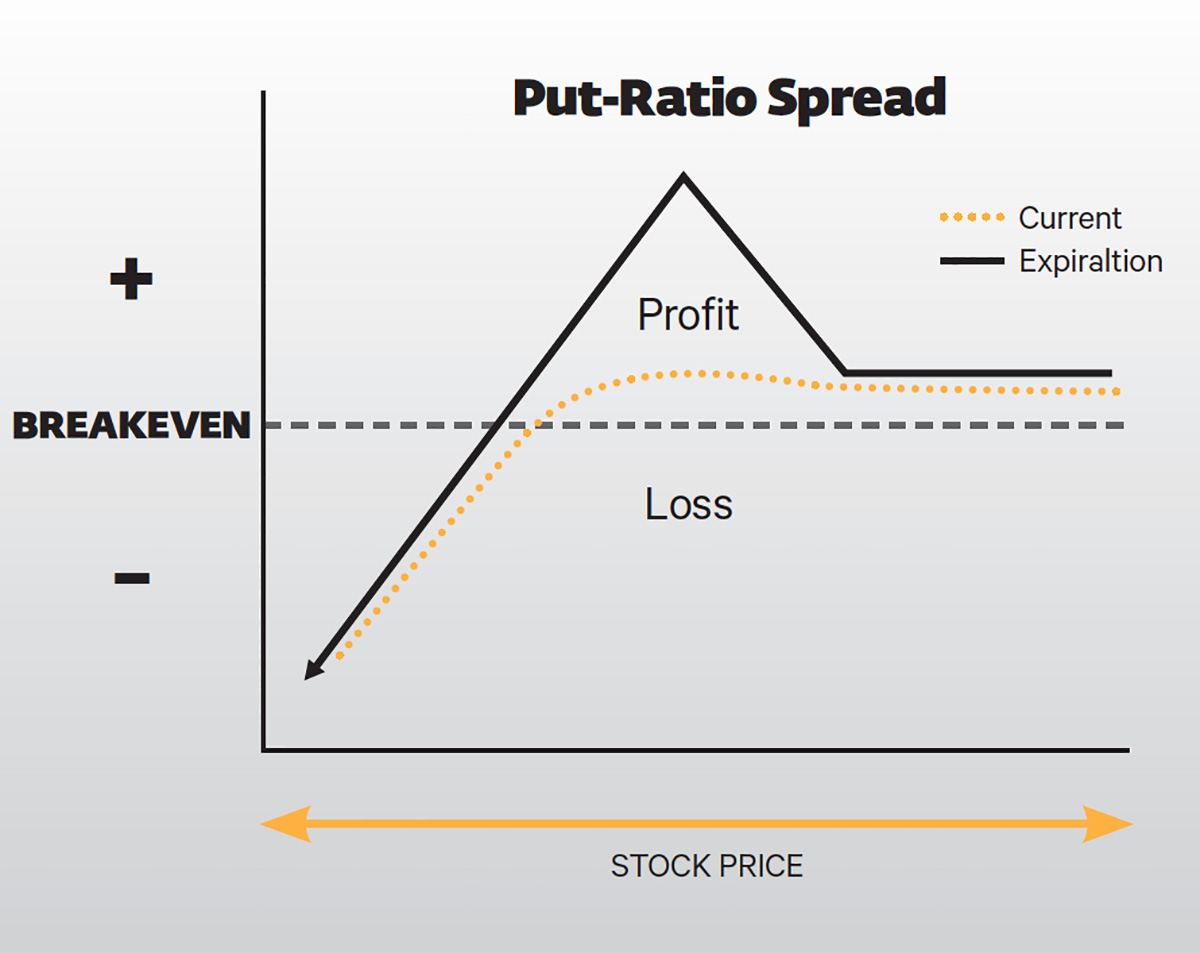 FIGURE 2: PUT-RATIO BACKSPREAD. For maximizing gains when you suspect the stock will drift.  For illustrative purposes only.

A look at the risk graph in Figure 2 suggests this is a horse of a different color since you’re short an extra put at the 95 strike. If XYZ at expiration moves below $100, the 100 put is in the money (ITM) and you profit, until the stock breaks below $95. That’s when the first of the short puts kicks in and caps the profit at 5, which is the difference between the strikes. This part of the trade is really just a long put spread, for which you paid a net debit of $0.70. Ideally, a slow grind down to the short strike is what you’re after. The second short put, which brings in another $0.80 credit, is where you need to focus.

Why? The risk of being assigned and thus obligated to buy the stock at $95 from the second put isn’t covered. So, if XYZ drops below $95 like the Titanic slipping into the North Atlantic, it’s a long way to $0. But that doesn’t have to be bad news if you’re mentally and financially prepared to pay $95 a share. (For more on short-put selling, see “Short Strategy Primer: Shut Up and Sell”)

In fact, if you consider a ratio spread as an alternative stock-accumulation strategy to a single short put, the $5 maximum profit from the put spread portion of the ratio (along with the initial credit) could potentially represent a bigger credit than just selling one of the 95 puts alone.

And since the risk is defined, don’t count out your IRA for this one. If your account carries the right level of options trading approval, you would just put up the cash to cover the cost of buying the stock at the strike price, and you can potentially add ratio spreads to your IRA trading toolbox.

Fear Not The North Face

Whatever your strategy for big stocks, big price tags, and potentially slippery slopes, ratio spreads and backspreads are best understood and managed by thinking of trades as a combination of a regular vertical spread and a single option. The ratio backspread is a short OTM vertical spread with an extra option added to the long strike, while the ratio spread is a long vertical spread with an extra option thrown in at the short strike. While more complex, and certainly not suitable for everyone, both strategies provide a chance not to lose big if you’re wrong. Something about which many other strategies simply can’t brag.

1 .  Fire up and log in to the thinkorswim trading platform.

3 .  Right-click on an option in the chain below and in the submenu choose SELL > Back/Ratio.

4 .  Adjust your strikes and prices in the Order Entry box

Companies mentioned are for illustrative purposes only and not a recommendation to buy, sell, or hold any specific security. Examples do not take transaction costs (commissions and other fees) into account.

Keep in mind that transaction costs (commissions and other fees) are important factors and should be considered when evaluating any options trade. Spreads and other multiple-leg options strategies such as those discussed here can entail substantial transaction costs, including multiple commissions, which may impact any potential returns.