Republicrat or Democan? How to Manage an Election Trade

The stock markets care about who wins the 2020 U.S. presidential elections. Stock traders look for potential trading opportunities regardless of who wins the elections. Look for clues within each of the party lines so you can be better prepared to face the election results. 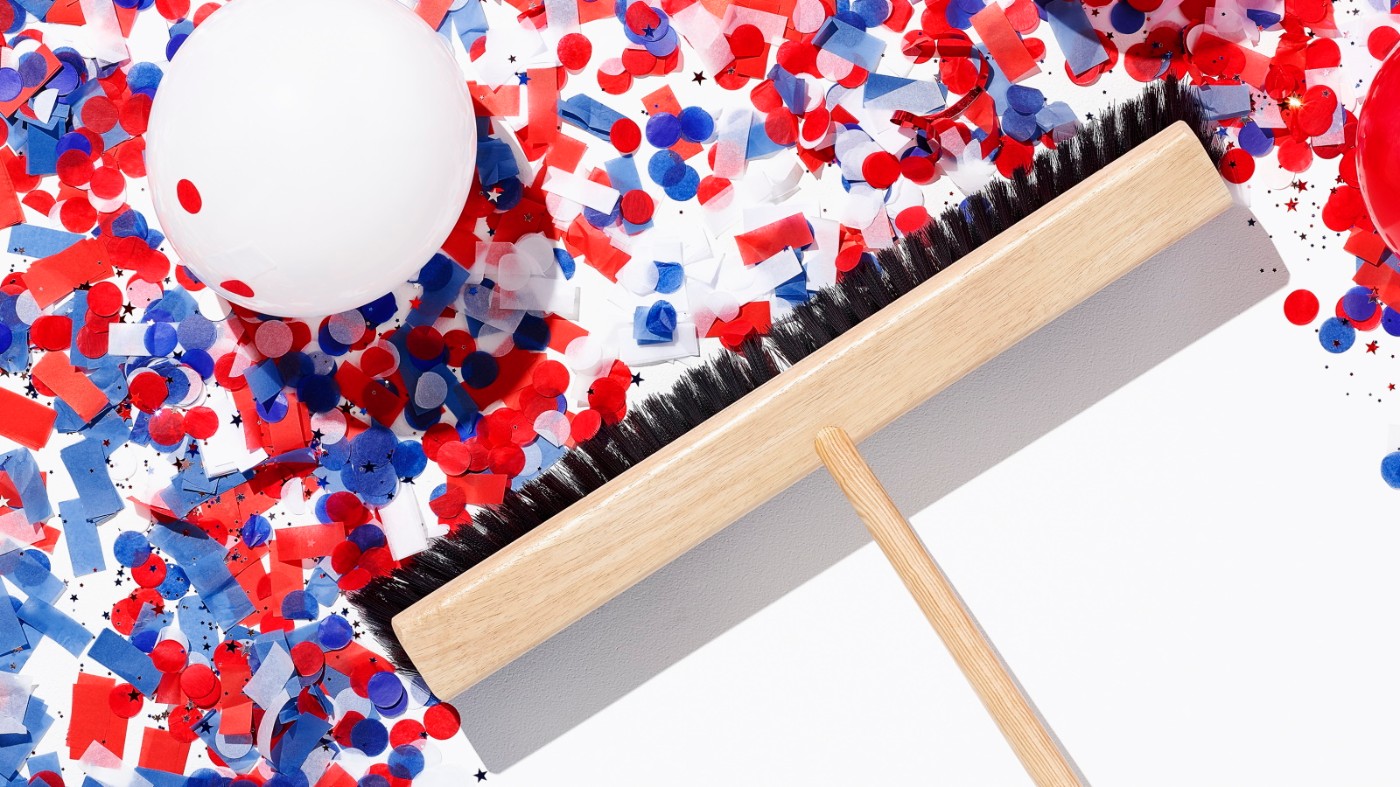 Politics and elections. They bring out the best in us, right? Not exactly. Regardless of where you stand, perceptions can move markets. The next political leaders won’t just impact the volatility (vol) of family barbecues—they’ll likely impact vol in stocks as well. So it’s best to stay calm and forget about what Uncle Fred said over burgers and beer. Instead, whether you’re a short-term trader or long-term investor, you’d be wise to plan your positions carefully way before the election results are in.

For this year’s campaign season, consider how the elections might affect the things that matter to traders: stock sectors, vol, and the U.S. dollar. Once you’ve mapped some assumptions, the way you trade the election, if you choose to do so, will vary depending on what type of trader you are—active trader, position trader, or buy-and-hold investor.

You might be familiar with common wisdom about which party in office supposedly helps or hurts which sector. But every election has variations on a theme.

Republican agendas, the thinking goes, often help industries like energy and financials because they’re more likely to ease regulatory brakes. Defense contractors also tend to get a boost from Republicans because the party tends to favor higher military spending.

On the other hand, a Democratic agenda would likely push for climate-change legislation and something akin to a “Green New Deal,” a legislative proposal to handle climate change. This could impact the alternative Energy sector—which some Democrats tend to favor over gas and oil.

Further, if Democrats grab a lead in the polls and focus on their preferred regulatory and tax initiatives, financials, healthcare, and carbon-based energy could all face pressure. Yet, under this scenario, so-called defensive sectors like Utilities and Consumer Staples might benefit. See Table 1 for a further breakdown of which sectors could see an impact.

TABLE 1: SECTORS AND PRESIDENTS. Some sectors may be affected by whether a Democrat or Republican gets elected as president. But a lot depends on the candidate’s policies. For illustrative purposes only.

Previously, health care stocks did well under Barack Obama, the last Democratic president. The logic? As insurance coverage expanded, it seemed positive for medical and insurance companies. But that could have been “Obama-dependent” as well. Other Democratic candidates might affect health care differently.

This year features a potential twist because a Democratic victory might actually help agriculture, which took a hit during the tariff wars under the Trump administration. Agriculture tends to thrive under free trade and cheap energy policies advanced by Republicans, although the previous two Democrat presidents also favored free-trade agreements.

Markets often get choppy ahead of elections. Vol isn’t guaranteed, but get ready for it. Consider tracking the Cboe Volatility Index (VIX) futures (/VX) vol curve (see figure 1). There’s a little bit of a peak in the October contracts, which expire ahead of the elections. This suggests vol could increase ahead of elections. But things keep changing, especially in an election year.

FIGURE 1: VIX FUTURES CAN HELP. On the thinkorswim® platform from TD Ameritrade, from the Charts tab, enter /VX in the symbol box. Then select Product Depth to view the vol curve for /VX. Chart source: the thinkorswim® platform from TD Ameritrade. For illustrative purposes only. Past performance does not guarantee future results.

In 2016, investors had concerns about both presidential candidates. Fear might have been a factor as stocks fell steeply the week before the election. But fear can also play a role earlier on. Look for clues about how markets might react during minor, unexpected shock waves. This year, of course, investors already got a taste of vol with the COVID-19 pandemic. Any year can bring about volatile events, but sometimes they can be more pronounced during a presidential election season.

Vol also tends to be higher in election years. The VIX averaged around 16.4 in 2004, 2012, and 2016 (stripping out 2008, when VIX hit record highs amid a global financial breakdown). VIX had generally stayed under 15 between 2016 and 2019, except for short periods—so 16.4 was slightly elevated from the lower levels we’re accustomed to.

VIX spiked right before the 2016 election. It climbed from a “what, me worry?” level under 13 on October 25 to above 23 on November 4. That rapid move coincided with a steady drop in the market as nerves frayed. But that’s tame compared to what we’ve seen so far in 2020, with VIX reaching highs above 80.

In general, vol can depend partly on how strong Democratic candidates look. In past elections analysts worried that policies often advocated by Democrats—including more regulation and higher taxes on corporations and the wealthy—could slow the economy. Democrats may likewise want to expand government programs, which could mean possible inflationary growth. Yet, recently, Republicans have also been big spenders. That aside, financials, in particular, have enjoyed nearly four years of loosening regulatory strings.

Look To the Dollar

If there’s any worry about the tightening of the regulatory screws, bonds might push higher. The dollar, however, could turn lower if a Democrat charges ahead in the polls as the election approaches. The dollar has been strong throughout the Trump administration despite efforts to talk it down. A robust U.S. economy tends to help the dollar, and—accurate or not—Wall Street often equates Republican leadership with strong U.S. growth.

In figure 2, the U.S. Dollar Index ($DXY) marched quickly above 100 by December from lows near 91 in May. The 10-Year Treasury Index (TNX) is generally inversely correlated to the dollar index. There may be times when the two may move in sync—an alert that things may become erratic, at least for the short term. But if it looks like change is unlikely, bonds might see pressure.

FIGURE 2: YIELDS AND THE DOLLAR. From the Charts tab on the thinkorswim platform, enter the symbol for the U.S. Dollar Index ($DXY). Select Studies, then Add Study > Compare with > Custom symbol ... then enter TNX. Chart source: the thinkorswim platform from TD Ameritrade. For illustrative purposes only. Past performance does not guarantee future results.

Side note: Investors have probably gotten used to an active and “noisy” Trump administration. Does that mean things might calm down if Trump ends up as a one-termer? It depends. Generally, market action happens before the actual event. So if Democrats have a secure lead in the polls as the election approaches, vol may ease.

Then there’s the Fed, which tends to back off before elections to avoid looking partisan. That doesn’t mean the Fed always sits still ahead of a general election. In times of trouble, it can get active, election or not. If you review the past 10 presidential election years, the Fed has changed interest rates (either tightened or eased) but not necessarily before the election. If the Fed makes moves in the weeks before an election, it could mean there’s something wrong with the economy. The dollar’s performance could help reveal what could potentially happen to interest rates as we approach elections.

So, how might you position yourself? That depends on your trading style and how much you expect vol to affect your strategy. It also depends on whether you’re in the market for the short or long term.

Position trader. If you’re holding positions longer than a few days or weeks, you’re probably looking for a more “balanced” approach to avoid the turbulence. This might mean missing some post-election rally, but also avoiding any potential downturn. In 2016, stocks fell steadily going into the vote, then rallied hard as November advanced. Investors who took a balanced approach were likely rewarded. You could also consider trading VIX products. If you’re worried about a vol spike, which can often happen in an election year, consider going long vol products that might help protect your equity positions. Gold is another investment that could be used as a hedge against declining stocks.

Active investor. Depending on where you think things are headed, buy-and-holders have choices too. Once both parties have had their conventions, investors will likely start hedging and rebalancing their portfolios, depending not only on which party they feel may soon sit in the Oval Office, but also control the Senate and/or the House.

How to Beta Weight Your Portfolio

It takes just a few steps on the thinkorswim platform from TD Ameritrade. Read The Utility Player: How Big Should My Options Trade Be?

If the Democratic candidate wants systematic changes, and you’re worried about vol in your portfolio, look for put hedges on your outsized stock positions and index put hedges on the rest. You can also sell covered calls on your stocks to help pay for these hedges. Overall, the index you use to hedge is up to you. The beta weighting tool on the Monitor tab on thinkorswim might help you decide.

Finally, if it looks like a repeat of 2016—or at least an extension of a divided Congress, with a Republican holding the White House—perhaps you can continue what you did in 2019. Then get ready to turn the other cheek as Uncle Fred rants at next summer’s family picnic.