The Fad Is Not Your Friend—How Large Should You Go?

The size of your position can be a tough choice, and using formulas can help, but don't let theory fool you—stick to what's relevant and what you can control. 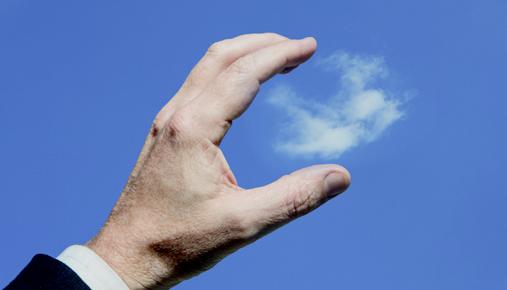 Like all card players worth their salt, traders are forever on the hunt for the next hip “something” to give them an edge. Streaming quotes? Got ’em. Split-second order executions? Check. Customized market and account information updated in real time? Love it. Beyond that, traders are happy to poke around in whatever newfangled financial or statistical theories come down the pike. And one theory that routinely pops up in trading circles is the Kelly Criterion.

What Happens In Vegas …

Back in the 1950s, a super smart guy, John L. Kelly at Bell Labs, turned his attention to Las Vegas. For mathematicians, games of chance have long been a focus of study and source of inspiration. Kelly devised a new strategy for bet-sizing in blackjack and poker. Instead of betting $10 on every hand, he suggested a different amount, say, $5 or $20, depending on the difference between the theoretical probability of winning the hand versus the probability of success you think the hand has.

For example, consider a single deck of cards in a blackjack game. There are 16 cards with a value of 10 or higher (10, jack, queen, king) and four aces. If 12 of those “10” cards and three of the aces have already been played, you might adjust your strategy and bet according to a perceived increase in the probability of winning that hand. The Kelly Criterion therefore represents a percentage of your total “stake” that the theory suggests you wager. It goes like this:

The Kelly Criterion suggests you bet 10% of your stake on that single wager. If you have a $500 stake, you’d wager $50 on that bet. But what if you thought the probability of winning was only 20%?

If the Kelly Criterion gives you a negative result, you wouldn’t wager any amount on that bet.

Some curious traders found out about Kelly. They thought his ideas might help determine how many contracts they should buy or sell for a particular trade. Kelly, they deduced, might suggest one contract in one situation, or five contracts in another. Hey, if it’s good enough for Las Vegas, it’s good enough for trading, right? Well, as always, there’s a little fine print.

Not so fast. It’s possible to have strings of winning or losing trades that don’t necessarily reflect the future potential performance of the strategy. As you’ve often heard, past performance is never an indication of the future.

Now, this is not an exhaustive treatment of Kelly, but the point’s still the same. The “market” says there’s a 33% probability you’ll make money on that 2:1 bet. But you think you have a 40% or 50% probability of making money. The higher you go, the bigger your bet.

It takes a lot of guts and ego to think that your probability estimate for winning on a bet or trade is more accurate than everyone else’s. And if you trade too big based on assumptions, and you’re wrong, and the trade loses money, it can cost you a big chunk of capital.

It’s not that the Kelly Criterion is mathematically incorrect. When it comes to trading, there are so many variables that fixed odds for a single trade aren’t possible. Moreover, the market has thousands of participants driving stocks and options prices to an equilibrium that might represent a theoretical fair value. I’m not picking on the Kelly Criterion. There are options pricing models that use stochastic volatility inputs. It sounds great, until you try to come up with a predictive volatility model.

But the motivation for using the Kelly Criterion can be valid: You want some sort of method to determine how much you might risk on a given trade. Start with a more reasonable and safe assumption. Unlike card games, there are no “edges” in trading. Arbitrages don’t exist for retail traders. Guaranteed profits beyond simple risk-free interest rates don’t exist, either.

With all that out of the way, there are a couple of approaches to position sizing you could consider.

Capital Requirements. One approach suggests you can balance positions by capital requirements and/or risk. The amount of money required to put on a trade is determined by your broker, the clearing firm, and regulatory agencies. And that amount is typically tied to a position’s level of risk.

Now, to figure this out before you place a trade, you can see the beta-weighted deltas on the Analyze page, too. You can enter a simulated trade and see how its beta-weighted delta compares to the others in your portfolio (Figure 1). If it’s smaller, you might consider increasing the size of the trade. If it’s larger, you might consider trading fewer shares or contracts, or passing on the trade completely because it’s too risky. 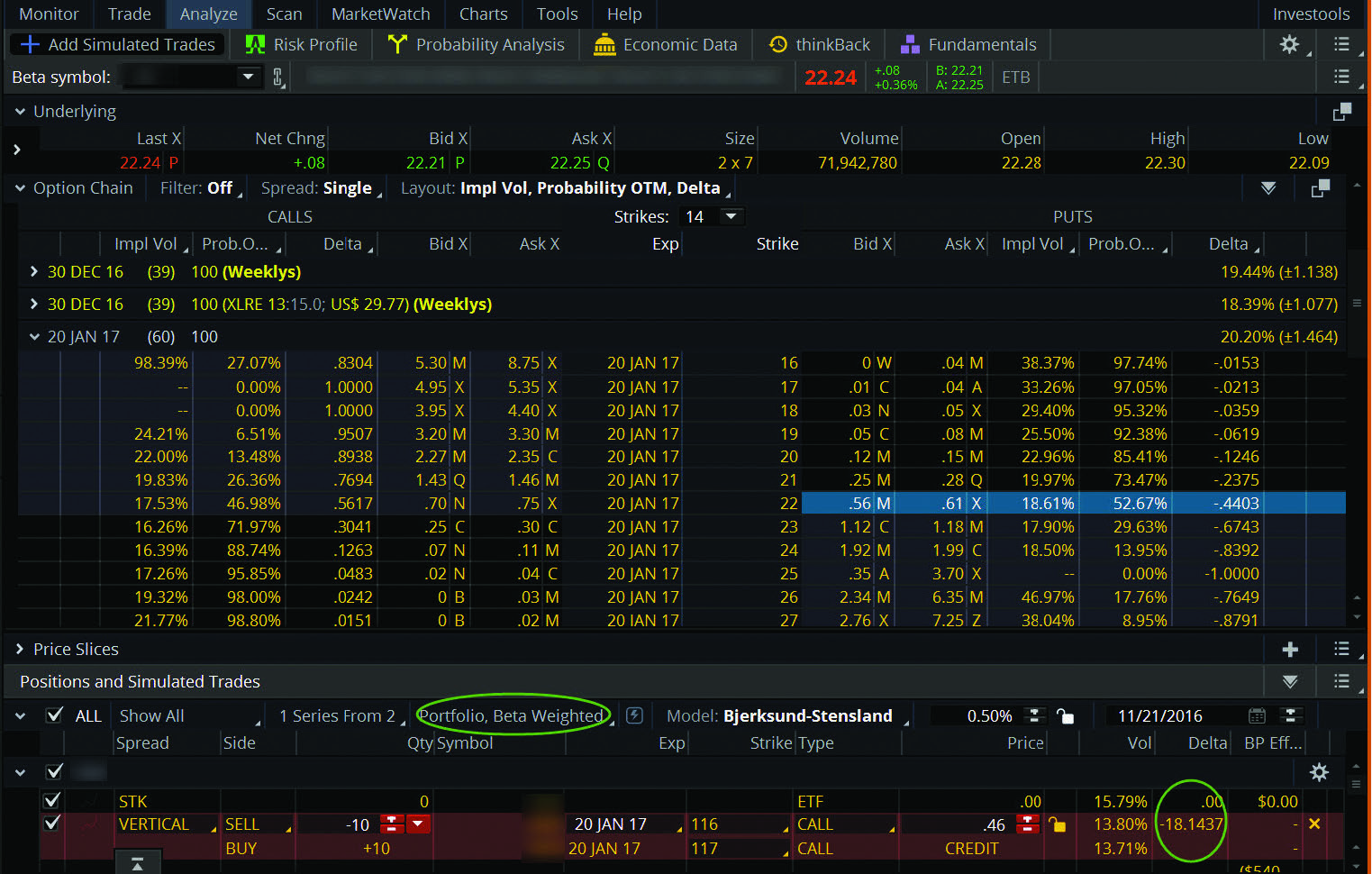 FIGURE 1: SIZE UP YOUR POSITIONS.

From the Analyze tab, enter a simulated trade, select the beta-weighting option, and see how the delta of the trade stacks up against others in your portfolio. Source: thinkorswim by TD Ameritrade. For illustrative purposes only.

Gangsters Are a Mirage

Good position sizing can help keep your trading account out of trouble. Bad position sizing can destroy you. And any approach to position sizing can be misused. Luckily for you, you have the tools on thinkorswim to help analyze potential trades and your portfolio so you don’t rely on dangerous assumptions. Market uncertainty can threaten you all it wants with its Vegas-style tough talk. At the closing bell, put on a Frank Sinatra record, kick your feet up, and revel in your superior trading brain. After all, size matters.