Loving the Diagonal Spread: An Option Trade for Time & Trend

Diagonals have long been treated as the red-headed stepchild of option spreads. But not only are they relatively straightforward, they’re flexible to boot. 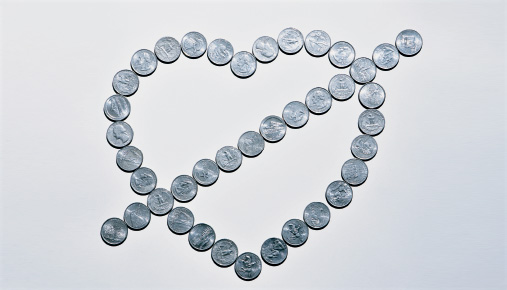 The diagonal spread. Uh-oh. Potential boring alert. Could be another options strategy that’s used only by floor traders or too hard to understand and just not very useful for retail traders and investors. Let me get back to my stocks, thank you.

Now, hold on. Sure, sometimes options can be tough to figure out—at first. And sometimes trading articles (even by yours truly) can drill down a little too deep into the options stuff for a stock investor. But diagonals really aren’t that tricky to understand once you see how they’re put together. And as for being useful, diagonals could be your next step into options trading if you’re a stock investor who’s ever sold a covered call. Why?

Because diagonals are simply made up of a short call or put option in a near-term expiration at a particular strike price, and a long call or put in a further expiration at a different strike. The term “diagonal” comes from looking at options on a typical quote screen, where the short option and long option are oriented sort of diagonally from each other on the page. But don’t spend too much time thinking about the name. What’s the whole point of the diagonal?

It starts with that short option. The fact that there’s a short option involved in the diagonal at all might be a clue that the spread involves positive time decay-meaning you make money from the passage of time. And indeed, it does.

An option that’s closer to expiration is going to have a higher rate of time decay, and if you’re short that option, as you would be in a diagonal, that’s a good thing. The problem with naked (read: unhedged) short options is that they have enormous potential risk if the underlying stock makes a big move up (if it’s a short call) or down (if it’s a short put). So, you can buy a long option as a hedge for the short option. But which one?

Imagine you’re short the June 110 strike on our old favorite, XYZ. To preserve the positive time decay of the short option, you could buy an option slightly further out-of-the-money and in the same expiration to create a short vertical spread. That further out-of-the-money option is cheaper than the close-to-the-money short option. That’s fine, but if your strategy is to short options that are closer to expiration month after month, you’re going to have to buy that option as a hedge month after month, too. That creates a lot of transaction costs, i.e., commissions and contract fees.

However, a third option of putting that long options hedge at a further out-of-the-money strike price and a further expiration does a few things.

(1) The further out-of-the-money strike price makes the long option less expensive, which means you preserve a bit more of the positive time decay from your short option.

(2) The further expiration means you don’t have to keep buying that hedge every time you short a near- term option. That reduces transaction costs. 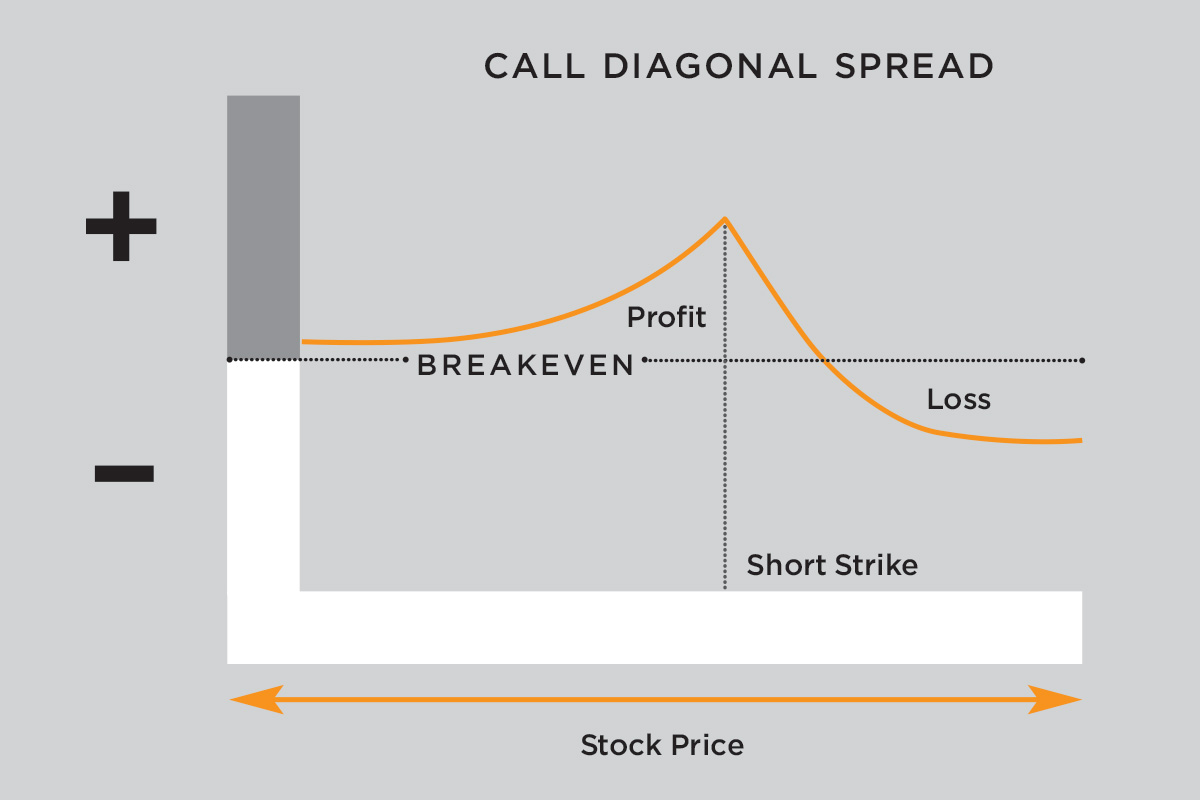 The shape of this graph will vary depending on where you place your short and long strikes, but this graph represents a short at-the-money shorter-term call with a further out-of-the-money, longer-term call. For Illustrative purposes only.

What About the Stock Guy?

That’s fine and good if you’re an option trader looking to short options. But what about the stock investor? Well, most stock investors are long stock. Long stock can use up a lot of capital, and have a lot of risk if the stock moves lower. Because of that, some stock investors buy in-the-money call options in a further expiration instead of buying stock. The calls are less expensive than the stock, and their risk is limited to the price of the call. And similar in strategy to shorting an out-of-the-money call option against a long stock position (i.e., a covered call) to create some positive cash flow, you could instead sell an out-of-the-money call in a near-term expiration against that long call in the further-term expiration. And that, folks, is a diagonal, too. Just as with a covered call, you can sell the out-of-the-money options in each new expiration cycle in the diagonal to keep that cash flow coming. But rather than think about selling the option with each new expiration, think about it as “rolling” that short option from one expiration to another.

“Rolling” is an important concept in trading, particularly when it comes to calendars and diagonals. The roll is when you buy to close the near-term short option and sell to open a further-term option at the same strike price, while leaving the long option alone. Because the near-term option is cheaper than the further-term option, that transaction generates a credit. The idea is that as you keep rolling the short option from one expiration to the next, you generate additional credits whether it’s done in a covered call or a diagonal. The additional potential credits offset the cost of buying the stock (for a covered call) or the long option in the further expiration (for a diagonal). Hence, you increase your potential for profit. The bigger the credits you get for the rolls, the more you offset the cost of the stock or the debit of the long option. On the flip side, with smaller credits for the rolls, you don’t offset the cost as much, and your risk (amount of potential loss) isn’t reduced as much. A word of caution: Due in part to the uncertainty of the total credits you can get from the rolls, an adverse price move in the stock is still a risk to your positions.

Back to our XYZ example. This time, you’re long the 90 strike call in December expiration, and you short the 110 strike call in the June expiration to create a diagonal. When you roll the June option to July, the July option to August, and so on until you roll the short November option to December, you’ll still be long the Dec 90 strike call and now short the Dec 110 strike call, which creates a long Dec 90/110 call vertical. But the interesting thing about a diagonal is that you can choose a different strike to roll the short option to. That long Dec 90/110 call vertical is a bullish strategy—it goes up in value when the stock price rises. What if you think the stock might go down now? You’re still long that Dec 90 call, but let’s say you roll the short 110 call to a short 85 strike call. That creates a short 85/90 call vertical, which is a bearish position. Simply by rolling the short option to a different strike, you can change the bullish/bearish posture of the diagonal. That’s why they’re so flexible in different market environments. It’s much harder to do that with a long stock position.

Now that you’ve taken the diagonal primer, are you convinced that they’re not quite as bad as you thought? Hopefully so. And if you decide to trade them, use the free tools on the thinkorswim® platform to analyze the strategy and see where it loses money, as well as how to enter the diagonal order as a single spread.