Out-of-the-Money or In-the-Money Spreads? How to Choose

Liquidity, cost, and overall tradability turn options strategies that are similar on paper into real-life scenarios that look quite different. 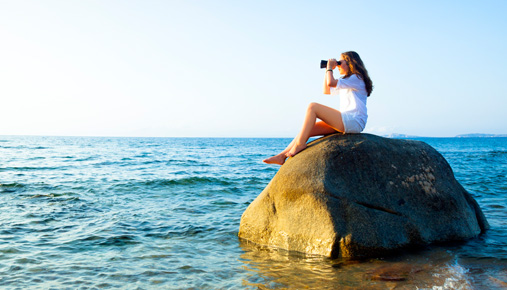 Option traders tend to toss around the terms out of the money and in the money a lot. And although the definitions are relatively simple, the impact each has on trade results can be quite complex.

Suppose you have a bullish bias on a stock or index, and you’re contemplating selling an out-of-the-money (OTM) put vertical spread. Is there something wrong with buying in-the-money (ITM) verticals when you’re bullish? Well, no—and yes.

First, the no. When you sell an OTM put vertical, that’s synthetically the same as buying an ITM call vertical at the same strike prices. They're both theta positive, meaning as time passes, all things being equal, time decay works for you, not against you.

How’s that? If XYZ goes to zero, the max loss on either spread is the same ($350). If XYZ goes to $100, the profit on either is $150. And break-evens? They’re the same—both at $83.50. That’s why the short put vertical and the long call vertical are synthetically the same. One is created with calls, the other, with puts. But as far as risk/reward goes, they’re the same.

The Same … But Different

Liquidity. OTM verticals are typically easier to trade because they tend to be more liquid. That’s because more retail participants trade them. And because you can sell the OTM options against your stock position to generate income, there’s just more activity in them all around. They’re also less expensive than ITM spreads. The combination of price plus activity translates into tighter markets for the OTM verticals.

Cost of trade. If you’re lucky and your short OTM put vertical expires worthless, that’s it. It’s done. You keep the credit and move on to the next trade. But the ITM call vertical has a long option that is automatically exercised and a short option that’s automatically assigned. That exercise and assignment have fees attached—potentially on each leg of the trade. That can be a big expense to trade the ITM vertical if it turns out to be a winner.

Ultimately, you decide which way to go. Although mathematically there’s no difference between OTM and ITM verticals, there’s a reason why more traders gravitate to OTM. Given the difference in liquidity and cost, sometimes a nickel is worth more than a nickel, right?

Yup, Options for Your Options Data