Capiche: Hit the Bid, Lift the Offer, or Trade In Between

Understanding how to take advantage of spread prices can help you make an informed trading decision. Learn ways to deal with market makers here. 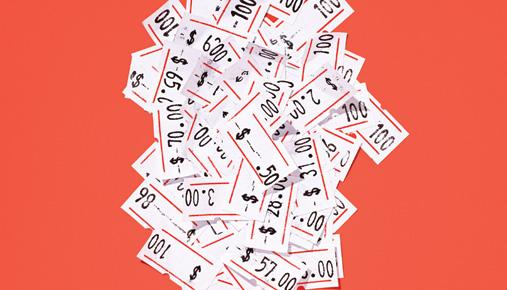 You see, market makers on any given exchange still create those bid/ask spreads. For equity and index options, they must post bid/ask spreads at which they’re willing to buy or sell options. That obligation is what they get in exchange for making two-sided (i.e., bid and ask) markets.

If a market maker has to buy an option on the bid price and sell it at the ask price whenever you want to do a trade, she makes the bid/ask spread wide enough to make a theoretical profit when she buys or sells. That’s the market maker’s “edge.” The narrower the bid/ask, usually, the smaller the edge. Which is good for us as self-directed traders.

But a market maker will often hedge that option trade with shares of the underlying stock. If market makers can’t execute their stock hedge because the stock is volatile or illiquid, they’ll widen the option’s bid/ask spread. In other words, if they can’t easily hedge the option trade, they risk losing their edge. So, they build in more edge (i.e., widen out the bid/ask spreads) to give themselves a better chance to make money.

You might see narrower bid/ask spreads for options on stocks that are actively traded and have narrow bid/ask spreads themselves. Those options may have open interest in the hundreds, or even thousands, so there are potentially lots of participants willing to buy and sell that option.

That said, when you trade, you want to get the best price—meaning a lower price when you’re trying to buy an option, and a higher price when you’re trying to sell. If you see a narrow bid/ask spread for an option, say, $0.02 or $0.01, you can buy or sell that option and give less edge to the market maker. Combined with high open interest, an option doesn’t get more liquid than that.

A wide bid/ask spread might signal caution is prudent. For example, if it’s $0.10 or more and has low open interest, you may have a tough time getting filled in between the bid/ask spread, and may have to give the market maker more edge when you do a trade. That increases trading costs above commissions.

When open interest is low and bid/ask spreads are wide, you might consider moving on to the next trade. Chances are no one wants to play unless they get an edge for taking your trade. So, take your ball and go play somewhere else.