The Myth of Delta Neutral (and Other Greek Tales)

The greeks option traders use are loved by many, but understood by few. Know the false “truths” about option greeks to better manage your trades. 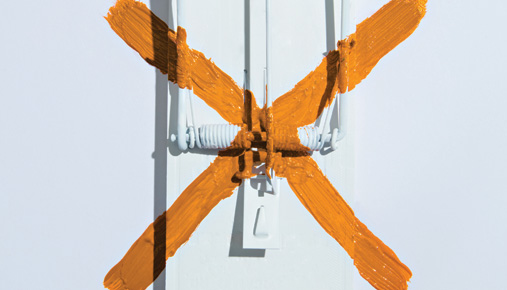 Hercules, Zeus, Pegasus— that about covers your Greek mythology. But have you studied the myths about option greeks, too? Your delta, your gamma, your theta? I’m not saying the ancient Greek stuff isn’t important, but the lowercase greek myths can have a bit more impact on your portfolio’s well-being than a well-aimed, god-hurled thunderbolt. Let’s clear up a few things before they cause you more trouble.

Delta, gamma, theta, vega, and rho don’t make up an option’s price. Options greeks estimate how an option’s price might change with a change in the underlying stock price (delta, gamma), time (theta), volatility (vega), or interest rates (rho). Think of it this way— the option price starts at $1, and then the stock price changes, volatility rises, and time passes. The option price is now $2.50. You can look at how much the stock price and vol changed, and how many days have gone by, and assume so much of the $1.50 increase was due to delta, so much to vega, so much to theta, and so on. But too often, traders think the greeks—particularly delta—represent how much money they’ll make.

The truth is, the option price is determined by the market’s cumulative buying and selling activity, based on traders’ expectations of how much the stock price might change before expiration. The greeks are just descriptive—although valuable—numbers.

Let’s say you’re bullish on a stock and think vol might drop. A naked short put has positive delta to benefit from a rise in the stock price, and negative vega to benefit from a drop in vol. You’re okay with the risk of a short put, and have enough capital in your account to cover the margin. You’re good to go. Right?

Remember that the greeks you see at the time you sell those puts will likely change over time. Changes in time, stock price, and volatility affect all the greeks, which could change the strategy’s positive and negative vega.

The truth is, time, stock price, and volatility are all moving at once, so the greeks are changing, too. The greeks are just a snapshot. Log into your account daily and check the greeks of your portfolio and individual positions. They could be changing faster than you think.

What delta neutral means can depend on your trading style. To a bank or a hedge fund, delta neutral can mean a fund’s overall portfolio has a delta of zero (or close to it). The fund might achieve that by adding negative delta positions if the overall portfolio is positive delta, or positive delta positions if the overall portfolio is short delta. In other words, a fund that wants to be delta neutral takes active steps to get its delta as close to zero as possible in order to avoid losing money if the market makes a large move. The fund might make money on interest rate arbs, for instance, and not want to take any directional market risk.

However, regular traders don’t necessarily use delta neutral that way. For us, “delta neutral” can be a simple way to describe a position designed to make money if the stock or index doesn’t move much. Take an iron condor, which is made up of a short call vertical and a short put vertical that are equidistant OTM. The iron condor makes money if the stock stays in between the short strikes through expiration. In fact, you’re hoping to make money from positive time decay, and don’t need to be too focused on the iron condor’s actual delta.

The iron condor may have some positive or negative deltas depending on how close the stock is to the strike of the short call or short put. And maybe the iron condor has a negative 10 delta today, and a positive 5 delta tomorrow. But if you believe the stock price is going to stay in between the short strikes, you don’t want to add a new trade to bring the iron condor’s delta closer to zero with every change. Doing that can drive up commission costs and eat away at the original goal of the iron condor—positive time decay.

Myth: You don’t need to pay attention to myths—greek or otherwise.
Truth: Yes, you do.

So maybe “delta neutral” is less important to us than the actual delta of an individual trade. Positive or negative, delta needs to match your directional outlook for the stock. Delta can indicate a trade that acts more or less like 100 shares of stock as far as profit and loss are concerned. So, a trade with 80 deltas represents significantly different risk than one with 20 deltas. But the difference between a trade with 20 deltas and a trade with 25 deltas? Not so much.

Does that mean you should close out your GVRC shares or buy more FAHN shares to make their beta-weighted deltas more equal? Not necessarily. But be aware that your portfolio is more sensitive to changes in GVRC than FAHN. And the difference between the beta-weighted delta risk of the 100 shares of FAHN and the 100 shares of GVRC means if you anticipate a market correction and want to reduce your portfolio’s delta, you can look at the beta-weighted portfolio of positive 130 SPX deltas and maybe hedge by doing trades in SPX options that have negative deltas, like short call verticals or long put verticals.

The truth is, option greeks are important to us options traders. So busting the various myths about them will help you use, and interpret, greeks better. Or you could just forget the whole thing, wear a toga on your morning run, and hope the gods take care of your trades.

To investigate deltaneutral trading, use the paperMoney application within thinkorswim® platform. You can put on simulated positions without incurring any commission costs or risking real money. Can’t beat that to test a strategy.