The Power of Patience and the Four Stages of Stock Cycles

Learn to identify the four stages of a stock cycle: accumulation, markup, distribution, and markdown. 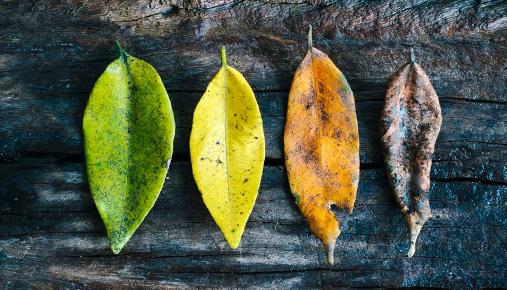 From the changing seasons to the ebb and flow of the economy, cycles are all around us. Each is driven by unique forces and made up of individual stages. Cycles and stages are also present in the movement of stocks, and understanding their dynamics can help you identify potential trading and investment opportunities.

Identifying stock cycle stages can also help you develop patience. And in the financial marketplace, patience can be your friend. It can keep you from selling a stock too soon when bad news hits, because you’ll have a sense of where it is in the cycle and won’t be tempted to drop it on a rough day. It might also help you avoid buying too soon on a dip, or, in trader parlance, “trying to catch a falling knife.”

“As a long-term investor, you have to be patient with all the noise,” says JJ Kinahan, chief market strategist for TD Ameritrade. “You have to know why you got into an investment and how to make sure the investment works. Have a time horizon, and know if you got in to take advantage of earnings or because you think the company is going to grow 5% a year and you want to collect dividends. As an investor, you need to have a plan the day you get in.”

This is the first stage of the cycle and can be found with individual stocks, sectors, or the market as a whole. It’s characterized by meandering, sideways price action that stays within a range and can last a long time, sometimes even for years.

This is the stage in which “smart money”—in the form of institutional investors—begins to accumulate shares. These are major players who need to acquire large positions but can’t do it all at once for fear of driving prices higher and raising their cost basis. So they buy at regular intervals when the stock hits their desired price levels. This supports the stock and moves it up slightly. Then they wait for the move to be digested and the price to come back to their target level before repeating the process.

During this stage, few retail investors might participate because price action is unremarkable and doesn’t attract attention. On the other hand, this is where long-term investors might be able to position themselves to realize the greatest gains. But you may not want to jump in all at once.

“Consider scaling into or out of positions to take advantage of price movements,” says Kinahan.

Buying everything at once means you might miss out on a better price the next day or the next week. A “bite-sized” approach might work better than chewing off a big chunk all at once. It will likely raise your transaction costs, though, so take that into account.

Just as the accumulation stage is characterized by support and resistance levels containing the price action of a stock, the markup stage is identified by price rallying above the resistance level. When this “breakout” happens, you’ll likely see a spike in volume. This is caused by institutions and individuals, who didn’t buy during the accumulation stage, jumping into the stock.

It’s during this stage that price action can go from neutral to trending. If you begin to see higher highs and higher lows after price breaks out, it can be a telltale sign that the markup stage has begun. This type of movement can attract attention, and as more and more buyers come into the stock, the uptrend typically gets stronger, eventually becoming parabolic before entering the next stage.

It’s often best to be patient at such times and make sure you buy the stock at the price you want. That might mean using simple moving averages to track key support and resistance levels.

“Consider placing a buy order right above support levels,” Kinahan says. “If a stock goes down to the support level, an order at that price might not get filled. Some investors would rather pay up a couple of cents than miss it totally.”

During this stage, and really at any point in the cycle, don’t let yourself stray from your trading plan if things don’t immediately move your way.

“When you’re investing, sometimes you expect a move to happen and it doesn’t right away,” Kinahan says. “If a company releases a new product, it may not have the initial reaction on day one. But if you’re a true believer, it may take time for it to happen. You may want to hang on.”

This is the topping stage for a stock, sector, or the market in general. It signals that a rotation is taking place as early buyers—those who bought during the accumulation stage—as well as later buyers may begin exiting the stock.

One hallmark of this stage is an increase in volume, but without an increase in price. In fact, this stage often sees the stock’s highest volume because bullish sentiment is extremely high. Initially, new buyers may be able to absorb the selling, but not enough to keep driving the stock higher. In this scenario, the stock can actually collapse under its own weight.

One way to identify this stage is through chart patterns such as a head-and-shoulders top or double top. A break below the 200-day moving average can also be a confirming signal that the distribution phase has ended.

This is the final stage of the cycle, and the one that many investors want to avoid. At this point, buyers who got in during the distribution phase and are underwater on their positions start to sell. Because all the institutional players are long gone, there are very few new buyers to absorb the increased selling, which can attract even more selling.

This cascading effect can send prices down very rapidly and on large volume. This phase usually ends when a critical support level is breached and volume spikes many times the daily average, at which point most net selling is exhausted and the stock can return to the accumulation stage once again.

If you want to learn to identify these four stages, study the past chart action of various stocks on a weekly time frame. With enough practice, you’ll be able to identify the potential signs of each individual stage.

Patience and discipline, however, are up to you.

Investing in the stock market involves significant risks, including loss of principal.