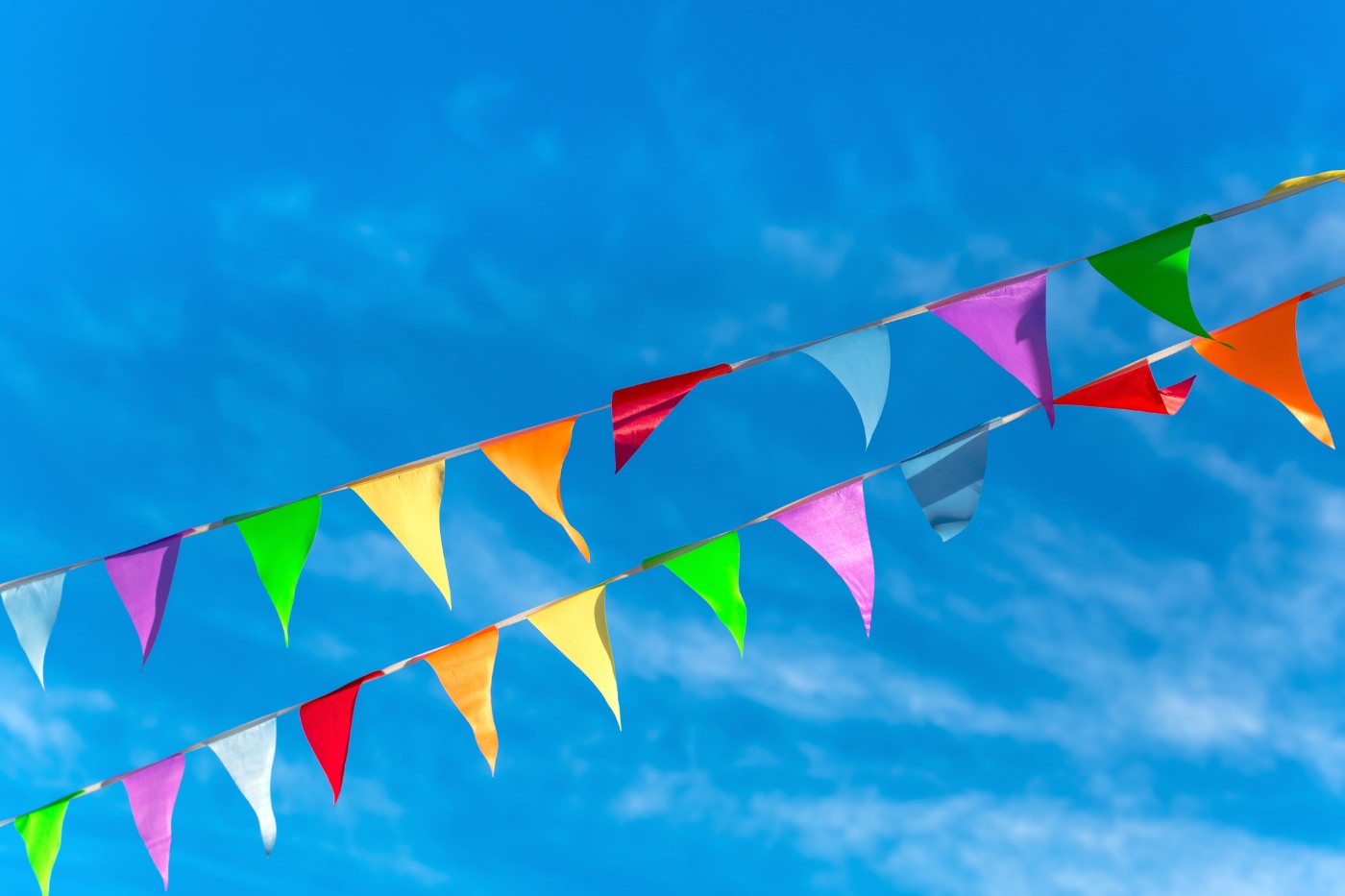 If you grew up with a strong penchant for connecting stars and identifying constellations, then you might be naturally “hardwired” for identifying market patterns. If so, you’ve probably noticed how certain patterns and shapes sometimes seem to appear. Identifying patterns in the market can be useful, because they can sometimes indicate where and when price may be likely to move.

A Caveat for Using Chart Patterns

Some investors like to use chart patterns when analyzing markets. As Connie Hill, education coach at TD Ameritrade, commented, “If we see various stocks behave a certain way during or after a pattern formation, we have an assumption as to what to look for.”

It can also help investors identify “a potential entry, target, and exit if the stock hits the target or if the pattern breaks down,” Hill added. But she also warned that no price pattern is ever guaranteed, and news will trump any technical pattern or signal.

So, keep the following in mind:

The cool thing about chart patterns? They can provide you with a bullish or bearish context. You can use them as tactical setups to fine-tune your market entries and exits.

There are many variants to flags, pennants, and ascending triangle chart patterns, but it’s important to start with the basics of these patterns so you can identify them once they begin to form.

The Bullish Flag Leans Against the Trend

“One price pattern that seems to emerge frequently is a bullish flag pattern,” Hill mentioned. You can think of a bullish flag as a pullback that tilts against the direction of the prevailing trend. Two things distinguish a bull flag from other types of pullbacks:

The traditional expectation for a bullish flag is for the price to break above the flag’s formation (resistance) and continue moving upward. But how low can a flag go? More often than not, a flag will retrace no more than 50% of its previous movement. If a flag retraces 2/3 to 3/4 of the pattern, it’s considered null and void, at which point it’s not a good idea to take an entry based on flag expectations.

Example of How to Trade a Bullish Flag

Figure 1 shows an example of a bullish flag trade.

FIGURE 1: IT’S A CLASSIC. This bullish flag played out as expected, which may not always happen. Here you see how, after the breakout from the bullish flag pattern around $15.14, prices moved up to a high of $20.97 before retracing. This is just a little above the bull flag price target of $20.83 ($15.14 + $5.69). Chart source: The thinkorswim® platform from TD Ameritrade. For illustrative purposes only. Past performance does not guarantee future results.

Pennants: A Rare Bird That Can Fly in Any Direction

Pennant patterns are rare, and if you happen to see one, you’ll notice it looks like a symmetrical triangle pattern, but one that can tilt either up, down, or sideways.

There’s a big difference between a pennant and symmetrical triangle: Pennant chart patterns are short term and are preceded by an extended price run (similar to a flagpole). Symmetrical triangles, on the other hand, are often longer-term patterns independent of preceding patterns (hence, no flagpole).

Figure 2 shows an example of a pennant pattern with an upside breakout.

FIGURE 2: WHICH WAY? Price can break out above or below a pennant pattern, so the support and resistance levels of the two sides can act as stop-loss levels when placing trades. Chart source: The thinkorswim platform from TD Ameritrade. For illustrative purposes only. Past performance does not guarantee future results.

Although pennant patterns may lead to upward breakouts, their direction after a breakout doesn’t show any significant bias toward an uptrend or a downtrend. So, keep your stops relatively tight.

Ascending triangle patterns are traditionally bullish signals that can occur in any trending environment—up or down. It is, as Hill described, “a bullish continuation price pattern.”

What does an ascending triangle look like? The upper part of the triangle is flat, like a ceiling that can act as a resistance level (see figure 3).

“Even though the highs are at a resistance level, the lows continue to go higher and higher,” Hill commented. “Traders may look for the upward price break above the resistance level before the horizontal and diagonal lines of the ascending triangle cross. That is the most common entry point.”

FIGURE 3: BREAKING OUT FROM AN ASCENDING TRIANGLE. An upside breakout from an ascending triangle could indicate the start of a trend, although you may consider placing a stop order in case price dives back below the horizontal line. Chart source: The thinkorswim platform from TD Ameritrade. For illustrative purposes only. Past performance does not guarantee future results.

So, how might you trade an ascending triangle pattern?

It’s All About the Pattern

Flags, pennants, and ascending triangles might give you a clue as to where a stock or index may be heading. They can “indicate” potential outcomes but can’t “predict” a specific outcome. If anything, they can serve as a “tactical” reference point for potential entries and exits.

Although these principles are the foundation of technical analysis, other approaches, including fundamental analysis, may assert very different views. TD Ameritrade does not recommend the use of technical analysis as a sole means of investment research. A stop or stop loss order will not guarantee an execution at or near the activation price. Once activated, they compete with other incoming market orders. 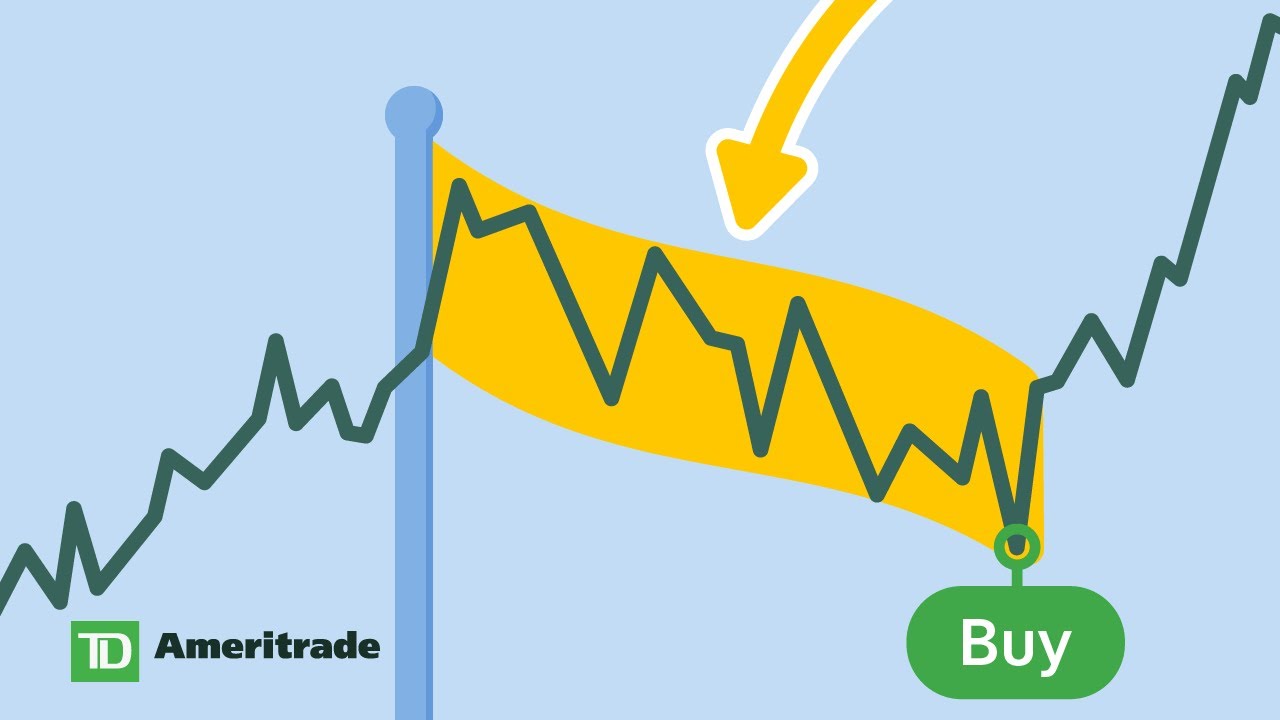 How to Use Bull Flag Entries and Price Targets
2:40
Print