Earnings Moves: When Being Below Average Might Be a Good Thing 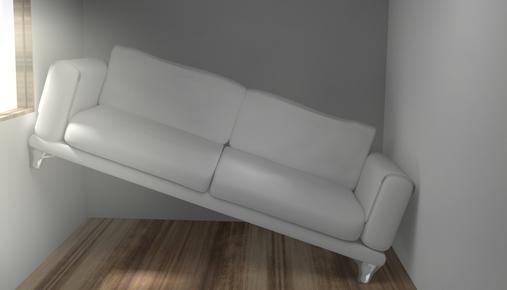 Earnings announcements can be volatile events for the company reporting, and have the potential to propel the stock higher or lower depending on the results. Option volumes tend to increase around these events as traders look to position themselves for these potential moves.

Interested in trading the potential magnitude of an earnings move but not necessarily the direction? Here are some things you might want to know.

With the advent of weekly option expirations, you can get a pretty good idea of how big a potential earnings move is priced in, by looking at the at-the-money (ATM) straddle that expires just after the earnings announcement.

For example, let’s say company XYZ is releasing earnings on July 26th after the close.  Before the release, you could look at the ATM straddle that expires on July 28th, to gauge how the options market is valuing the move. This ATM straddle price represents the expected magnitude of the underlying stock move following the earnings announcement, plus the market’s expectation of the stock move from then until the expiration on the 28th.

For these options expiring July 28th, once the earnings have been released and disseminated throughout the marketplace, there is only one regular day of premium left in the options.

The options market is not a perfect predictor. It doesn’t know what a company’s earnings will be or how a stock will react to the announcement. The option prices ahead of the earnings release are simply reflecting the supply and demand in those options along with the market’s best guess of the potential move.

Let’s say the earnings came in just above expectations, and XYZ moved to $52 following the announcement. One could say, then, that market had overpriced the potential earnings move.

Of course, it is impossible to tell the future, but when analyzing stocks for potential earnings plays, one strategy is to look at a stock’s average percentage move for the trading period following the earnings release, over an extended period, say 2 years, as a benchmark. Here we would look at the stock’s price change between the closing price on the day prior to the earnings announcement and the following day’s close. This can give us a rough idea of how much the stock tends to move once the earnings have been disseminated throughout the market. And for the purpose of consistency, we’ll convert the prices into percentages based on the prevailing stock price at the time of each earnings release.

Next, we’ll convert the average percentage move into dollar terms by multiplying the percentage by the current stock price. This gives us the current average dollar move for the stock, based on earnings releases over the past 2 years.

Finally, we’ll compare the average dollar move to the price of the ATM straddle. Is the market pricing an earnings move greater than, less than, or about the same as the 2-year average?

Keep in mind, that the past earnings moves are only being used as a reference. This does not mean that the stock will react or move in the same manner in the future.

Is There a Script for That?

When I started looking at the 2-year average earnings moves, I calculated them by hand.  I soon realized that this was quite tedious, time consuming, and prone to error.  One of the great things about the thinkorswim® platform from TD Ameritrade is it allows you to build your own scripts to automate tasks. This led me to build a script to calculate the average percentage earnings move. It also displays the individual percentage moves for each cycle in a graphical format overlaying the average move. (on the Chart tab)

For those interested in the script, In the thinkorswim platform, go to Setup in the top right corner; Open shared item, and then copy and paste the following link in the box:

Note: To display the individual earnings for the 2 year period, the chart should be set to 2yr Daily.

A recent article introduced the short iron condor, a risk-defined options strategy consisting of a short call vertical spread paired with a short put vertical spread, with both spreads out-of-the-money, and typically centered around the current stock price.

The article demonstrated how you can attempt to take advantage of elevated option premium during earnings. Here are a couple things to consider when iron condor hunting:

ATM straddle. Look at the option chain for the earnings week option expiration. Is the ATM straddle trading at a premium versus the 2-year average dollar move, as explained above?

Timing. One strategy is to start looking at earnings plays within a couple of days of the announcement.  By initiating a short iron condor just prior to earnings, you can center the iron condor around the current underlying stock price. Plus, the closer you are to the earnings release, the more you can isolate the earnings move relative to other potential market moving events.

So now that we have discussed what might make an iron condor candidate, let’s look at a hypothetical example. The table below shows the average earnings moves for an example stock over the past 2 years, the share price and the price of the ATM straddle on the day before the earnings release, and the actual net change in dollars on the day of the earnings release, in two subsequent quarters.

For the Feb 2016 earnings release, the ATM straddle was trading over the average move by $1.67—a setup that might have been a good candidate for an iron condor. The actual move came in $0.68 below the average move.

Three months later, the straddle was pricing in a move of $3.36, which was $1.01 below the 2 year average move, and perhaps not a good candidate for an iron condor. When the earnings were released, the resulting move was roughly in line with its 2-year average. In this instance, initiating an iron condor might not have performed as well.

This is a Tool….Not a Crystal Ball.

Although average earnings can be a helpful reference point to determine potential trade candidates during earnings season, it is a tool and not a crystal ball. It can be used to help judge how the market might be valuing the upcoming earnings in relation to the average. Sometimes, the market is pricing in a larger-than-average move for a reason, such as an expected product announcement or other highly anticipated release in conjunction with earnings. On the other hand, the company could go the other way and make an unexpected announcement, which could result in a greater-than-expected move.

Additionally, other factors such as heightened overall market and sector volatility should be taken into consideration, as they can make a trade opportunity seem better than it might be given the circumstances.