Learn how a rising dollar could impact economies, portfolios, and even your finances in 2017 and beyond. 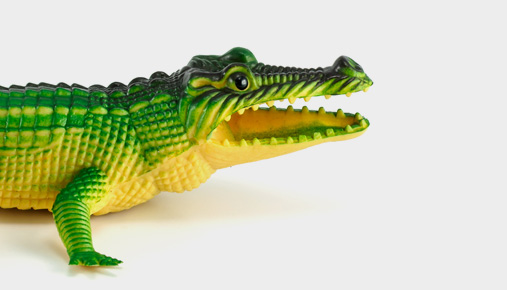 The Republican sweep of the White House and Congress in November unleashed a wave of U.S. dollar bullish sentiment as expectations of infrastructure spending and tighter monetary policy set up a perfect storm for U.S. dollar bulls. In just 12 trading sessions—from November 9 to November 24—the U.S. dollar index stormed a whopping 6.4% higher. In mid-December the dollar index touched levels not seen since 2002.

As the calendar flips to 2017, what is the outlook for the U.S. dollar? Will a strengthening greenback be a key trend in financial markets this year? How could that impact the overall economic picture, the stock market, and your portfolio?

Interest rate differentials are simply a comparison of two nations' benchmark interest rates. In recent years, the U.S. federal funds rate has been higher than the negative rates seen in Europe and Japan. That essentially raises the demand for dollars relative to the euro and yen—if you own dollars, you can earn interest at dollar-denominated rates.

Economic growth differentials simply compare one country's GDP to another. A higher GDP theoretically raises the buying power of a currency relative to others. Plus, the more stable a nation's economy, the more willing you might be to hold assets denominated in its currency.

Fluctuations in the value of a currency relative to others, in general, reflect changes in the outlook of these two dynamics.

Economic growth and rising interest rates still favor the U.S. dollar this year. "We have seen the U.S. dollar index take off as the euro and yen have weakened. This is based on the perspective of where the U.S. economy is heading, which is better than where the eurozone and Japanese economy are heading. The market is not expecting the eurozone to experience any significant growth anytime soon," says Patrick O'Hare, chief market analyst at Briefing.com.

The U.S. dollar index did gain fresh ground in late 2016, but really, the greenback has been rallying since the depths of the U.S. financial crisis in 2008. The U.S. dollar has experienced a five-year bull run, says James Orlando, economist at TD Economics TD Bank Group. "The move is justified based on economic outperformance that is causing a widening of yield differentials. This divergence will continue for the next two years and will underpin U.S. dollar strength," Orlando says.

"The dollar has taken off as president-elect Trump advocates pro-growth policies of tax cuts, infrastructure spending, and deregulation," O'Hare says. "There is a lot of pent-up hope that the U.S. economy will see strong growth in 2017 to 2018. With stronger growth, we see interest rates rise and a higher dollar," he says.

"Dollar strength is a good thing because it is a reflection of market expectations that economic growth will be accelerating and because of that, so will earnings growth," says O'Hare.

A number of policy shifts under the incoming Trump administration are expected to be dollar-bullish. "We expect the U.S. dollar to strengthen in the year to come, particularly vis-à-vis EM [emerging markets] currencies. Potential anti-immigration and anti-trade policies in the U.S. undoubtedly would not bode well for the developing economies,” wrote Barclays analysts in a research report.

Yeah, But What about Me?

If you live in the U.S., and you earn in dollars and do all of your spending in dollars, should you care? One answer may depend on the contents of your portfolio. In other words, what is the impact of a rising dollar on the U.S. stock market?

Here are a couple more considerations:

Rising dollar weighs on revenues for U.S. multinational companies. For U.S. companies that sell goods and services overseas, a rising U.S. dollar makes those products more expensive and less competitive to foreign buyers. The rising-dollar trend can weigh on earnings prospects for U.S. multinationals. Overseas sales provide a good chunk of revenues; up to 45% of revenues for S&P 500 companies come from international sales, Stovall says.

Bring It on Home?

If you're concerned about the impact of the rising dollar on your portfolio, there are some strategies you might consider. If you wish to create a domestic-centric portfolio, here are some things to keep in mind:

Are you a fan of fancy French cheese or European wines? How about a holiday abroad? A benefit of a stronger dollar is that it lowers the cost of imported goods for U.S. consumers. "A stronger dollar also helps people to invest in themselves. They can travel abroad for less money," says O'Hare. "This could also play into investing in some travel-related companies," he adds.

At the end of the day, currencies will rise and currencies will fall, and investors may be best served by building and maintaining a diversified portfolio. "You need a mix of products and always want a balanced approach," concludes Bob Johnson, director of economic analysis at Morningstar.

And if balance includes a little French cheese and European wine? Well, it’s up to you to decide.

Barclay's, Briefing.com, Morningstar, and CFRA are separate from and not affiliated with TD Ameritrade, which is not responsible for their services or policies.