Price patterns are another common tool for identifying entry and exit signals. However, much of this technique is similar to support and resistance. 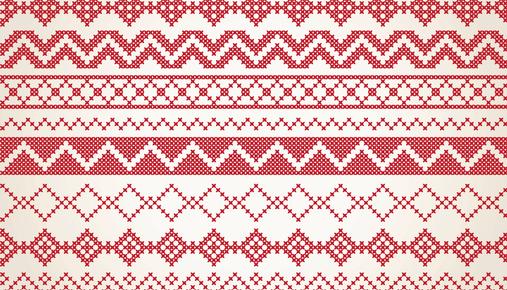 Price patterns are probably the most recognizable technical analysis technique. This may be because of their simplicity. However, some traders make them more complicated than they need to be. Price patterns are really just another form of support and resistance. They occur because support and resistance form horizontally and diagonally, often creating common shapes. Let’s explore these different patterns and how to use them to identify potential entry and exit signals.

Price patterns generate entry and exit signals for swing trading and trend trading. However, some price patterns also help identify trend reversals. This occurs when an uptrend turns to a downtrend and vice versa. As with support and resistance, investors use price patterns to forecast where price may be going to go and what will happen to the trend. Each pattern has a unique construction that forms over a given time frame, specific signals, and rules for establishing a price target. There are a lot of different patterns, but don’t worry too much about memorizing all the different names. It’s more important that you learn to read the story the pattern is telling.

Entries and exits are determined using the shape.

They also can reflect a certain image like the “head and shoulders” pattern. 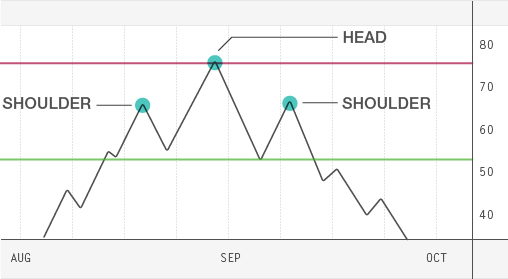 FIGURE 2: A HEAD AND SHOULDERS PATTERN LOOKS LIKE SOMEONE PEEKING OVER A FENCE.

The bullish trend turns bearish by going from higher lows and higher highs to lower lows and lower highs.  For illustrative purposes only.

Price patterns are commonly divided into two categories: continuation and reversal. Both appear during periods of consolidation, or sideways movement, when it’s unclear what will happen with the trend. Continuation patterns suggest that the current trend will continue. Reversal patterns suggest that the current trend is coming to an end and is about to reverse. First, we’ll focus on continuation patterns, starting with triangles.

A triangle is a common continuation pattern where either support or resistance, or both, are at an angle. When investors see this pattern, they expect the stock will eventually breakout of the sideways period and continue its previous trend. This means that once you identify the pattern, you might wait to enter until you see the pattern disrupted with a breakout. You can usually expect a triangle to breakout about 2/3 to 3/4 of the way through the pattern.

A bullish entry signal occurs on a break of resistance, while a bearish entry is a break of support.

To define a pattern and see its construction, start by drawing trendlines. Connect the highs for resistance and connect the lows for support. That makes it easier to identify parts of the pattern. In a triangle the lines angle together, creating an apex. A third line can be drawn on the left to create the base. 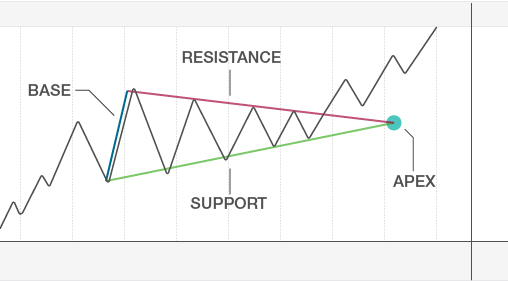 FIGURE 4: A TRIANGLE IS MADE UP OF SUPPORT AND RESISTANCE AND A BASE AND AN APEX.

Traders use the base to project short-term price targets.

If you were trying to define rules for triangles, an entry rule might look like this: “Enter at a break of support or resistance.” You can calculate the target by subtracting the base height from the breakout point. If you’re a longer-term investor or trend trader, you could eliminate the price target and simply consider setting your stop order.

FIGURE 5: USE THE BASE AND THE BREAKOUT POINT TO DETERMINE PRICE TARGETS.

There are many continuation patterns; we’ve only touched on triangles. 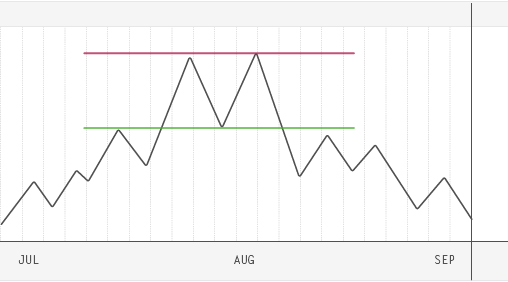 FIGURE 6: A DOUBLE TOP IS A REVERSAL PATTERN.

When a stock fails to create a higher high, it’s a warning sign that the trend is weakening. For illustrative purposes only.

Let’s move on to reversal patterns—these patterns are complete when trend changes direction. To illustrate, we’ll use a simple bearish reversal pattern—the double top. The pattern forms when, instead of creating a new high, an uptrending stock simply matches its previous high and turns back down. That’s the construction. The pattern is complete when the stock breaks support and the trend reverses. A double top can occur in any time frame. However, we’ll focus on the intermediate-term time frame because it’s the most commonly traded time period.

An investing plan based on double tops might have an entry rule like: “Enter on a break of support.” In this case, you calculate a target price the same way as when trading support and resistance. First, measure the height of the pattern, and then subtract the height from the entry point at support.

FIGURE 7: USE THE PATTERN AND THE BREAKOUT POINT TO DETERMINE A PRICE TARGET.

Despite the ease in entries and exits, you may need some practice learning to identify price patterns when you first get started. So, spend some time looking at charts and identifying patterns. Remember, you can use price patterns when trading for the short term or for the long term.