A commodity “supercycle” can last for years and lift commodity prices across industries. Is one brewing as we emerge from COVID-19, and what does it mean for investors? 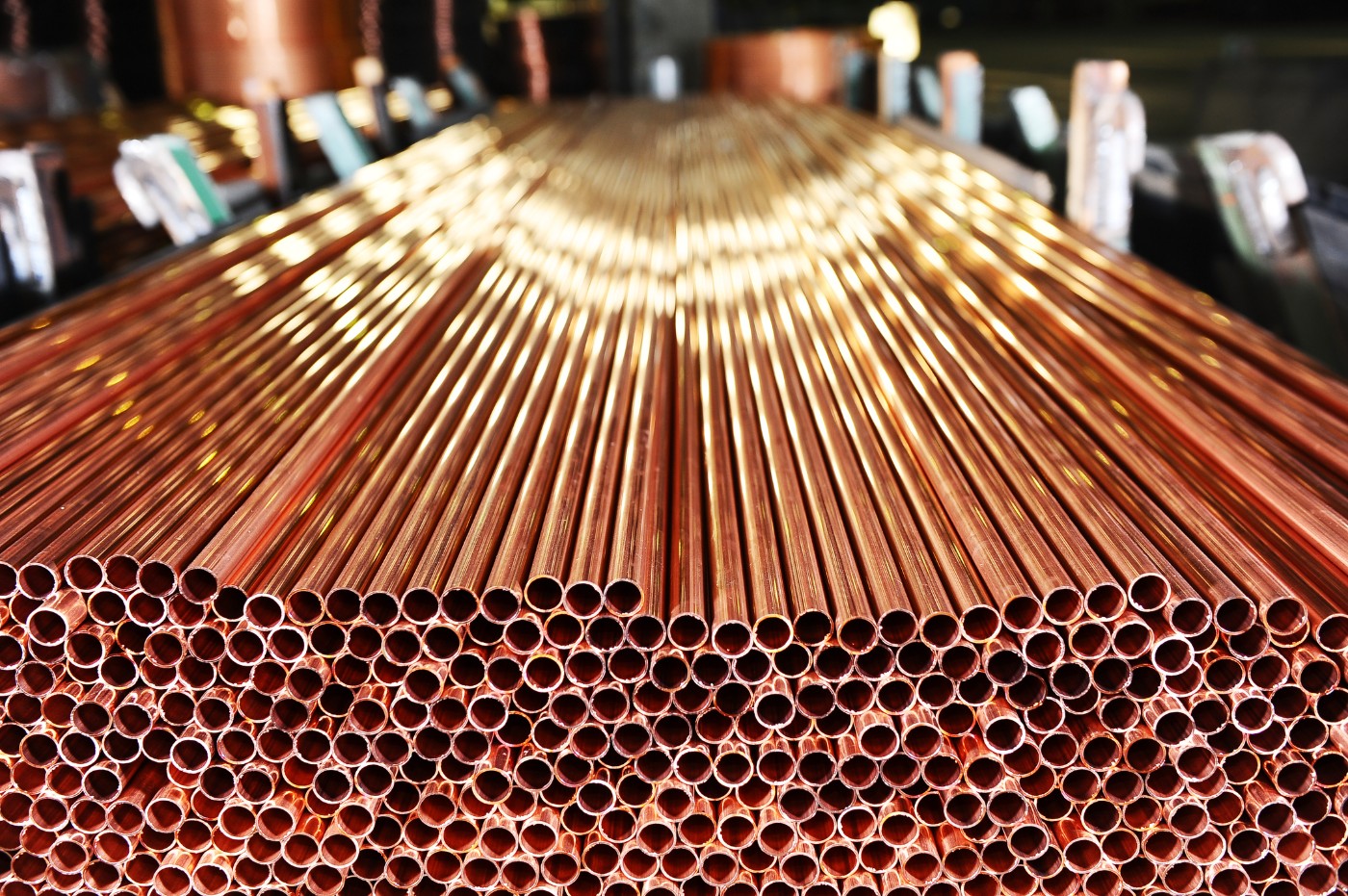 Commodity prices have historically run in cycles that often play out in a certain market’s own world—crude oil may rally, for example, while corn tumbles—each for separate reasons.

But what happens if a bunch of commodities join the party at the same time? That’s called a commodity “supercycle,” and some market professionals believe such a phenomenon is happening now. If true, it could already be affecting the stock market and deserve investor attention.

It’s been an eventful year so far for commodity markets: Crude oil recently surged above pre-pandemic levels, soybean futures climbed to seven-year highs, and copper futures have more than doubled from last spring. Rallies in a range of commodities that feed and power the global economy have stirred talk of a new supercycle driven by recovery from COVID-19, according to Kevin Hincks, senior equity strategist at TD Ameritrade.

“You’re seeing broad participation by many commodities in this rally. Copper and other industrial metals have already risen enormously, and so have soybeans,” Hincks said. “You could make a case that rising global demand for food, oil, and metals, as well as demand for automobiles and food in China, is driving a new supercycle. It could last awhile.”

What’s the Difference Between a Regular Commodity Cycle and a Supercycle?

A regular commodity cycle may last a few years or a few months, and usually covers four to five phases:

Here’s one example how a commodity cycle may play out: Grain prices rally when summer drought in the United States cuts the annual harvest. The next spring, farmers respond to higher prices by dedicating more land to crops. Harvest prospects improve, supplies increase, and grain prices retreat, thus concluding the cycle.

A supercycle rally, by contrast, may last a decade or longer and usually includes, or is led by, many of the most heavily used and actively traded industrial commodities such as crude oil, copper, and grains (see figure 1).

FIGURE 1: COMMODITIES SURGE. Crude oil (candlestick) and copper futures (purple line) have recently surged to levels not seen since before the pandemic for crude and in nearly a decade for copper. These market moves (tracked here over the last year) suggest to some analysts that we could be entering another commodity supercycle event with possible ramifications for other markets as well. Data Source: CME Group. Chart source: The thinkorswim® platform.

What Are Some Examples of Commodity Supercycles?

There were four commodity supercycles in the previous century, according to a February report from JPMorgan Chase (JPM).

The most recent supercycle began around 1996 and was driven in large part by rapid growth in China and other emerging markets, as well as weakness in the U.S. dollar, JPM analysts wrote. In 2008, the supercycle peaked as severe recession hit the global economy, curtailing demand for oil and other commodities.

Commodity prices probably bottomed out in 2020, and “we likely entered an upswing phase of a new commodity supercycle,” the JPM analysts said, likening current economic prospects to the “Roaring ’20s” boom that followed the end of World War I.

“Mostly, it will be the story of a post-pandemic recovery,” JPMorgan said of its outlook. Other drivers, the analysts added, include “ultra-loose monetary and fiscal policies,” U.S. dollar weakness, and “unintended consequences of environmental policies and their friction with physical constraints related to energy consumption and production.”

The period after World War II is another example of a supercycle, as the rebuilding of Europe and Japan spurred a multi-year demand surge for an array of commodities.

How Can Investors Follow or Take a Position on a Potential Commodity Supercycle?

Several publicly traded companies, industries, and sectors could be poised to reap rewards from an extended commodity boom, including farm and construction equipment manufacturers such as Caterpillar (CAT) and Deere (DE) and homebuilders like D.R. Horton (DHI), Pulte Homes (PHM), and Toll Brothers (TOL).

If crude prices keep rising, energy stocks are another area to keep an eye on. Energy is already the best-performing sector of 2021, with crude prices basically doubling since last fall. When crude prices rise, it tends to put more money in the pockets of those who extract and sell crude oil and natural gas. Shares of Exxon Mobil (XOM) recently hit their highest levels since before the pandemic.

Those same rising energy costs, however, can take a toll on companies that buy lots of gas. These include airlines, cruise lines, and trucking firms. On the other hand, some analysts think Boeing (BA) might benefit from rising jet fuel costs because its newer planes are more fuel efficient. That could attract airline customers looking to cut their gas payments.

Commodity futures markets are also worth following, even though futures trading is not appropriate for many investors. Some of the most traded futures contracts include West Texas Intermediate crude oil (/CL), the U.S. benchmark, along with copper (/HG), corn (/ZC), and soybeans (/ZS).

While you’re at it, check the S&P Goldman Sachs Commodity Index (SPGSCI), which tracks prices for about two dozen commodities (as of the beginning of March, the index was up 28% from a year earlier).

“When I traded grains, the most important thing to watch was the U.S. dollar,” Hincks explained. “The dollar’s historical inverse relationship to commodities cannot be understated.”

Ready to take the plunge into futures trading?

So, a Commodity Supercycle May Be in the Works … What Could Go Wrong?

It’s important to recognize that commodity prices can be volatile, are influenced by weather and other factors outside anyone’s control, and rallies can end seemingly as quickly as they began, Hincks said. The current rally could be derailed by a disruption in demand—for instance, if the pandemic worsened.

There’s also an old saying among commodity market veterans: The best cure for high prices is high prices (the same goes for low prices). Arguably we saw that in 2008 when crude oil hit all-time highs above $145 per barrel in July and then sank below $50 by December as the financial crisis hit.

Hincks recalled trading soybean meal futures on the floor of the Chicago Board of Trade during the summer of 2012, when severe drought gripped much of the U.S. Midwest, harming prospects for the fall corn and soybean harvests. Summers are often a time of wide price swings in grain markets as traders respond to shifting weather forecasts and other outside factors, but 2012 was a particularly white-knuckle ride, Hincks noted.

“It was the worst summer to trade, it was so viscous and volatile,” Hincks explained. After the drought pushed grain futures higher most of the summer, rainfall arrived in late August and September to help salvage the crop, and prices quickly nosedived. End of rally.

“That experience underscores to me why it’s critical to consider caveats and watch for caution flags in any potential commodity supercycle,” Hincks said. “Could commodity prices have already run their course or made their move in terms of upside? High commodity prices tend to encourage new production or new supply that could send prices lower.” 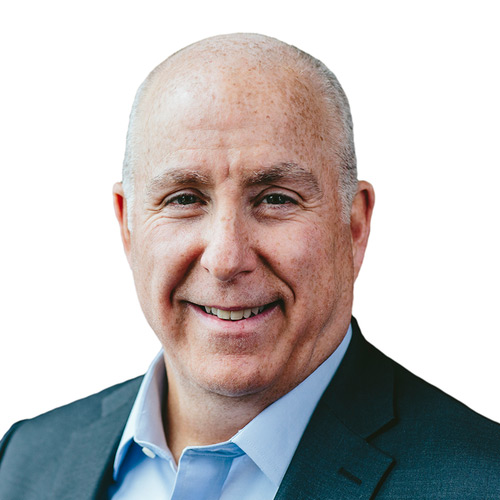