Think a Lagging Position May Come Back? May Want to Think Again

Traders and investors: there may be more than one reason to get rid of your losing positions. 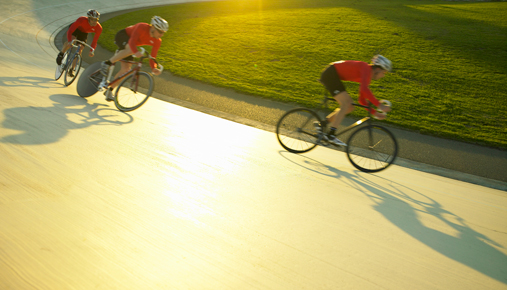 At its core, trading is not about gambling, it’s about making choices: What stock to trade, how big a position to take, where to enter, where to exit, and maybe most important, when to take a loss. We all know the math behind the issue—a 20% loss first starts with a 1% loss—but too often we act like the proverbial lobster in a pot and let a losing position turn into a serious drag on our portfolio.

Well, if the math doesn’t convince you to cut those lagging positions early, here are a few more reasons it might be in your best interests to do so.

Whether you track your performance monthly, quarterly, or annually, you only have a limited number of days in which you can trade. Every day that you hold onto a lagging position is a day in which capital is tied up—capital that could be better allocated, possibly to a profitable position.

Fewer things are worse than scanning your charts and locating a nice setup, only to realize that you don’t have any dry powder to put to work. Culling losing positions on a regular basis helps make sure that you’ll always have some cash ready when potential opportunity knocks.

Also known as the Monte Carlo Fallacy, this subjective belief system has been the downfall of uncounted numbers of traders who were convinced that their lagging position “just had to come back.”

This gambling concept takes its name from the idea that if something happens more frequently than normal during a certain time period—for example, black hitting on the roulette wheel five times in a row—it will be less likely to happen in the future.

In trading, the fallacy manifests in the form of a trader’s inner dialogue, which usually goes something like this:

“My position in XYZ has been dropping in value for three weeks in a row now. That just can’t continue. The odds are that it will come back this week, and when it does, then I’ll close it out.”

Unfortunately, the exact opposite can be true. Over time, some strong stocks tend to get stronger, and some weak stocks tend to get weaker. A stock that has been trending down (or up) can continue in that same direction for quite some time before possibly reversing.

Perhaps the subtlest, but potentially most damaging reason you should consider letting go of that laggard is the toll it can take on you mentally. A position that continually goes against you tends to take up more and more focus—and not in a good way.

The frustration of being underwater can bleed over into other areas of your life as well, like your relationships with friends and loved ones. We all like to think we can completely divorce our trading from our emotions—and kudos if you can—but you don’t want to be in the position of treating someone you care about badly because you’re upset about a losing position.

Obsessing over a losing position isn’t just bad for your mental health; it can also contribute to distraction. Opportunity costs apply not only to your financial capital, but to your mental capital as well.

The good news is that you don’t have to be at the mercy of a losing position. You have the control. And the even better news is that once you close it, out you might feel a sense of relief. Then you can take the newly liberated funds and look for other potential opportunities.

Luck of the Draw? There's a Lot More to Trading and Investing than Luck 2 min read Managing Stress to Improve Trading Psychology 2 min read It's Not You, It's Me: Recovering From Mistakes 5 min read