Consider option delta as one way to narrow the mathematical range when choosing an iron condor strike price. 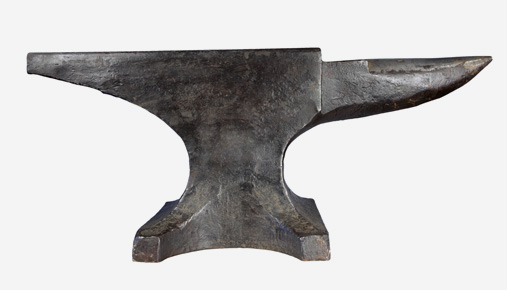 Iron condors are advanced options trades designed as an income strategy. The objective is straightforward once you determine your desired strike price. But finding those strikes take a bit of finesse.

You could close your eyes and throw a dart. Or, you could take a little bit of Goldilocks wisdom, sprinkle in some trader math, and come up with potential strikes that aren’t too close or too far away. Option delta is one tool used to approximate this range.

If you’re not familiar with the iron condor trade, it’s created by selling an out-of-the-money (OTM) vertical call spread along with an OTM vertical put spread. The goal, ideally, is that both spreads will expire worthless at expiration so that you pocket the total options credit, less transaction costs.

Here’s a simple example using a stock trading at $50:

The short strike for the call spread is $5 higher than the stock price, with the short strike for the put $5 lower. The net credit for the iron condor is 50 cents, less transaction costs. As long as the stock stays below $55 at expiration, the call spread expires worthless. And if the stock also remains above $45, then the put spread expires worthless, too. That’s the best-case scenario (see figure 1). 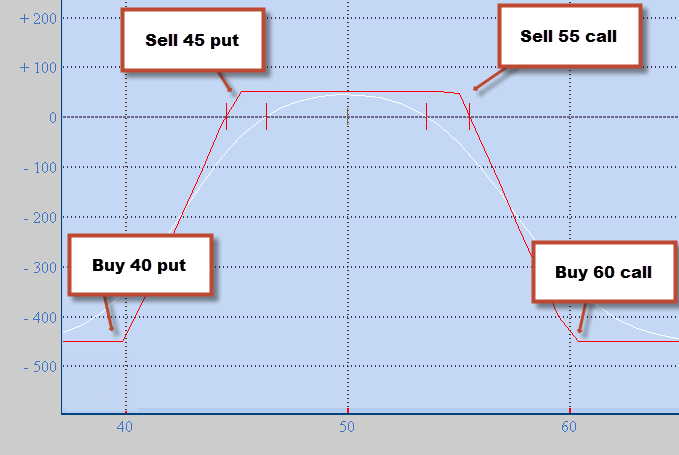 FIGURE 1: PROFIT/LOSS GRAPH. The profit/loss graph of an iron condor created from selling the 55–60 call spread and the 45–40 put spread, for a net credit of $0.50, with the stock at $50. For illustrative purposes only. Past performance does not guarantee future results.

The problem, of course, is when the stock doesn’t cooperate, and that’s where strike selection comes into play. When the stock moves beyond the short strike of either spread, then that spread has value at expiration. The losses continue as the stock moves all the way to the long strike.

In this example, the loss for one iron condor could reach $450, plus transaction costs. That’s calculated by taking the $5 difference between the strikes (of either the call or the put spread), and then subtracting the total credit of $0.50.

It would seem, then, that the best way to avoid a losing trade is by selling the spreads as far out of the money as possible. But that would mean collecting such pitiful credits that it wouldn’t be worth the effort. Choose strikes too close to where the stock’s trading, and you risk the stock going beyond the short strike, even though collecting the inherently bigger credit is tempting.

So, how do you decide which strikes to sell? Options have probabilities built into their prices, which is where delta comes in. If you take the strike prices of the call and the put where both have a delta around 16, you’ve found what may be the far end of the expected range for that expiration period.

That’s not to say the trade can’t lose. Of course it can. But, by taking into account the expected range, you might just come up with strikes to consider for right now.

Iron condors, spreads, and other multiple-leg option strategies can entail substantial transaction costs, including multiple commissions, which may impact any potential return.  These are advanced option strategies and often involve greater risk, and more complex risk, than basic options trades.