Exploring Your Options: Knowing When to Adjust a Trade (Pt 2)

Sometimes the options market can signal when it’s time to adjust a trade. But how long should options traders stick with an adjustment plan? 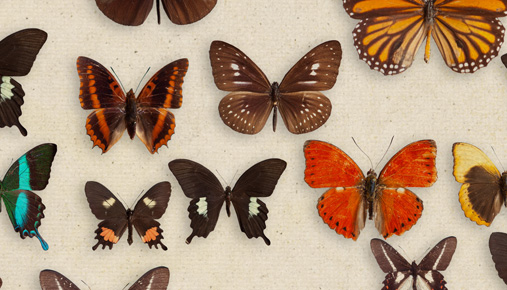 In a previous article, we looked at how the market can potentially signal that it’s time to adjust an options trade. Now we’ll help determine how much adverse market movement it’s going to take before an adjustment plan goes out the window.

The example in the last article was that of a short out-of-the-money (OTM) put option in the S&P 500 (SPX) at 2,080. The put was closed and rolled out to another expiration, and lower in strike. So let’s continue with a similar example where the July weekly 2035 put (expiring in eight days) will be bought to close, and the August weekly 2010 put (with 15 days to expiration) will be sold to open. This is called rolling out in time, and down in strike selection.

Let’s say that currently this adjustment is available for an $0.80 credit (see table 1), and as long as the index stays level, goes up, or at least doesn’t go down much, this trade will still be there for a credit. That’s what we’re looking for. If the trade moves to a debit, then we’re adding risk to the trade, which typically isn’t a very good idea.

Table 1. Rolling the July option out one week and down in strikes for an 80-cent credit.

The credit starts to disappear and eventually turn into a debit when the market drops. So the question is: How much downward movement is it going to take to turn this trade to a debit?

There are tools in the TD Ameritrade thinkorswim® platform that can help you answer that question, but it’s also nice to be able to do it on the fly, especially when markets are moving fast. Here’s how:

Options traders can attempt to simulate market movement (and option prices) by using the option chain (see table 2 below). For instance, if the index dropped five points to 2075, then the July 2035 put would be five points closer to the money. How much would it be worth? It’s possible to guesstimate this by looking at a July put that’s already five points closer to the money, which is the 2040 put. With a five-point drop, the 2035 put could be worth about $8.90. It’s certainly not a guarantee of prices, but it’s an educated guess.

Let’s apply this logic to the adjustment. Remember, it’s likely not a problem if the market goes up, because the short put would simply go further OTM and no adjustment would be needed. It’s if the market drops that we’re concerned about.

You can see how the adjustment is going to change price by looking at the value of the spread using puts that are closer to the money. For instance, in a five-point drop, we’d look at the spread price between the July 2040 put and the August 2015 put. In this case, the adjustment goes from a credit of $0.80 down to $0.70. That’s 10 cents closer to a debit trade. With each strike representing a $5 move in the index, how many strikes does it take before the trade moves from a credit to a debit?

Three strikes closer to the money, which represents a drop in the index of 15 points, and the trade drops to a credit of only 10 cents. In a 20-point drop, the credit evaporates and the trade costs $0.60. Of course, keep in mind that the so-called “greeks” (the delta, gamma, vega, and theta of options positions) will affect the price of the adjustment, with theta playing a big part. This gives the adjustment more room for the index to fall as time passes.

The question a trader should ask is whether they’re comfortable holding on to the July position, thinking the market won’t fall 15 points. Now, this may not be the best adjustment, and when all is said and done, the trader might wish he or she had never even made it in the first place. But at least they’re armed with information that can help in the decision-making process.

Learn From an Options Trading Leader

Delta Gamma Out of the Money Theta Vega