A Flicker of Light: Candlestick Reversal and Continuation Patterns

Candlestick chart patterns may be helpful in identifying potential trend continuations and reversals. Some patterns involve a single candle; others are made up of a group of candles. 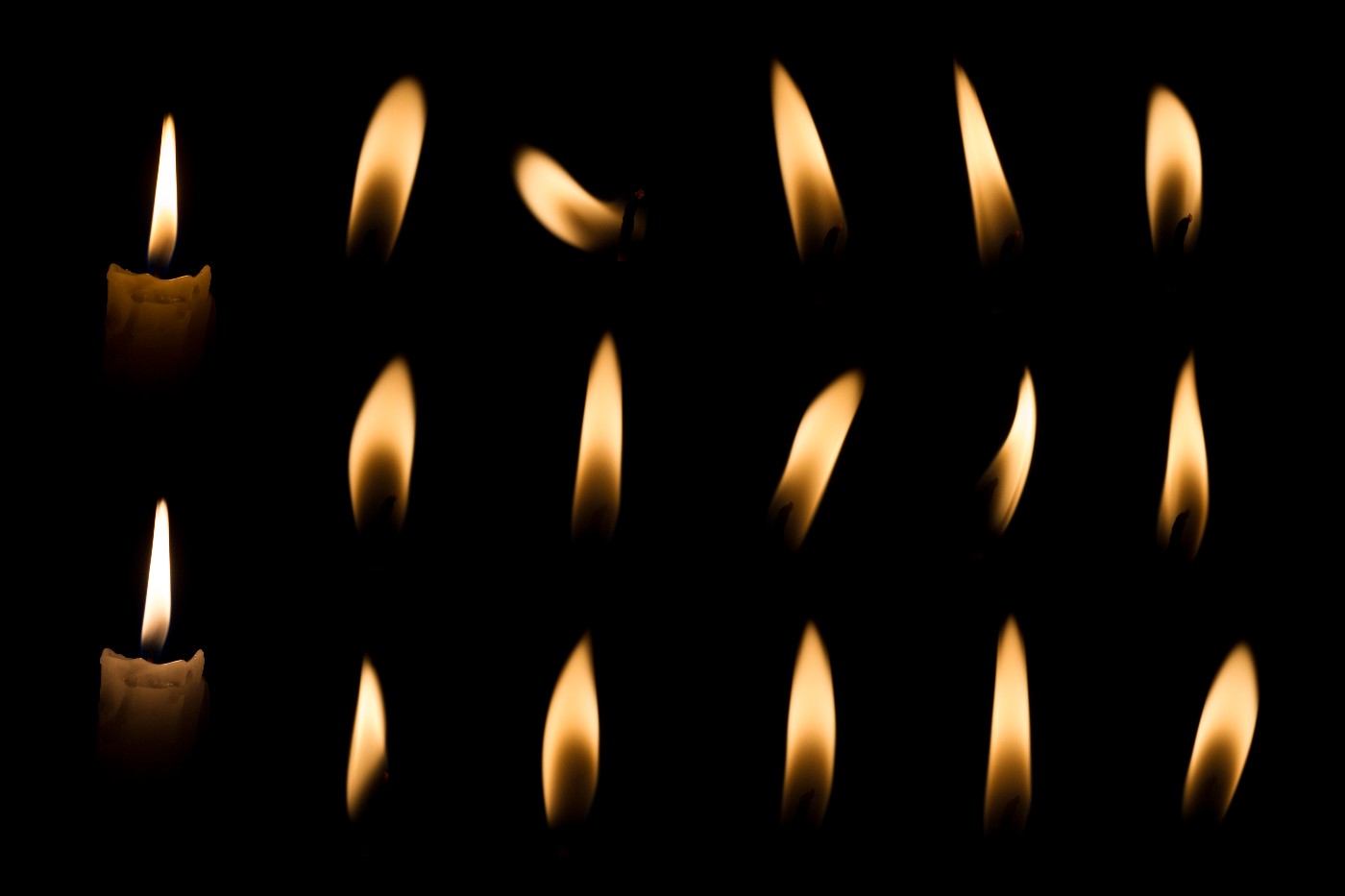 Candlestick charts were used by Japanese merchants to track the price of rice futures. Since then, they’ve become popular and are now the go-to chart type for most technical traders.

Each candlestick is made up of three components: the body of the “candle,” plus upper and lower tails (the “wicks”). Similar to a bar chart, candlesticks display the open, high, low, and close, but their slightly different presentation makes a big visual difference. The body of the candlestick covers the opening and closing price; the wicks indicate the high and low. Like bar charts, candlesticks may be color coded to indicate direction.

As prices fluctuate on a candlestick chart, patterns sometimes emerge. These patterns generally fall into two categories—those that technicians believe could signal the end of a trend (reversal patterns) and those that could indicate a trend is about to resume (continuation patterns). Before going into the specific patterns, here are a few points to keep in mind:

Bullish reversal doji. A doji is a candle where the opening price and closing price are the same, meaning there’s no real body—just a horizontal line indicating where price started and ended (see figure 1).

FIGURE 1: REVERSAL DOJI. A reversal doji suggests that the previous downtrend may be changing. Chart source: The thinkorswim platform. For illustrative purposes only. Past performance does not guarantee future results.

In figure 1, you see a reversal doji that formed after a downtrend. The close was near the high of the bar, which suggests that after the stock opened, price continued lower in the direction of the previous downtrend, but then reversed and closed near where it opened. This could be because the downtrend ran out of steam. If the next candle bar after the reversal doji closes higher, it can act as a confirmation, indicating a possible change of trend.

Reversal hammer. A reversal hammer is similar to a reversal doji, except that it has a small body giving it the appearance of a hammer (see figure 2). Some traders think the hammer is a stronger signal than the doji because the close is slightly higher than the open, suggesting a potential rebound. As with the doji, when the candle following the hammer closes positive, it validates the pattern and alerts the trader to a potential trend change.

FIGURE 2: REVERSAL HAMMER AND BEARISH ENGULFING PATTERNS. The reversal hammer closed higher than the open, suggesting a rebound back above the opening price. Chart source: The thinkorswim platform. For illustrative purposes only. Past performance does not guarantee future results.

Figure 2 shows a bearish engulfing pattern. The second (bearish) candle “engulfs” the body of the first candle. After the pattern formed, you’ll notice the uptrend reversed.

These are a handful of common reversal patterns you’re likely to come across. But sometimes, instead of reversing, price will pause or pull back.

When a trend is taking a breather, it may be time to look for signs of continuations. And there are candlestick patterns that may identify potential trend continuations. But just like with reversal patterns, there are a few things to keep in mind with continuation patterns:

That said, let’s look at some popular candlestick continuation patterns.

As the name implies, this pattern involves three white (green) candles in a row, with the following criteria:

This pattern type is determined by where it occurs. For example, if it occurs after an extended downtrend, it can be a reversal pattern. However, it’s considered a continuation pattern if it occurs after a minor pause in the middle of an existing trend (see figure 3).

FIGURE 3: THREE WHITE SOLDIERS. The three up (green) candles indicate the uptrend might resume after a brief pause that took place a few days earlier. Chart source: The thinkorswim platform. For illustrative purposes only. Past performance does not guarantee future results.

Look through different charts and see if the pattern you’re looking for shows up. Patterns are often identified with arrows or dots.

Rising three methods. This is a bullish continuation pattern made up of five candles. Because of this, they’re sometimes difficult to identify, but you may be able to find this pattern on a chart on the thinkorswim platform. They typically look like this:

In neck. It’s an odd name, but it’s a pattern that can only be bearish (see figure 4):

There’s a slightly different version of this pattern called on neck. It too signals only bearish continuation, and the only difference is that the second candle’s closing price is equal to the low price of the first candle.

FIGURE 4: IN NECK. This bearish-only continuation pattern indicates the downtrend may continue. Chart source: The thinkorswim platform. For illustrative purposes only. Past performance does not guarantee future results.

These are just a few of the more common continuation patterns. As with any type of pattern recognition, there are no guarantees as to which way price will go next, but these and other candlestick patterns can help alert you to possible outcomes.

Although these principles are the foundation of technical analysis, other approaches, including fundamental analysis, may assert very different views. 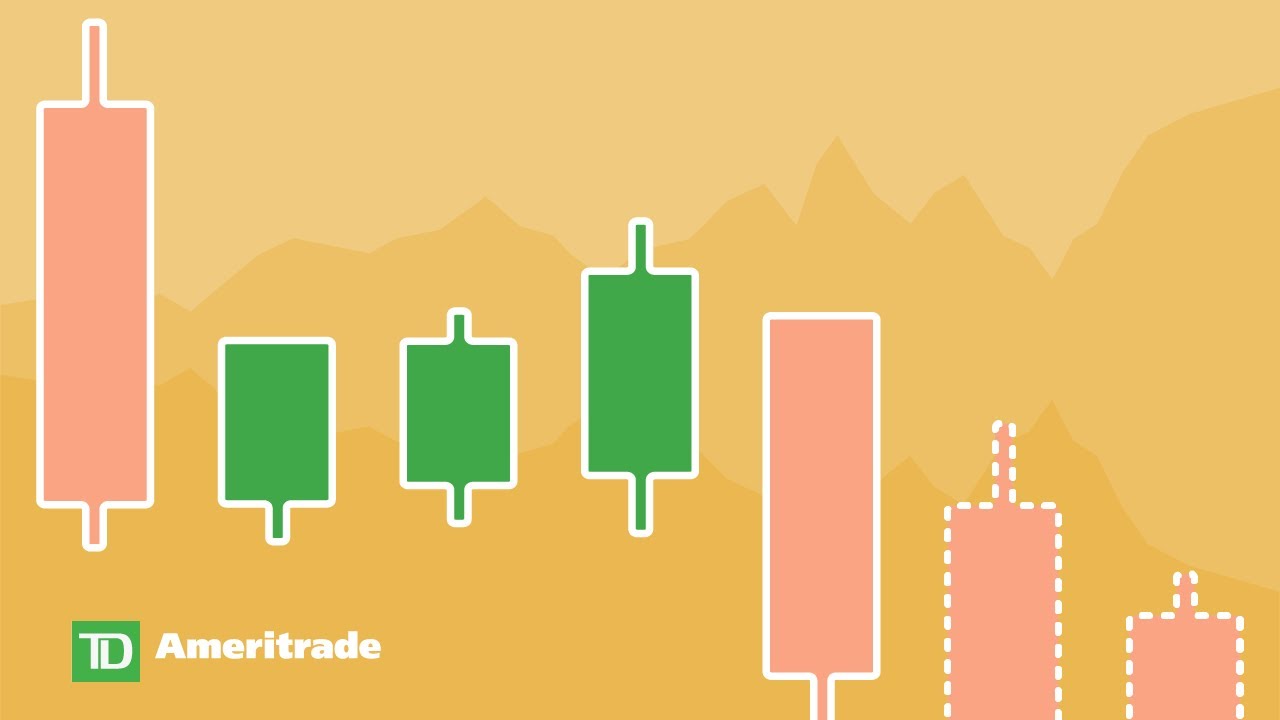