Our resident guru ponders the short-term strategy of scalping options, and explains beta and option pricing tools on the trading platform. 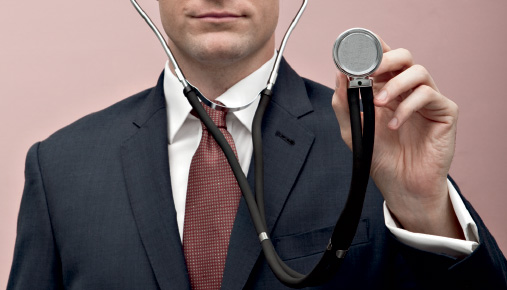 Q: I see a number labeled “beta” on the trading platform. What is it?

Beta works the same way if the S&P 500 moves down. Beta is calculated by a statistical regression between the percent changes in the stock, and the percent changes in the S&P 500, over some previous number of days. On the thinkorswim trading platform the beta is calculated for most stocks using five years of monthly data. So, beta isn't fixed, and it can change if you use different time frames in the calculation, or if the stock and the S&P 500 move in different ways in the future.

Q: What do you think about scalping options as a short-term strategy?

A: Some people like the idea of buying options with the idea of selling them quickly—hopefully for a profit. This is because of the defined risk nature of long options, and their typically lower capital requirements than, say, long, or short stock, or even futures. That sounds great except for three things: bid/ask spreads, fees, and commissions.

Let's say you were thinking about scalping an at-the-money option with a bid/ask spread of .10. If you bought the option at the ask price, then sold it on the bid price, that's $10 you're losing, because of the bid/ask.

Compare that to a .01 or .02 bid/ask spread for actively traded stocks, which translates into $1 or $2 of slippage. Also, to get the same market exposure as 100 shares of stock, you'd probably have to buy two of those at the money options. That means not only twice the slippage, but twice the fees and commissions, as well. Plus, commissions for options are typically a much higher percentage of the invested amount than for stock. While option strategies can make sense in different situations, they are not often used for short-term scalps.

Q: I've been playing with some of the option pricing tools on the trading platform. What interest rate do they use?

A: Most pricing models use a short-term, risk-free rate by default, like the Fed Funds rate, for example, or a three-month T-bill rate. But if you want to see how rate changes can impact option prices, input something like the broker call rate. That's more realistic, because it's closer to the rate you'd pay to borrow money if you bought stock on margin. The interest rate in an option-pricing model determines the carry costs of a stock position, to create an arbitrage-free theoretical value between the stock and the call and put, at a particular strike and expiration.

Q: Now that my husband and I are both retired, and our kids are out of the house, he wants to watch the sunrise with me. But I'm busy trading forex at that hour. How can I tell him that Mama needs to trade?

A: Tell him that too little sleep causes heartburn, and that the early-bird specials don't start until after the close, anyway. If that doesn't work, lock him in the bathroom.