Learn how to adjust option strategies to hold a trade longer, lock in profits, reduce risk, or respond to market movement. 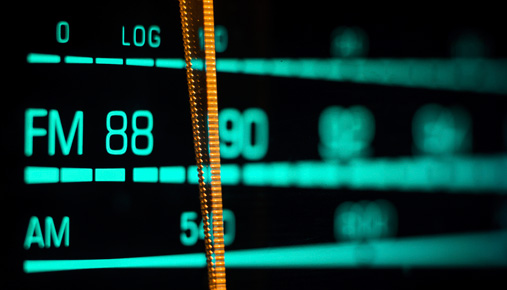 Have you ever kicked yourself for getting out of a trade too early? Or lamented your stubbornness for staying in too long? Everyone has. There are plenty of times when simply closing the trade is the right thing to do. But other times, making adjustments and staying in a trade may make more sense.

So how do you know when trades call for a tweak, and when should you bail altogether?

But sometimes closing isn’t your best option. Maybe you simply need more time in a trade, for example, when you’re riding a trend and think it’s going to continue. Maybe you’re satisfied with your profit and want to protect it, but still believe in the market drivers that sparked the trade position in the first place. Or perhaps the market has moved and you need to move with it. Often, it’s a combination.

The second rule is to tailor the adjustment to match your outlook for the market. In other words, if you’re still bullish on your stock, don’t come up with a bearish adjustment. If you’re bullish, look for trades that will perform best if the market behaves the way you think it will. Take your outlook for option volatility into consideration, too, and consider the timing of your trade so that you pick the proper expiration period.

If it sounds like you’re getting into an entirely new trade, that’s great. The third rule is: “Treat your adjustment like it’s a brand-new trade.” Not only should the adjustment match your market outlook, but you should also do everything you would normally do for an opening trade, like setting alerts and defining profit and loss exits. You should even have potential adjustments to your adjustments in mind depending on how the market performs.

The best adjustments aim to give traders the ability to ride big trends while pocketing profits (minus transaction costs) and reducing risk. They can also help traders weather adverse market conditions while they wait for conditions to improve.

Let’s look at some specific examples for making adjustments to trades that have become profitable.

We’ll start with a simple bullish trade on XYZ, Inc. Bob correctly predicted XYZ’s rise to $115/share from $100 over the past three weeks, and the 115-strike call option that he bought for $1 ($100 per options contract because each is 100 shares) is now worth $1.80. Closing the trade would net Bob an 80% return, but he thinks the stock’s going to keep moving higher.

Potential adjustment #1: Rolling the option to a higher strike.

Some traders aim to accomplish this with a short vertical call spread. Our example trade involves selling the 115–120 call spread for a credit of $1.05. This trade closes the original 115 call and simultaneously buys to open the 120 call to keep Bob in a bullish trade. So where does he stand?

With multiple moving pieces, the easiest way of doing the math for adjustments is simply to take the net cost of the trades and apply that to the resulting position. Here, Bob nets a 5-cent credit, and he owns the 120 call that’s now worth 75 cents. So he’s got an 80-cent profit, of which 5 cents is guaranteed. But does this adjustment meet all three rules? This trade not only doesn’t increase the risk, it completely wipes out the original risk. The resulting position—a long 120 call—is a bullish trade. Now, all Bob needs is a trade plan for this option.

Potential adjustment #2: Turning the trade into a vertical spread.

Even though this adjustment doesn’t lock in any profit, it reduces the original risk of the trade by 75%. Since the adjusted trade remains a bullish position, Bob stands to continue profiting if XYZ stock continues to move up like he thinks it can. If the stock doesn’t cooperate, Bob will be very happy he took money off the table.

What might a trading plan look like with profit and loss exits? In this example, there’s only 25 cents of risk. Does it seem like having a loss exit doesn’t make much sense? Here’s a tip: Don’t base your trading plan on the adjusted net risk. Base it on the current market value of the position, which in this case is $1.05.

Why? Because that’s where your current profits are, and treating this like a new trade means setting exit prices based off current values. This way, even if the market turns around and the call spread loses half its value, you can still close the trade and salvage some profit (minus transaction costs). That’s an adjustment that should leave you feeling pretty good.