The Word of the Herd: Trading by Social Media Committee

As social media matures, so have so-called investment “clubs.” There’s really no member limit in chat rooms, social media platforms (e.g., Twitter), or in crowdsourcing trading ideas. But how do you sort through the noise? 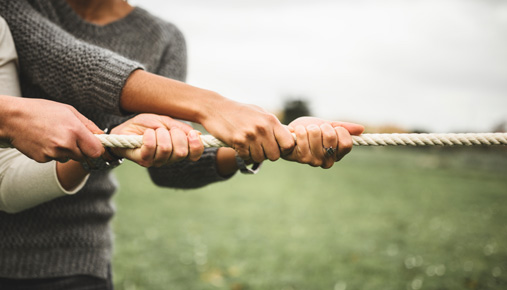 (Updated on April 30 to include Twitter's leaked earnings report.)

It’s been a quarter century since 16 women in a small Illinois town arguably started the investment club craze. The Beardstown Ladies, averaging 70 years, broke age and gender barriers. They secured television appearances and fat book deals that eventually crumbled under the criticism of allegedly overstated returns. Yet even with the fall from grace, the Ladies couldn’t leave the markets alone, so they quietly revived their meetings. Maybe they knew a little secret: trading can be exponentially more rewarding when done by committee.

Traditional clubs still meet around the U.S.; many have turned stock dabblers into DIY option traders. And there are more than a few trader/author married couples who talk about the yin-yang of risk-taking and risk management that a partner approach can bring. But now, thanks to social media, so-called investment “clubs” really have no member limit. We’re talking about chat rooms like MyTrade*, platforms including Twitter (TWTR) and StockTwits, and crowdsourcing—where you drink up the trading advice and commentary of the masses (sometimes paid, sometimes unpaid). And we’re talking about 24/7 mobile access for all of this.

The regularity and ease of sharing is constantly evolving—as well as the immense pressure to fend off analysis paralysis.

“The best way to use crowdsourcing in your trading strategy is to have already established a base, your own sense of risk, a system that’s all you. Developing a strategy that might include borrowed ideas is an evolving process that constantly needs to be tested and refined,” says Shawn Cruz, trader content specialist at TD Ameritrade. “Maybe you’re grabbing a piece from one contributor and combining it with another, and so on.”

The scope of shared content now extends well beyond tweeting a favorite ticker or two. 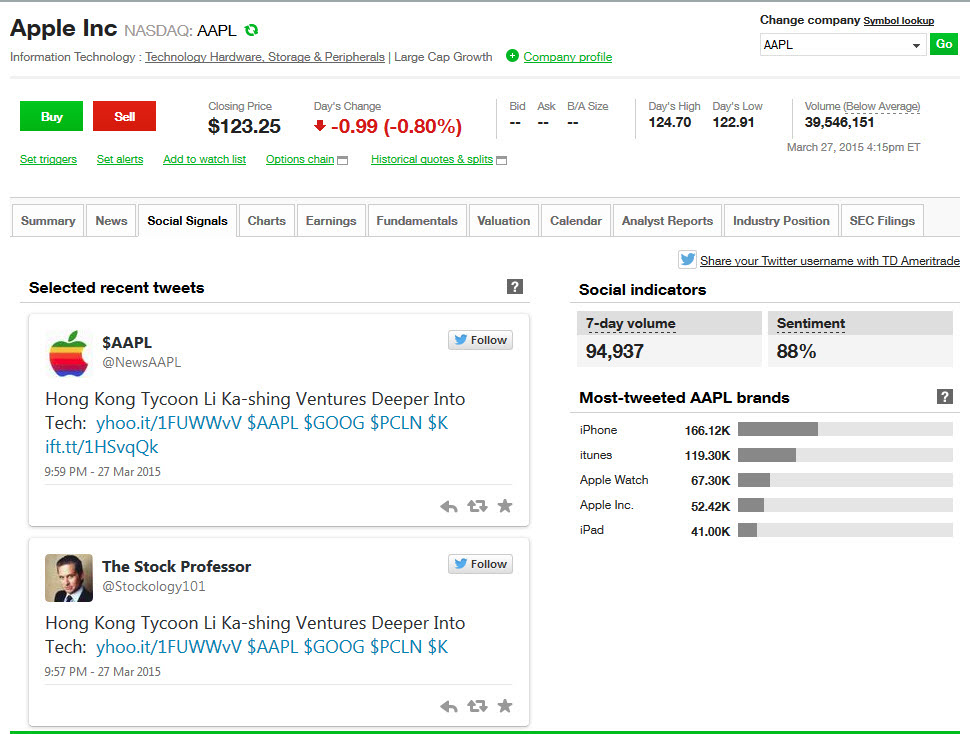 FIGURE 1: THE “SOCIAL” INDICATOR. Brokerages and trading platforms, including TD Ameritrade, recognize that stock sentiment drivers can account for major jumps in volume and volatility. As this screenshot shows, tweets can cover share activity, merger speculation, or track interest in particular brands owned by a publicly traded company. Source: TD Ameritrade. For illustrative purposes only. Not a recommendation of a specific security.

Laying claim to social financial dominance is its own high-stakes contest. In 2012, Twitter co-opted the $ symbol from StockTwits, a social media platform that—unlike the far-reaching Twitter—targets only the financial and investing community. So AAPL becomes $AAPL. Twitter calls them “cash-tags,” a twist, of course, on hashtag, and they’re clickable. StockTwits accused Twitter of "hijacking" its idea.

And it’s not just fellow traders who are sharing. Companies have also increasingly embraced social media to expand the contributors to market research that was formerly locked up under steep subscription barriers. For instance, Estimize crowdsources corporate earnings and revenue estimates from the sell-side, the buy-side, as well as independent contributors such as academics, private investors, and students. To give an idea of its reach: some 6,290 contributors share forecasts with more than 37,900 “community” members to cover about 1,000 stocks quarterly, according to the company’s website.

Another firm, Social Market Analytics, taps into Twitter’s data stream to quantify predictive social sentiment for equities. And yet another, SumZero, is an online community where buy-side investment professionals can share and rate investment opinions.

Mass adoption of social sharing by companies and the push to be first triggered a problem in late April that left Twitter itself scrambling to uncover and explain why its Q1 earnings report leaked early—via another firm's tweets no less. It wasn't Twitter's fault, and the goof provided little distraction from the firm's revenue miss, but it still undermined social media's reputation on the same day that Twitter had to explain sub-par quarterly results.

Uncovering what happened to Twitter offers a unique view into how quickly information can spread. It turned out that the leaked news was accurate, but what if it wasn't? NASDAQ, which hosts Twitter's investor relations page through Shareholder.com, issued a statement saying Shareholder.com "inadvertently" released Twitter results early. The results were live for a few seconds but that was long enough for third party Selerity to "scrape" the Shareholder.com site and tweet the results. As officials worked to get to the bottom of the leak, which was quickly confirmed as factually correct by Twitter, NASDAQ temporarily halted TWTR shares.

Twitter CEO Dick Costolo told CNBC that the breach "was not particularly fortuitous timing ..." and that his firm is following up on what went wrong.

It all begs the questions, how much is too much and how fast is too fast?

It proved a fertile ground for research, too.  As the trio noted, eToro investors conducted two main types of trades: a “single trade,” or a standard stock purchase that a user made on her own, and a “social trade,” in which a user placed a trade that exactly copied another user’s single trade.

Across almost 10 million financial transactions studied, the three said their analysis of the results revealed that  the effect of social learning is significant. But there’s a desired medium between too much influence and not enough influence.

“The traders who had the right balance and diversity of ideas in their network—meaning that their social learning was neither too sparse nor too dense—had a return on investment that was 30% higher than the returns of both the isolated traders and those in the herd. In this digital trading environment, the sweet spot resides between the two extremes,” said Pentland.

Now, does your ride down the river of information make you a better trader? It’s likely that many other factors come into play, too, risk management chief among them. With “committees” comes the risk that one listing ship can sink a whole fleet. As the legal disclosure copy that accompanies TD Ameritrade's investing social tools reminds us rather soberly:  Posts presented in “social signals” are not subject to any fact-checking, may be without reasonable basis and claims may be unsubstantiated. Thoroughly evaluate all information before trading.

But thanks to the democratization of market data and new avenues to tap the minds of market masters,  you can decide what’s best and what’s not.

Take a tour with this short video »
Print

*myTrade is a service of myTrade, Inc., a separate but affiliated firm.  TD Ameritrade is not responsible for the services of myTrade, or content shared through the service.