Why Social Media is Now Essential for Individual Investors

It wasn’t all that long ago that online trading platforms changed the investment playing field. Today’s game-changer may be social networking. 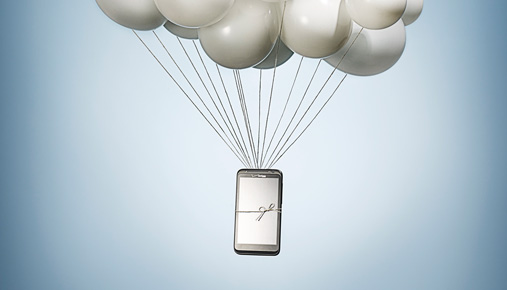 Company use of social networks can change investing dynamics. It turns out we should give a hoot who tweets. If you're looking for the skinny on what’s happening with the companies you invest in, the companies you “watch,” and the analysts who cover it all, here's a tip—log on.

It wasn’t all that long ago when new online trading platforms changed the investment playing field by delivering professional-grade tools to individual investors. Today’s apparent game-changer may be social networking. Public companies, stock exchanges, traders, and investors connect at an unprecedented pace, opening up new levels of communication that go far beyond traditional press releases. This revolutionary social phenomenon could be changing the way investment decisions are made.

Nearly half (49%) of professional investors read blogs, while 27% use YouTube for financial research, according to a report from Q4 Web Systems, which designs online investor-relations programs for public companies. Many investors follow each other on myTrade®, Twitter and StockTwits, where they routinely provide investment intelligence and share ideas about the companies they’re following. Twitter is so full of information that three out of five financial bloggers say they use it as their primary news source, and 63% of institutional investors say that social media will become increasingly more important to them, according to Q4’s white paper “Public Company Use of Social Media for Investor Relations 2011.”

That’s potentially good news for individual investors, because these conversations aren’t going on behind closed doors inside Wall Street’s ivory towers. These discussions are taking place in arguably the most public arena in history—the Internet. We’re talking about a direct and speedy connection from an increasing number of companies directly to you. It’s a connection that can put professional investors and newly empowered individual investors on a similar plane.

Blogging, where news and analysis collide in compelling and complicated ways, has changed the delivery and timeframe of investment research and ideas. Here’s a sampling of widely read bloggers on a short list that’s a testament to the mainstream financial media’s embrace (or at least part-willing surrender) of this communications format:

Not including J.J. Kinahan, TD Ameritrade is not affiliated with these blogs.

Hundreds of public companies have already migrated investor-relations efforts from the static world of annual reports and analyst road shows to the interactive realm of social networks. And this is just the tip of the iceberg, said Darrell Heaps, Q4’s Chief Executive Officer. He referred to a report from Investor Relations Magazine that shows 15% of U.S. public companies are already using social media, while another 74% are carefully watching the trend and planning their own strategies for the future.

Driving this shift are two factors: the explosion of mobile technology, and corporations looking for new ways to get their messages heard above the rising tide of information flooding this social medium.

“Now, there is so much information out there, that press releases just disappear into the ether, so companies are looking for new ways to stand out and separate from their peers,” Heaps said.

Q4’s studies also suggest that when companies put a report on Slide- Share, for instance, they get between six and ten times the number of views, than if that report had simply been posted on a corporate website.

Take a small copper mining company that Q4 counts among its clients. Despite the global run-up in copper prices, and commiserate boost in mining stocks, this company couldn’t get much traction with investors. It had run into problems a few years earlier, but a new board of directors and management team turned the company around. Revenue and earnings were moving forward. Still, the company’s stock lagged far behind within its peer group, and trading volume was almost non-existent.

Then its investor-relations department hit the social networks. Some managers use Twitter and StockTwits for news feeds, and put company reports out on Facebook, YouTube and SlideShare. Heightened exposure drove prospective investors to the company’s website, increasing traffic by at least 600%. Trading volume for the company’s stock doubled, and while there’s no way to be sure if social media caused the change in the company market valuation, it may have played a role in increasing the stock price, Heaps noted.

The plethora of information now available to investors is both a blessing and a curse, as users shoulder the responsibility of knowing what information matters, and which tidbits they can toss aside. Twitter says its users send 340 million messages a day, while Facebook boasts nearly 900 million members around the globe and countless communications between them.

It's All in the Delivery 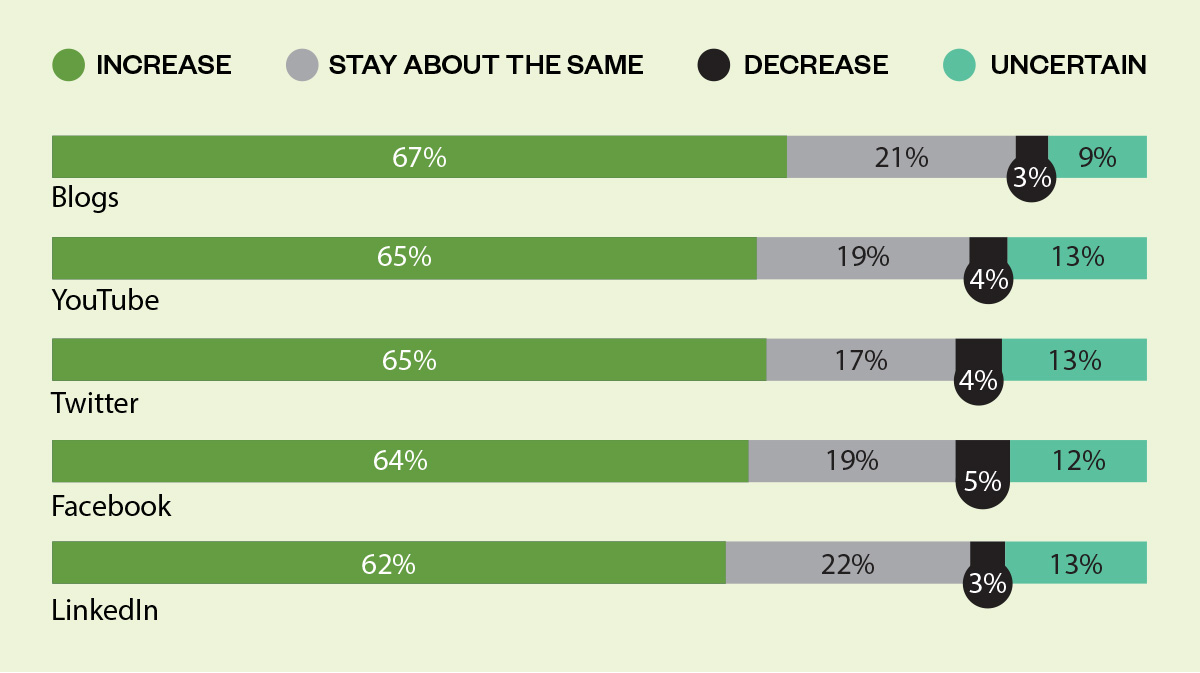 FIGURE 1: COMPANY SOCIAL MEDIA USE POISED TO SURGE OVER THE NEXT YEAR. Data show more than 60% of surveyed investor relations departments at buy-side firms (money managers, mutual funds and the like) will increase their use of communications via online, up-to-the-minute channels. Table also shows relatively equal distribution across social networking sources. Source: Q4 Web Systems.

“Adding it all up, there are potentially 1.2 billion new data points created in a single day,” said Gordon Evans, Senior Director of Product Marketing at Radian6, a division of Salesforce.com that helps companies analyze what’s being said about them in the social universe.

Of course, a lot of information moving over social media channels is about weekend plans. But a growing portion of data contains information businesses and investors may find useful.

That’s why derivatives exchange CME Group counts itself among the early adopters of social media, said Allan Schoenberg, Executive Director of Corporate Communications. And he expects more firms to jump.

“Financial services firms are being pulled into social media—not necessarily by choice, but because they have so many customers and journalists using these tools,” he said. “They are running to catch up.”

Traders and investors, too, are increasingly lining up with the pack— some willingly, and some pining for the days when they didn’t feel compelled to connect several times a day (several times an hour even), or anticipate a company’s earnings results with quite so much lead time. That’s the cost, and benefit, of bringing democracy to the world of investing.

Embrace social media’s place at the table or resist it. But understand it’s here to stay. That is, until the next best communication breakthrough comes along.

Social Signals, TD Ameritrade's web platform feature, can help keep you up to date on breaking news from a variety of brands about mergers, quarterly earnings, product launches, and more to help you make more confident investment decisions.

Learn about the public opinion »
Print

Mentally and Financially Ready to Flip the Switch? Paper Trading vs. Live Trading Accounts 2 min read Practice Trading with the paperMoney® Virtual Stock Market Simulator 4 min read You Have Nothing to Lose When Playing With paperMoney® 2 min read

TD Ameritrade is separate from and not affiliated with the entities mentioned above. All product and service names are property of their respective owners.

Q4 Web Systems, YouTube, Twitter, StockTwits Investor Relations Magazine, SlideShare, Facebook, CME Group, as well as Radian6 and Salesforce.com, are separate from and not affiliated with TD Ameritrade, which is not responsible for their content, services or policies.

myTrade is a service of myTrade, Inc., a separate but affiliated firm. TD Ameritrade is not responsible for the services of myTrade, or content shared through the service.