New Social Security rules eliminate the double-claiming used by married couples to grow benefits. Here’s what you need to know about this change to retirement 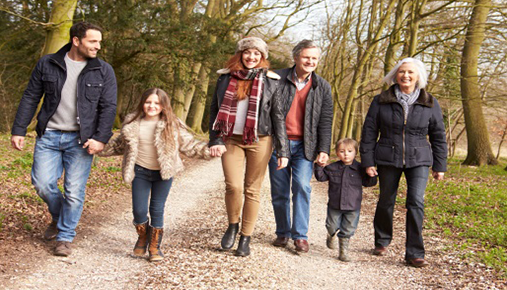 Patience can pay off, especially when it comes to Social Security benefit collection. One play-by-the-rules delay tactic was “file and suspend,” which made the most out of waiting to tap this income source for as long as possible. But the rules have changed.

The hard-fought Bipartisan Budget Act of 2015 grabbed Social Security in its net—creating this change that lawmakers say closes unintended loopholes but could also take a bite out of lifetime benefits for some retirees. That’s because the rule change wipes out the so-called double-claiming often used by married couples 66 or older to grow their Social Security benefits.

When possible, financial-planning professionals typically encourage retirees to delay claiming Social Security payments for as long as possible. Social Security benefits can be claimed as early as age 62, if applicable, but you will take a 25%-30% haircut (sometimes more in a spousal situation) if you want benefits that early.

The full-benefit starting age is 66 for people born between 1943 and 1954, and from there, it goes up to age 67. But the benefit can grow if it’s deferred. Each year that payouts are delayed (up to age 70), the monthly benefit could grow by as much as 8%. In total, that monthly benefit could swell by some 75% if it’s collected starting at age 70 instead of age 62.

Double-claiming, an offshoot of a complicated revamp to Social Security rules in 2000, took these delay tactics a little further. Some dual-earner married couples who are 66 or older have been claiming Social Security benefits twice—well within the old rules. Using “file and suspend,” one member of a double-claimer couple would file for Social Security and immediately suspend benefits. That meant the value of those benefits would rise, untouched, as if the retiree had not filed at all. In the meantime, though, their husband or wife could begin collecting his or her “spousal benefit.”

There’s more. At or after an individual’s official full retirement age (FRA), he or she could file a “restricted” application for just spousal benefits, while allowing his or her own future retirement benefit to grow. These two strategies were often used together: One spouse would file and suspend, and the other would claim just the spousal benefits. That allowed each of their respective benefits to grow longer. Now with the change, Social Security will no longer allow certain individuals to restrict an application to spousal benefits only; they will be required to file and claim all eligible benefits.

The double-claim strategy will now be available only for those who are at their FRA and who claim before the new rules go into effect 180 days after the budget agreement was signed into law on November 2, 2015. Those six months are the grace period for those who want to work under the old rules. People age 62 or older at the end of 2015 will continue to have the option of intentionally restricting an application. And if you’re already receiving benefits, these latest rule changes aren’t likely to affect you.

For the rest? Going forward, people can claim a spousal payment or one based on their own work record, typically whichever is higher—no more double-claim. And when an individual suspends his or her benefits, all benefits—including those payable to other applicable family members—will also be suspended.

At the end of the day, the most basic of smart-saving tactics is still in place—delay. Waiting to claim Social Security payments for as long as possible (and allowable) in order to grow this benefit remains a key piece of many retirement strategies.

If anything, Social Security rule changes remind us all that a diversified approach to retirement—including planning for income from multiple sources—could be necessary to support a long and happy post-work life.

Get more information on Retirement Planning. Whether you need a little guidance or a lot—we can help.