If you split your time between two residences, proper tax planning should include certainty on your residency status and domicile. 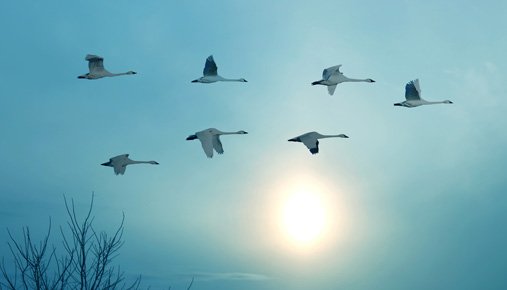 As the weather gets colder, snowbirds migrate to warmer climates to enjoy milder winters. However, many are unaware of the tax rules for Americans who split their time between homes in different states.

Did you fly south this winter? Beware: there may be tax implications if you fail to plan correctly, and you could be hit with a massive tax bill.

At the heart of the matter for folks who split their time between states are two issues: residency status and domicile.

Home Is Where You Hang Your Hat … and Maybe Your Heart

Domicile is usually defined as the place you call home and intend to reside for an indefinite period of time, says Grafton Willey, managing director at the accounting firm CBIZ MHM. "Changing domicile usually takes a proactive move on the part of the taxpayer."

Low-tax or no-tax states usually don’t care too much about people claiming a new domicile, while high-tax states work hard to keep their taxpayers as residents because they lose income taxes and estate taxes, Willey explains. New York and California have been known to be tough on domicile issues.

How much time is enough? Generally, the threshold is spending more than half the year in the state, while some states specify a certain number of days, usually 183 days. But the devil, as they say, may lie in the details.

Generally, any part of a day will be considered a day in that state. "I have seen auditors go through credit card receipts to determine where people were on specific days. Stopping for gas in one state could be determined to be a day spent in that state," Willey warns.

If you want to change your domicile, here are some things you could do:

Maintaining real estate in the old state and leaving all the artifacts of a principal residency there can cause problems. It may be important to have your new home look like a personal primary residence, Willey advises. "Aggressive states such as New York take the position that you are a New York State resident if your heart is still in New York. They will look to see where your focus of living is, such as where your personal effects, social associations, and family are," Willey says.

Do you have a burial plot? States have taken it to the extreme when attempting to prove domicile. "In one of the most egregious cases I’ve seen, the State of Rhode Island argued in court that a taxpayer that moved to Florida still had a cemetery plot in Rhode Island and therefore they intended to return Rhode Island in the end. Thankfully Rhode Island lost that case. However, some states have cemetery plots as one consideration of domicile," Willey says.

Do the Addresses Match? And How Permanent Is Permanent?

Here’s another way some snowbirds get tripped up. Most states share information with the IRS. They’ll match documents filed with each department, including matching federal tax return addresses with returns filed in their state, Willey explains. "If you use an address different from your home state, you may receive an inquiry and sometimes a bill for not filing in the state that the address is in. Then it takes time to resolve the issues."

Leaving a residence for a few years and then returning can also cause problems. "Sometimes taxpayers will try to move to a no-tax state such as Florida, record a substantial taxable transaction, and return to their original state after the transaction is finalized. A number of states have a five-year look-back, meaning if you return within the five years, they will take the position that you moved to avoid taxes and really did not change your domicile," Willey says.

You May Still Be Liable for Taxes in Your Old State

One thing snowbirds may forget is that residency does not preclude you from paying taxes to the old state, Willey says. Income is apportioned to states based on where it is sourced, not where you live.

"If you are earning income and are performing services in the old state, that is where the taxes should be reported. Real estate and business income should be sourced to the state where the assets are located. Income from intangible assets may be the only income that is reported to your resident state. Even when you change your residency, you may still have to file as a non-resident for income that is attributable to your old state," Willey explains.

What can you do? The key to successfully defending against domicile questions is to document your time and activities in each state, Willey says.

Although there may be some paperwork and a few headaches, getting away from piles of snow and freezing temperatures may still be worth it in the end.

Don’t Be Left in the Cold

Regardless of your age, saving for retirement should be an important priority in your overall financial plan. How much do you need to save to reach your retirement savings goal?

Find out by answering these questions »
Print

CBIZ MHM is separate from and not affiliated with TD Ameritrade, which is not responsible for their services or policies.