Experience and wisdom still matter in the workforce, which can benefit older job-seekers. Follow these pointers when attempting to get that late-career job.. 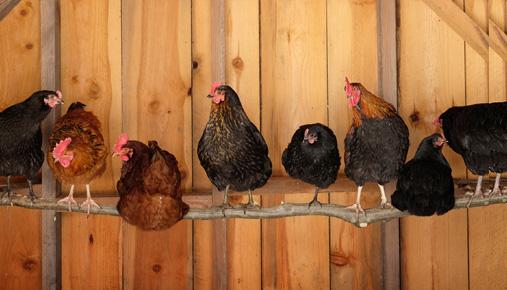 Searching for a job is hard, whatever your age and whatever the economy’s status. That probably doesn’t come as news to anyone.

For older, late-career workers, there are added challenges. Corporate America seems to be fixated on technology-savvy millennials (and cheaper labor, by the way). People age 55 to 64 spend about two months longer unemployed, on average, than those half their age, according to recent statistics from the U.S. Department of Labor.

You may not be a spring chicken anymore—there’s no getting around that and other realities. But experience and wisdom still matter, and workers in their 50s and 60s have much to contribute—they just need to state their case clearly and coherently. The following pointers, experts say, can help older workers kick-start a job search and boost their chances of landing gainful employment.

Hung Up about Your Age? Don't Be

Age discrimination is illegal under federal law, and employers are prohibited from directly asking job candidates about their age. Still, age bias exists, and recruiters and human resources managers can discern age through a college graduation year on a resume or other clues. No sense concealing the matter; instead, think of any given job posting as a company’s problem that you can solve.

“If you think about why someone is going to hire you as a candidate, the most likely answer is that they have issues and they believe you’re the best solution,” says Scott Kane, founder of Gray Hair Management, LLC, a career coaching service. “If that’s the case, and you are the best solution, then what does age have to do with it?”

Renee Ward, founder of Seniors4Hire.org, warns against any sort of defeatist mindset. “Don’t assume that just because the hiring manager may be younger that they won’t give you equal consideration for employment. At the end of the day, they want to hire the best person for the job.”

Whip Your Resume Into Shape

A resume shouldn’t be a static document; it should be updated frequently and tailored for specific positions, Ward says.

“The generic type of resume doesn’t work anymore,” Ward says. “Companies want to know what you can do for them today. Resting on your past laurels will not help, but your vast knowledge, good judgment, and wisdom surely will. That only comes from experience."

“You need to demonstrate how the company (and the hiring manager) will benefit by hiring you and address how your abilities and skills make you a superior candidate.”

Kane says a resume must be “accomplishment-driven,” rather than just a list of responsibilities. “No one cares what you’re supposed to do, only what you have accomplished,” he says, adding that a resume is akin to a “highlight reel” on a nightly sportscast—your greatest hits, in other words.

Know the Market, Know Your Value, and Play It Up

The U.S. unemployment rate was 4.3% in August, a 16-year low, while unemployment for people age 55 and older was even lower, at 3.2%, according to the Labor Department. But experts say those numbers can be deceptive, since many older people have retired, formally or informally, or are classified as “discouraged,” apparently having given up on finding work.

The number of people 55 and over who were “not in the workforce” in July rose 2.4% from the same month in 2016, and the labor force participation rate for that age group was just 40.1% (compared to 62.9% for the overall workforce).

Takeaways? The U.S. labor market is reasonably strong and getting stronger, experts say, and businesses need good people, whatever their age.

“There are jobs out there, and contrary to popular belief, people over 55 are not over the hill when it comes to work,” Kane says. “All they have to do is understand their value compared to people with 10 years’ experience. One of the biggest problems is they don’t know what differentiates them from their competitors.”

A job search, Kane adds, “is really a marketing exercise.”

Build and Maintain a Sharp LinkedIn Profile (Including a Decent Photo)

This is an absolute necessity today, Kane says. “I haven’t met an HR rep or recruiter who says they don’t check LinkedIn before making the call to a candidate,” he says. “I’ve had people tell me they won’t call anyone if they’re not on LinkedIn.”

At the same time, your LinkedIn profile should not be just a resume dump. List your top positions and achievements, but more as appetizers, not the full meal. “If your full resume is on LinkedIn, you’re giving the HR person more info than you should,” Kane says.

Once you’ve got your profile in shape, go to the “Jobs” section on LinkedIn and set up a few alerts specifically worded for positions you’re seeking (“sales director,” for example). Also, use a professional profile photo, or something reasonably close—selfies often appear awkward or unflattering, and a party picture is probably a bad idea, Kane says.

Recognize the Limitations of LinkedIn and Other Social Networking/Job Sites

LinkedIn, along with job posting sites such as Indeed and Monster, can be valuable tools for keeping you informed on who’s hiring and for what kind of roles. But by no means should you rely on them exclusively.

LinkedIn “is really a one-way street […] that benefits HR people and recruiters,” Kane says. “As far as finding jobs, it’s no better than any other site.” He estimates that the typical job seeker has roughly a 5% chance of landing a position through these sites.

Think of the HR department as a “spigot,” Kane says. After a few hundred or so applications come in through an online posting, many HR managers turn it off. “If they don’t find someone, they turn the spigot back on.”

This takes us to perhaps the most important step of all …

Kane says he encourages people to apply for positions online, but then dig deeper: search LinkedIn or elsewhere to try to identify the hiring manager. Then, get out of the house, meet people, and try to connect the dots.

“The majority of jobs come from who you know,” Kane says. “The majority of our clients get jobs through networking” by seeking out a friend of a friend, for example, who could introduce you to the hiring manager.

This isn’t just about who you know right now, today. “Your next job may come from someone you meet tomorrow,” Kane adds.