How Your Retirement Will Be Different from Grandpa’s

Retirement looks different now than in days of yore. Make sure you’re informed and planning ahead with specific goals—financial and personal. 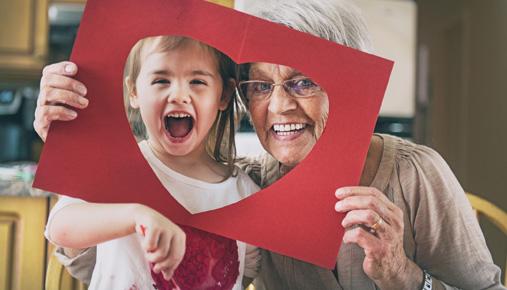 News flash: Retirement has changed. Most of us probably know it doesn’t work quite like it used to. The biggest way retirement is different nowadays is a shift in mentality from the days of getting a gold watch, collecting a pension, and sailing off into the sunset, said Dara Luber, senior manager of retirement at TD Ameritrade.

Her grandparents, for example, moved to Florida and lived out their days “doing almost nothing,” she said.

Now, people are living longer, healthier lives and want to be more active to enjoy their retirement, she said. “They’re just living the life they wanted to live while they were working,” she said.

Some even choose to pursue a different career later in life, she said.

Technology is also changing the face of retirement. Modern medicine is helping folks live longer. Baby boomers use Facebook to keep track of the grandkids. And thanks to the Internet, researching travel has never been easier.

Who’s Saving for Your Retirement?

The way we save for retirement is different today, too.

Historically, pension plans were the norm, but fewer and fewer people are getting pensions these days, Luber said.

Now, 401(k)s and IRAs are more common. And “we all know where we think Social Security is headed,” she said.

What does it all mean? The bottom line: Saving for retirement on your own has never been more important. But a TD Ameritrade survey conducted by market research agency Head Solutions Group shows that, of those saving for retirement, only around 30% of millennial parents and grandparents with millennial children are confident that they’ll hit their retirement savings goals.

Why? Life can simply get in the way. Four in 10 millennial parents and nearly half of grandparents have had to dip into retirement savings to deal with things like emergencies or household bills, the survey shows.

To boost your chances of having what you need in retirement, set a specific savings goal. Think through things you want and need, which could include medication, shelter, travel, spending time with grandchildren, and eating out with friends. An emergency fund is a good idea, too.

“It’s going to differ for everybody,” Luber said. But she said that people with specific goals are more successful in saving.

Of course, money isn’t everything when it comes to enjoying retirement. Family is clearly a priority.

Luber says many grandparents agree to act as caregivers to the grandkids, at least part-time, as a way to help keep their brains and bodies more active in their retirement years.