Inherited IRAs and Complex Rules: What You Need to Know

Inherited IRAs may be simple exchanges for spouses, but require a little more work for those family members and friends who aren’t. 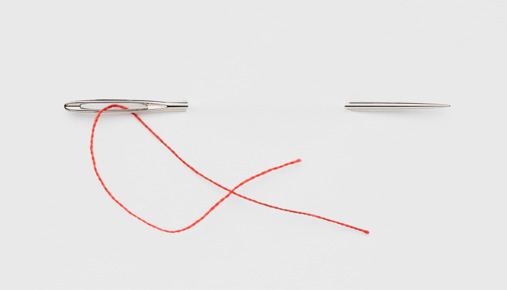 You’ve just been notified that you inherited a sizable individual retirement account, or IRA. Now what?

This is another in the “it depends” answer column, as the Internal Revenue Service’s rules for inherited IRAs vary depending on whether the account was passed down from a spouse or someone else, including a parent; and whether it was a traditional IRA, a Roth account, or a retirement plan account.

First, a word of caution: The rules we’re about to outline could change. Generally, inherited IRA accounts have been considered the second largest source of wealth for individuals (outside of their homes) and have long been used as a means of passing riches through affluent households. That may become a tax haven of the past if Congress votes early this year to kill the so-called “stretch IRA”—which stretches wealth over several generations, allowing the tax-deferred balance to compound over a number of years—for beneficiaries who are not spouses.

Until then, be mindful about navigating the dos and don’ts of these types of inheritances. A slipup could cost you big. You might be best served by contacting an estate lawyer or tax professional before making any major moves.

Most beneficiaries of inherited IRAs tend to initially be spouses, who then often hand them down to their children. But the owner of a traditional or Roth IRA can pass them down to any person or trust fund they deem appropriate.

Eventually all the money in the IRA, no matter which type, must be withdrawn. And some professional help might be a good idea to determine the best tax strategy to employ when drawing down funds. Traditional IRA funds will be taxed as income as usual, while Roth IRAs have already been taxed.

There are limited options about when you can or should take money out of the account, most of which follow the general required minimum distribution (RMD) rules set by the IRS. (Find more information on beneficiary choices at IRS.gov.) For those inheriting IRAs who are not spouses, there are special rules. The RMD is the minimum amount that must be withdrawn from the account every year.

For Surviving Spouse: The Jackpot

Those who are bequeathed their spouse’s IRA can simply take the fund and treat it as their own, according to the IRS. They can roll it over into their own IRA account, or when applicable, into employee or annuity plans. That, in effect, resets the account as their own under their own RMD rules and allows them to name their beneficiary. Moreover, they can continue to add to it.

Like their own accounts, too, if they tap any of that money before age 59 1/2, they’ll get smacked with a 10% penalty tax. Not surprisingly, there are also RMD rules based on their spouse’s age at death, reducing the distribution period by one year, or waiting until the owner would have turned 70 1/2 to take portions.

Or they can keep the funds in an inherited IRA and make withdrawals at any time without the 10% penalty if they’re younger than 59 1/2. What’s more, they can clear out the entire balance by the end of the fifth year if their spouse was not required to pull RMDs before his or her death. Remember, though, taking it all out at once may push you into a higher income bracket—and create a bigger tax bite.

For Non-Spouses: The Clock Ticks

Unlike the treatment for spouses, friends or family members can’t roll inherited IRAs over into their own accounts nor make any contributions to them. They can transfer them into inherited traditional or Roth IRAs.

If the IRA owner was under 70 ½ a non-spouse beneficiary has 2 options:

If the IRA owner had started RMDs, the only option for a non-spouse is to continue the life expectancy payments. The 5 year option is not allowed if the decedent was over 70 ½.

Also, if the account owner was required to take an RMD in the year he or she died, but hadn’t yet taken it, that RMD is required to still be taken in that year.

And don’t forget that the IRS doesn’t like it when you miss those RMDs, and will slap you with a 50% penalty fee.

Here’s a tidbit about these inheritances to remember: Although you may keep them in an IRA, they will always be considered inherited IRAs, meaning they are not protected in bankruptcy unless you are the surviving spouse.

The Supreme Court ruled in 2014 that inherited IRAs are not exempt from creditors because they are not considered “retirement funds” under the bankruptcy code. Why? Because they weren’t set aside by the beneficiaries themselves for retirement, even though a large number of these inheritances are used for those golden years.

The provision to kill the stretch IRA is part of the Retirement Enhancement and Savings Act of 2016 (see page 5), which was introduced into Congress in November after a clean 26-0 vote cleared the Senate finance committee in September. If passed as written, IRA balances over $450,000 inherited by non-spouses will need to be distributed within five years of the death of the account owner, with some exceptions.

See if you are on the right path to retirement. Call us at 800-213-4583 to speak with a retirement consultant who can personalize a plan for you.