Five Ingredients to the Secret Sauce of Happiness in Retirement

What will keep you happy in retirement? Money, sure, but other things may be more important. 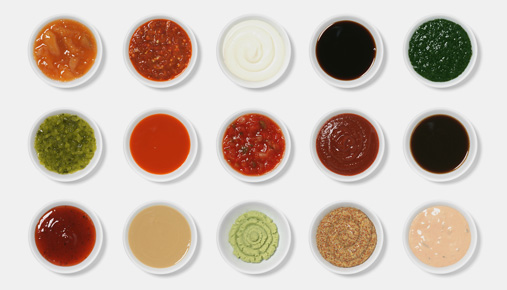 What is happiness? How can you be sure you’re happy when you retire? Will your happiness be tied to money? Your health? Your friends and family? All of the above? In other words, what’s your “secret sauce?”

When researchers marry nature with science—and there has been a heap of research on happiness the last two decades—they find that the things you’d expect make people happy, actually do. But they are not always the things that keep people happy.

“That said, there have been some surprises,” he said in an interview with the Harvard Business Review. “For example, while all these things do make people happier, it’s astonishing how little any one of them matters.”

“As it turns out,” Gilbert says, “people are not very good at predicting what will make them happy and how long that happiness will last.” A new house, he says, will make you happy but not much and not for long. Few experiences can keep us happy for longer than three months, according to studies. Three months! Roughly 90 days, and then we want to move on to something else.

Gilbert says that most people will create happiness in even the worst of times because they attune and adapt to the situation. A trauma or tragedy can be debilitating, but after an adjustment period, people tend to find a silver lining and learn how to be happy—even happier than they ever could have imagined.

“We have a remarkable ability to make the best of things. Most people are more resilient than they realize,” Gilbert says.

Bring to a Boil, Stir Constantly, Season to Your Taste

Living happily at any life stage can be challenging at times, but studies show that if you practice honesty, both with yourself and those around you, surround yourself with good friends and family, and are mindful of the situations that you’re in, you can achieve levels of happiness you didn’t know existed. Here are some of the findings from a handful of experts on how to find everlasting bliss in retirement:

Retire by choice. That may sound simple, but as many baby boomers can attest, the last recession pushed many into a “retirement” for which they weren’t ready, either financially or emotionally. In the book The Retirement Maze, authors Rob Pascale, Louis H. Primavera, and Rip Roach found that many people don’t really like being retired, especially in the early years. But of those who chose to retire—set a date, put a plan in place, etc.—69% of them were “satisfied.”

The authors’ advice is to find a way to break away from the job life you lived for so many years in order to embrace your new life and the opportunities it presents. That follows Gilbert’s theories on how we find silver linings. It’s crucial, they say, to try new things in retirement that will keep you interested, engaged, and enthused.

Or evolve into new work, new life. There’s a new buzzword in retirement—transition—which reflects a growing movement to offer “phased retirement” programs to workers. It’s an opportunity to let workers ease out of a full-time job into a part-time position or other flexible retirement option. “Work may serve to keep us cognitively alert, physically active, and socially connected,” according to the Health and Retirement Study (HRS) conducted by the Institute for Social Research at the University of Michigan. For example, HRS research finds that some of the potentially negative effects of retirement on physical and mental health seem to be related to lifestyle changes, such as declines in physical activity and social interaction.

“Transition to partial employment or to a bridge job appears to be associated with fewer physical declines and better mental health,” the study said, adding that other research “suggests that having a mentally stimulating job is associated with slower cognitive decline later on in retirement.”

Be mindful. Dr. Jon Kabat-Zinn, who some 35 years ago discovered the link between meditation and stress reduction, and went on to establish the Mindfulness-Based Stress Reduction (MBSR) program at the University of Massachusetts Medical Center, tells patients to get out of their own heads and experience the world in which they live. “Mindfulness is awareness that arises through paying attention, on purpose, in the present moment, non-judgmentally,” says Kabat-Zinn.

In a recent interview for the Huffington Post, Kabat-Zinn urges people to be “aware” of what’s happening around to find happiness. “Awareness is a capacity you already have within you, but usually people feel like they’re missing something,” he says. “What we’re saying is there’s something larger than your self-constructed universe of thoughts and emotions. This awareness is an intrinsic dimension of your being by virtue of being human. It is always available, but we rarely pay any attention to it or learn to inhabit it. And if we do, it is profoundly healing and transforming.”

Get out and do stuff. Yes, money can make you happy, but it has its limits, and how we spend it is where the real level of pleasure can be found, according to a study out of Cornell University. Millennials apparently already know this, as recent consumption-spending studies have shown, but in retirement it’s not the things you acquire that will make you happiest, but the things you do. And there’s a bonus: You’re grateful for the experience and you’re more sociable because of it, according to Cornell studies.

“It suggests that the benefits of experiential consumption apply not only to the consumers of those purchases themselves, but to others in their orbit as well,” says Amit Kumar, a postdoctoral researcher at the University of Chicago and co-author of the Cornell paper. So go out and live already.

Foster good relationships. Harvard University’s nearly 80-year study of graduates, mostly men because of the makeup of the school when the study was launched during the Depression, is perhaps one of the world’s longest studies on the health and well-being of adult life. The findings have “produced startling lessons,” according to a recent report in the Harvard Gazette.

“The surprising finding is that our relationships and how happy we are in our relationships has a powerful influence on our health,” says Robert Waldinger, director of the study, a psychiatrist at Massachusetts General Hospital and a professor of psychiatry at Harvard Medical School, in the report. That’s not to say that smoking and excessive alcohol intake might not kill you, but the quality of your relationships and social circle are heavy contributors to well-being. “Taking care of your body is important, but tending to your relationships is a form of self-care too. That, I think, is the revelation,” says Waldinger.

Close relationships are what keep people smiling, the study has found, far more than money, fame, education, and maybe even mindfulness. It’s not only about the connection that relationships give us, but the safety of it, too. “Good relationships don’t just protect our bodies; they protect our brains,” Waldinger says in a recent TED talk about the study. “And those good relationships, they don’t have to be smooth all the time. Some of our octogenarian couples could bicker with each other day in and day out, but as long as they felt that they could really count on the other when the going got tough, those arguments didn’t take a toll on their memories.”

Although each of us has our own recipe, and tastes do change over time, make sure you serve yourself a generous portion of retirement happiness.

Retirement planning isn’t a set-it-and-forget-it proposition. Your plans take thoughtful care and the help of professionals.